Palestinians and Israel exchange new round of strikes 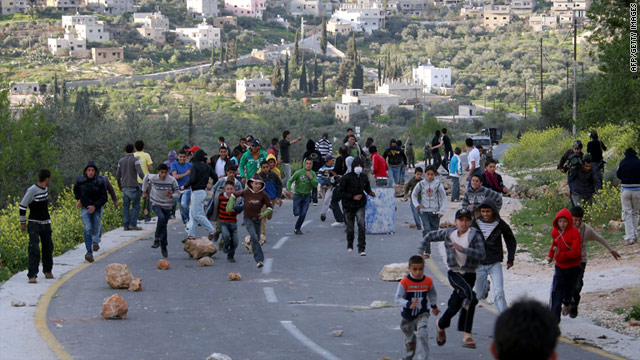 The strikes and counterstrikes mark the latest phase in an unusually intense round of violence between Israelis and Palestinians.

At least 10 Palestinians have been killed since Saturday, including two children, and though both sides say they do not want the violence to escalate, Wednesday's attacks show it does not seem to be abating.

The Israeli man hurt Wednesday was injured in one of two rocket strikes on Beer Sheva, an Israeli army spokeswoman said.

The Israel Defense Forces struck back at a rocket launching site in northern Gaza associated with one of the other attacks Wednesday. Two militants were injured, one critically, Palestinian medical officials and Hamas sources said.

Israeli Prime Minister Benjamin Netanyahu said his country would "protect our citizens rigorously and determinedly. No country would put up with continuing rocket fire on its cities and civilians, and of course Israel will not put up with that."

"We are very determined to hit the terrorists and prevent them from harming our citizens," he added.

The violence comes after four Palestinian militants were killed Tuesday evening in an Israeli airstrike in the Zeitoun neighborhood east of Gaza City.

An Israeli army spokeswoman said that an Israeli military aircraft fired toward the group after identifying a group of militants who were preparing to launch a rocket into Israel.

In an earlier incident Tuesday, two adults and two children were killed in the Al-Shajaieh neighborhood east of Gaza City when shells from Israeli tanks hit a house there, the sources said.

The children, 11-year-old Mohammed Jihad Al-Hilo and 16-year-old Yasser Ahed Al-Hilo, were playing soccer outside their house when the shells hit, the sources said.

Yasser Hamed Al-Hilo, 50, and Mohamad Saber Harara, 20, were also killed, according to the sources. Eight others were wounded, three of them critically, they said.

The IDF said the mortar attack was carried out in response to the launch from Gaza of four military-use projectiles into the Shaar Hanegev regional council area.

"It appears that uninvolved civilians were injured as a result," the IDF said.

The incident was under investigation by the IDF. "The IDF does not want an escalation of violence in the South," an IDF spokesman said.

In a statement, Netanyahu expressed regret over the deaths and injuries of Gaza civilians in Tuesday's Israeli military action and said the strikes were carried out in response to Hamas attacks on Israeli citizens.

"It's unfortunate that Hamas continues to intentionally rain down dozens of rockets on Israeli civilians using its own civilians as shields," he said. "Israel has no intention of bringing about a deterioration of the situation, but at the same time the IDF will continue to act decisively to protect Israeli citizens."

Hamas condemned the killings east of Gaza City. "The massacre in Al-Shajaieh neighborhood is a war crime and the Israeli occupation bears full responsibility," it said in a statement.

Palestinian Prime Minister Salam Fayyad also condemned what he called "the Israeli aggression against the civilians" and asked for international protection of civilians.

He called the military shelling of residential neighborhoods a "dangerous escalation that should be ended."

Since Saturday, 10 Palestinians have been killed and at least 37 others wounded in a series of incidents in Gaza, Palestinian medical sources said.

Also since Saturday, 61 mortars and rockets have been fired into southern Israel, the IDF said.