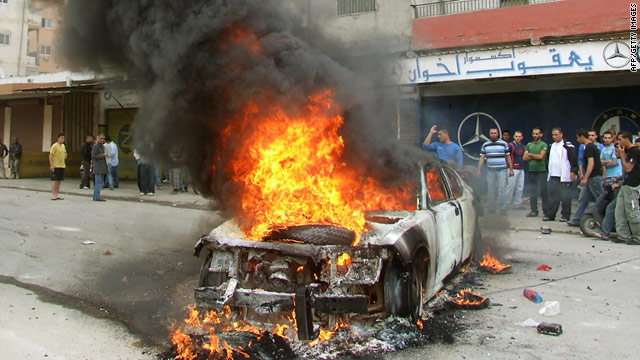 Lebanese men gather around a burning police car during a protest in the southern port city of Tyre on Thursday.
STORY HIGHLIGHTS
RELATED TOPICS

The incident occurred in the southern port city of Tyre, and an investigation is under way into the incident.

Residents threw rocks and fired shots at security forces who were trying to stop the illegal construction of homes, the ISF said.

Three military cars were burned in the melee, the security forces said.

The city is a mix of Christians and Shiite and Sunni Muslims. Palestinians live in refugee camps around the city.