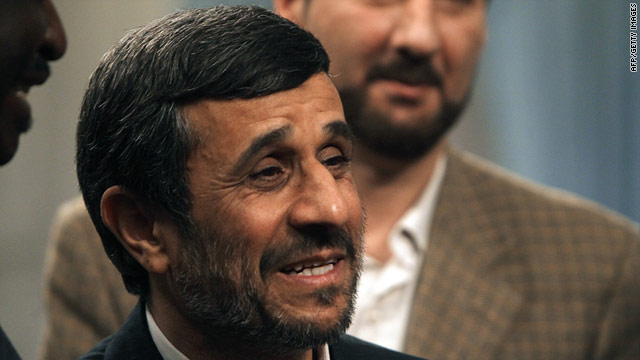 Mahmoud Ahmadinejad (pictured on March 8) said he would act as 'caretaker' for the oil ministry.
STORY HIGHLIGHTS
RELATED TOPICS

The move, according to the Islamic Republic News Agency, follows Ahmadinejad's decision to relieve three Iranian ministers of their duties as part of a plan to merge ministries.

"I am the caretaker of the Oil Ministry," Ahmadinejad said in a televised speech, IRNA reported.

The government announcement to merge the ministries was made May 9. The move has provoked criticism from Iranian parliamentarians.