U.S. general: Militant attacks on American troops in Iraq on the rise 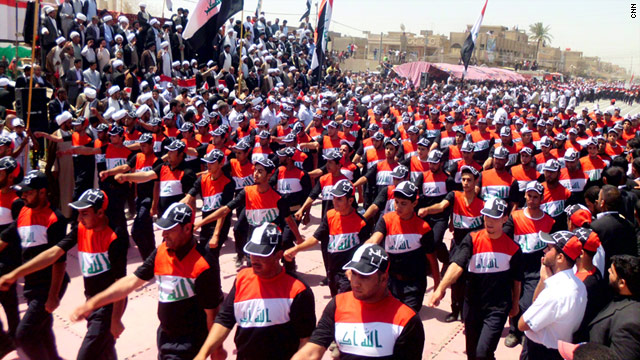 (CNN) -- Attacks against American troops in Iraq by armed militias are on the rise, an attempt to demonstrate their power ahead of an anticipated U.S. withdrawal at the end of the year, a top military spokesman said.

The attacks come as Iraq debates whether to request U.S. troops stay beyond a January 1, 2011, deadline that requires 46,000 American forces out of the country.

"This is one thing that I think all along we have really anticipated," Buchanan said.

While al Qaeda in Iraq, predominantly Iraqi Sunni insurgents, continue to launch strikes, Buchanan said the militia attacks against the U.S. are "designed for power and they want to claim credit for our redeploying, for us leaving."

In recent days, four U.S. vehicles were targeted by roadside bombs, including an explosion Sunday on the outskirts of Baghdad that killed two American soldiers. They were identified by the Defense Department as Sgt. 1st Class Clifford E. Beattie, 37, of Medical Lake, Washington, and Pfc. Ramon Mora Jr., 19, of Ontario, California.

Last week, U.S. soldiers caught a man suspected of conducting reconnaissance on American convoys, Buchanan said. The man was in possession of "a whole file of videos" believed to be used to improve the effectiveness of roadside bombings, he said.

The U.S. military has long accused Iran of providing money and weapons to Shiite militias, such as the Promise Day Brigade, Hezbollah and al-Haq, that in turn attack American troops. Iran denies it.

Overall, the numbers of attacks in Iraq have dropped drastically since 2007 when sectarian violence nearly tore the country apart. There have been 13 attacks a day in Iraq during the first four months of this year compared with 145 a day in 2007, Buchanan said.