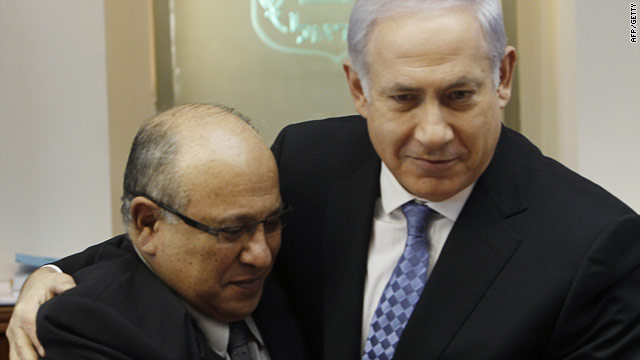 Jerusalem (CNN) -- Israel's former top intelligence official says the country does not have the ability to stop Iran's nuclear program and that a pre-emptive attack against the Islamic Republic would result in a regional war that would pose Israel with an "impossible" challenge.

"We do not have the ability to stop Iran's nuclear program. In the best case scenario we can push it off a bit," said former Mossad chief Meir Dagan in widely reported remarks to a Tel Aviv leadership conference Wednesday.

"It is important to know what the outcome of an attack on Iran would be, what would happen on the day after and what situation Israel would find itself in on the international stage," Dagan said.

"An attack on Iran would mean regional war, and in that case you would have given (Iran) the best possible reason to continue the nuclear program because the Iranians would then claim, 'We have been attacked by a foreign country that is reported to have a military nuclear capability. Now we have no choice but to defend ... against a country with strategic capabilities -- a compelling and principled argument for them to move to a large nuclear program," he added.

"It is important to know that that war would not just be against Iran. It would be a regional war that would include Syria -- if we needed to attack Hezbollah targets in Syrian territory. The regional challenge that Israel would face would be impossible."

The blunt public comments, which have been printed in various Israeli newspapers, are not the first from Dagan, who spent the last eight years heading the Israeli spy agency. Dagan left his position in January and in recent weeks has made a series of comments that have been at odds with the public policy positions of Israeli Prime Minister Benjamin Netanyahu on the sensitive issue of Iran and it's nuclear program.

Netanyahu has repeatedly maintained in public that all options including military force should be considered to force Iran to halt its nuclear program. Both Israel and the United States believe Iran is developing nuclear weapons -- an allegation leaders in Tehran deny, maintaining the program is for civilian use only.

In his comments, Dagan compared the strategic environment facing Israel to the eve of the Yom Kippur war in 1973 and warned that the country should go to war only if it was attacked "or if there is a gun to your head -- that is to say, conflict is unavoidable and the only way to minimize the threat is to use violence."

Dagan suggested conflict was not yet unavoidable and offered advice to the prime minister "not to make a decision to attack Iran."

"It is important to consider all options and not to run straight for the war option. At the moment no decision has been made to attack Iran, and I am not familiar with any decision to attack in 2011 or 2012," Dagan told the audience.

In addition to Iran, Dagan said it was crucial for Israel to present some sort of plan for getting talks restarted with Palestinians and suggested adopting the 2002 Saudi Peace initiative, which outlines normalization of relations with Arab countries in exchange for a Palestinian state based on 1967 lines with a "just solution" to the Palestinian refugee issue.

"We have no other way, and not because they are my top priority, but because I am concerned about Israel's well-being and I want to do what I can to ensure Israel's existence," Dagan said "If we don't make proposals and if we don't take the initiative, we will eventually find ourselves in a corner."

It is not uncommon for former Israeli intelligence chiefs to be speak publicly, but for the widely respected Dagan to speak so openly and so soon after his departure has raised eyebrows in Israel. To that point, Dagan told the Tel Aviv audience "it is important for ex-officials to make their opinions known."

The office of Prime Minister Netanyahu declined to comment on Dagan's remarks.

Earlier in the year Dagan courted controversy when he stated that Iran would not be able to develop a nuclear weapon before 2015. which prompted Netanyahu to disagree publicly stating, "I think that intelligence estimates are exactly that, estimates. They range from best case to worst case possibilities, and there is a range there, there is room for differing assessments."