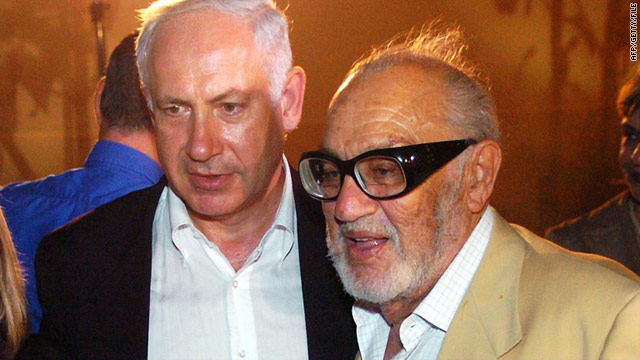 (CNN) -- An Israeli business tycoon whose company was cited by the U.S. State Department for allegedly having trade relations with Iran has died.

Ofer's company, Tanker Pacific, recently was named by the State Department as one of seven companies who were involved in trade with Iran, thereby breaching international restrictions imposed as part of an effort to suppress Tehran's nuclear program.

Deputy Secretary of State James Steinberg said Ofer's company is on the list of businesses "engaged in activities related to the supply of refined petroleum products in Iran."

Ofer's company publicly denied the accusations and referred to them as a possible "misunderstanding."

"We are acting together with Israeli officials and our advisors in Washington to remove our name from the list of sanctioned companies ...the company does not have any dealings, business or otherwise, with anyone that violates this embargo," the company said in a statement released last week.

The revelation set off a public controversy in Israel, with questions being raised about what dealings the company had with Iran and what the Israeli government knew about such activities.

Members of the Ofer family have argued this week that they have acted under the authority of the state of Israel, a claim that was bluntly denied by Israeli Prime Minister Benjamin Netanyahu.

"We did not approve any docking or unloading of commodities in Iran. Israel has a very clear policy with regard to Iran and no sort of relations with it are allowed," Netanyahu said Monday.

A Knesset hearing into the matter earlier this week was canceled just as it was beginning under unusual circumstances when the chairmen of the committee, Carmel Shama, ended the session immediately upon receiving a personal note.

Shama did not disclose the identity of the writer but said "it did not come from a political or from a business-related source."