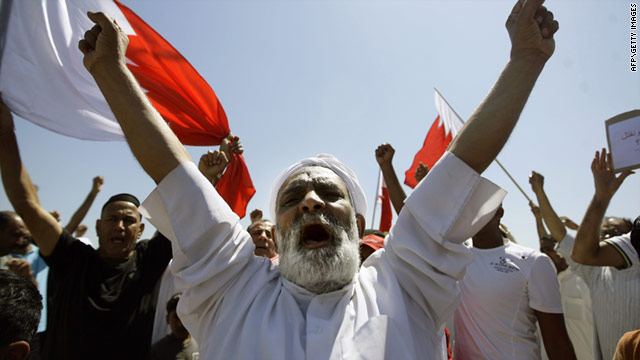 (CNN) -- The trial resumed Monday of dozens of Bahraini doctors and nurses accused of working to undermine the Arab country's government during mass protests earlier this year, with seven additional witnesses taking the stand.

Prosecutors claim the accused took over the Salmaniya Medical Complex in Manama, stored and funneled weapons to protesters and effectively kept people prisoner.

But the medical staff members, their lawyers and international human rights activists have said that the defendants were tortured to extract confessions. According to reports from Physicians for Human Rights, Human Rights Watch and Doctors Without Borders, witnesses said security forces stormed the capital city's main hospital where they fired tear gas and other chemical agents and beat doctors and demonstrators. Bahraini officials have denied such allegations.

The testimony Monday focused on what happened in and around the hospital -- "both on an administrative and security level" -- at the height of the unrest, according to a report from the state-run Bahrain News Agency, or BNA. The judge also heard about the medical complex's emergency procedures, as well as information on the whereabouts between February 14 and March 17 of some of those charged.

According to the BNA report, one person questioned claimed that a hospital staff member gave out bags of blood to other staff members, so they could be given to protesters to splash on themselves.

One witness claimed that Dr. Ali Al Ekri coordinated the distribution of knives to protesters by ambulance, thus evading security personnel. The witness testified five meetings devoted to aiding demonstrators were held in the surgeon's clinic, where prosecutors have said that two automatic rifles, ammunition and hospital knives were found.

A nurse claimed she saw Al Ekri participate in protests at the hospital's entrance, with the BNA report adding that the court heard that some demonstrators even set up tents inside the hospital.

The head of the complex's emergency unit testified that he submitted a report alleging violations, including difficulties getting to patients. During the crisis, about 400 patients were treated in the emergency unit -- less than half the normal patient-load of 1,000.

Activists and human rights groups allege that medical workers are being prosecuted because they did provide treatment to anti-government protesters.

On Monday, one person disputed reports that doctors had discriminated against patients. However, another witness said that a surgeon named Ghasan Dhaif did once say, in anger, that he believed some of the wounded were mercenaries and should be removed from the hospital.

It is one of a host of trials that have been or are scheduled to be held related to the aftermath of protests that swept the island kingdom this winter, at a time when people around the Arab world were rising against their rulers. The small Persian Gulf nation, which is home to the U.S. Navy's Fifth Fleet, has been ruled by its royal family since the 18th century.