21 convicted for anti-government protests in Bahrain 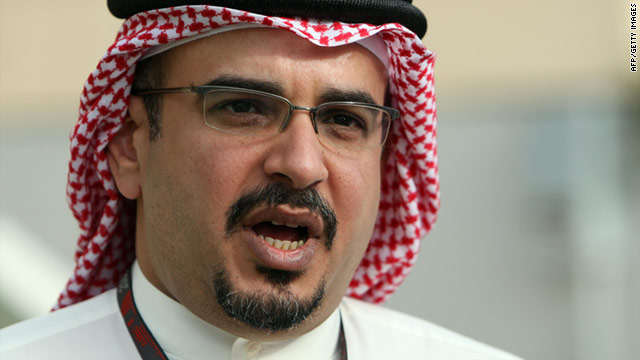 They were among 21 people who were convicted on terrorism-related charges in connection with the anti-government protests in the country, the Bahrain News Agency said.

Soon after the judge read the verdict, the defendants protested loudly, prompting officials to forcibly remove them from the courtroom.

Zainab al-Khawaja, a spectator, protested her father's life sentence by yelling "God is Great." She was arrested.

Rights groups have urged Bahrain to halt the special military court proceedings, with Human Rights Watch deeming them a violation of international law.

In London, Britain's foreign office minister for the Middle East, Alistair Burt, said he was "extremely concerned" over the sentencing and the nature of many of the charges. "It is deeply worrying that civilians are being tried before tribunals chaired by a military judge, with reports of abuse in detention, lack of access to legal counsel and coerced confessions," he said.

Bahraini human rights activist Nabeel Rajab said he, too, disapproved of the trials.

"This court does not meet international standards for human rights and for fair trials. The people were sentenced for expressing their opinion and for opposing the government," Rajab said. "This goes against the government saying it wants a dialogue."

Sheikh Ali Salman, head of the opposition Wefaq group, said Wednesday's sentencing goes against the conditions called for by Obama and the international community to restore calm ahead of any dialogue.

Khalil Marzooq, a Wefaq leader, said the Shiite organization was reviewing whether to enter into national dialogue.

He said the continuing crackdown and trials, not the protests, were hurting the country's international standing.

Bahrain is one of several Middle Eastern and North African countries embroiled in anti-government protests. The ruling royal family -- Sunnis in a majority-Shiite nation -- accuses protesters of being motivated by sectarian differences and supported by Iran.

Also on trial in Bahrain are dozens of doctors and nurses who are accused of taking control of a hospital during anti-government protests, storing weapons and holding people prisoner.

The doctors, their lawyers and international human rights activists say the defendants were tortured to extract confessions.