Comedian Ahmed Ahmed stands up for Arabs' right to laugh 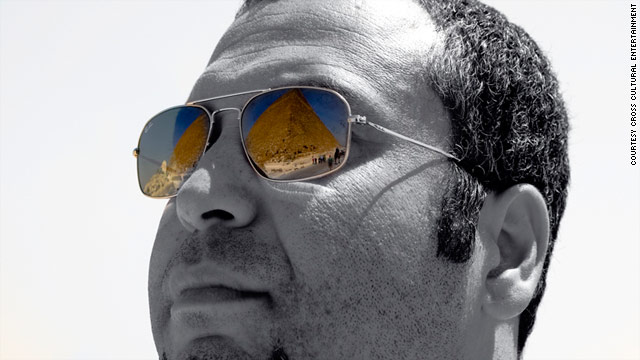 (CNN) -- When Ahmed Ahmed, an Egyptian-American stand-up comic, started doing comedy tours of the Middle East his friends in the U.S. assumed he was performing at military bases.

"They were surprised to learn that I was performing for Arabs, that they understood English and that people actually laughed," said Ahmed.

His frustration at the response from his fellow Americans prompted Ahmed to make a documentary film called "Just Like Us" about comedy in the Middle East.

Ahmed, 40, said he wanted to challenge the American misconception that Arabs have no sense of humor.

There's always been comedy in the Middle East ... but not stand up in the contemporary American sense
--Ahmed Ahmed

The film follows Ahmed and fellow comedians on a tour taking in Egypt, Lebanon, Saudi Arabia and United Arab Emirates.

It charts the rapidly growing popularity of stand-up comedy in the Middle East.

"There's always been comedy in the Middle East, but in the form of story-telling or one-man shows, not stand-up in the contemporary American sense," said Ahmed.

"Stand-up comedy is relatively new but evolving quickly and is now happening in most Middle Eastern countries."

Ahmed, who was born in Egypt but moved to California as a baby, began doing comedy shows in the Middle East in 2005, but started with small, private functions. Although he had regularly visited Egypt as a child, the 2005 tour was the first time in 20 years he had returned to his country of birth.

It was while taking part in the "Axis of Evil Comedy Tour" in 2007 that he first saw large audiences.

The shows filmed for "Just Like Us" had audiences totaling 20,000 people, he said.

The theme of the film is that Arab sense of humor is just like that of Americans, although there were some differences in the expectations of audiences.

Ahmed said: "My material in the Middle East is pretty similar to that in the U.S. except for deleting religious or sexually explicit content. The exception is Lebanon where pretty much anything goes.

"We used to be told not to touch Arab politics either, but that's changed since the Arab Spring and people are now keen to hear about politics."

"Just Like Us" was filmed last year before the start of the Arab Spring, but Ahmed said the seeds for political change were visible.

"The film was at the cutting edge before the revolution and was pre-emptive of it," he said. "A lot of people who attended our shows were the same people who were marching in the streets."

Ahmed also observed differences between audiences in each of the countries he visited.

"Every Middle East country I've visited had a big sense of humor. It was refreshing and enlightening," he said.

A lot of people who attended our shows were the same people who were marching in the streets.
--Ahmed Ahmed
RELATED TOPICS

Ahmed added: "I love performing in Egypt because it feels like a homecoming. It's my planet.

"Lebanon is another favorite because it's so open and free. You can say whatever you like."

CNN reported in 2010 that stand-up comedy was doing serious business in the Middle East and that home-grown talent had taken off alongside tours by Western comics.

Jamil Abu-Wardeh, a television producer who moved from London to Dubai and helped launch the Axis of Evil Comedy Tour did a TED talk in July 2010 in which he spoke of the "rise and rise of stand-up comedy in the Middle East."

"Just Like Us" premiered at the Doha Tribeca Film Festival last year and is currently touring the United States.

It will be shown in Dallas, Texas on June 24 and in Boston, Massachusetts, and Royal Oak, Michigan, on July 8. Tickets can be booked here.