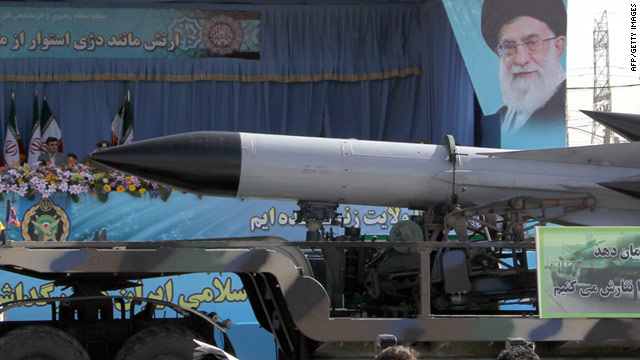 An air defense missile is displayed during the Army Day parade in Tehran on April 18.
STORY HIGHLIGHTS
RELATED TOPICS

(CNN) -- Iran announced Monday that it has built its first ballistic missile silos, airing video of one of the facilities as it began a new round of military exercises.

The announcement came as the Islamic republic opened a new round of war games, dubbed "Great Prophet 6." Iran is expected to test-fire several types of missiles during the exercise, state news agencies reported.

Iran says it has a right to peaceful nuclear technology, but the International Atomic Energy says it can't verify whether Tehran's nuclear program remains entirely peaceful.

The United States and the Soviet Union built more than 1,400 silos to protect their long-range missiles during the Cold War era.

In the Iranian statement, military spokesman Col. Asghar Ghelichkhani said the facilities were designed and built with domestic expertise.

Western observers say Iran currently has missiles capable of hitting targets up to about 1,300 kilometers (800 miles) away, a range that would cover nearly the entire Middle East and part of southeastern Europe. Iran also launched its first satellite in 2009.