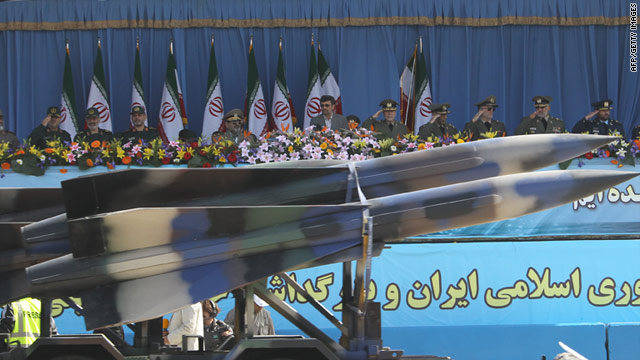 London (CNN) -- Iran has been carrying out covert tests of missiles capable of delivering a nuclear payload, UK Foreign Secretary William Hague said Wednesday, in contravention of a U.N. resolution.

It has also said it wants to enrich uranium to "levels far greater than is needed for peaceful nuclear energy," Hague said.

Iran has not yet responded to Hague's claims.

His comments in the House of Commons come a day after Iranian news agencies reported that the country's military had successfully test-fired 14 missiles during military drills, as part of a week of war games.

Speaking in London, Hague said: "Iran has also been carrying out covert ballistic missile tests and rocket launches, including testing missiles capable of delivering a nuclear payload in contravention of U.N. resolution 1929, and it has announced that it intends to triple its capacity to produce 20% enriched uranium."

The UK foreign secretary promised to "maintain and continue to increase pressure on Iran to negotiate an agreement on their nuclear programme, building on the strengthening of sanctions," announced earlier this month.

Enriched uranium can be used for civilian nuclear purposes, but also to make atomic weapons.

The IAEA raised concerns in February that Iran was not engaging with the agency on claims that it was developing a nuclear payload for its missiles.

The IAEA report discussed possible nuclear activities tied to Iran's military "including activities related to the development of a nuclear payload for a missile."

Iran condemned those sanctions in a letter to the United Nations, saying the international body had a responsibility to look out for "nations who are merely endeavoring to attain their legitimate and undeniable rights under international law."

The United Nations passed a fourth round of sanctions against Iran in June 2010, aimed at pressuring it to suspend its nuclear program.