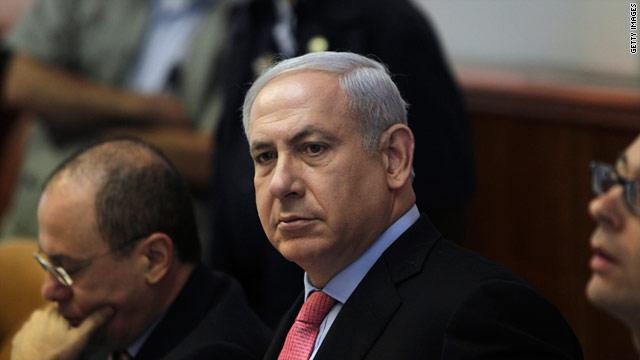 The Israeli government forum of eight top ministers, headed by Prime Minister Benjamin Netanyahu, was expected to discuss the future of diplomatic relations with Turkey, once a close ally, according to Israeli media reports.

Israel's relations with Turkey reached rock bottom last summer, when nine activists on board the Mavi Marmara, a Turkish ship filled with aid and 700 activists from various countries, died in clashes with Israeli Navy commandos when attempting to break Israel's blockade of Gaza.

In his meeting at the Palestinian Ambassadors' Conference in Istanbul on Saturday, Turkish Prime Minister Tayyip Erdogan said, "Until Israel officially apologizes, pays compensation to the families of the people who died and lifts the embargo on Gaza, normalization of the relations between the two countries is unthinkable."

"If the international circles, especially the U.N. and the U.S., continue to give credit to unilateral spoiled practices of Israel and ignore Israel's inhuman actions, I say openly, they won't avoid being seen as perpetrators of this crime, as well," Erdogan added.

Opinions within the Israeli government vary on the extent to which Israel needs to reach out to patch the relations, with Foreign Minister Avigdor Lieberman leading the opposition and Defense Minister Ehud Barak in the dovish camp.

"There is no reason for Israel to apologize," Lieberman told reporters Sunday at the start of the weekly government meeting. "It is in the interest of both countries to improve our relations and return to the previous state. We are willing to do so. The ball is in Turkey's court."

"Our uppermost duty is maintaining the honor of the state of Israel and the understanding of its righteousness in imposing the naval blockade, in stopping the flotilla and in using force against the boats that refused to divert into the (Israeli) port of Ashdod," Barak said in a statement Sunday.

In June of this year, Netanyahu reached out to Erdogan in a letter, congratulated him for his triumph in the Turkish elections and expressed his hope that ties between the two nations will heal. "My government will be happy to work with the new Turkish government on finding a resolution to all outstanding issues between our countries, in the hope of re-establishing our cooperation and renewing the spirit of friendship which has characterized the relations between our peoples for many generations," Netanyahu wrote.

The recent developments come as both countries await the results of a U.N. report established to investigate the deadly incident on the 2010 flotilla.