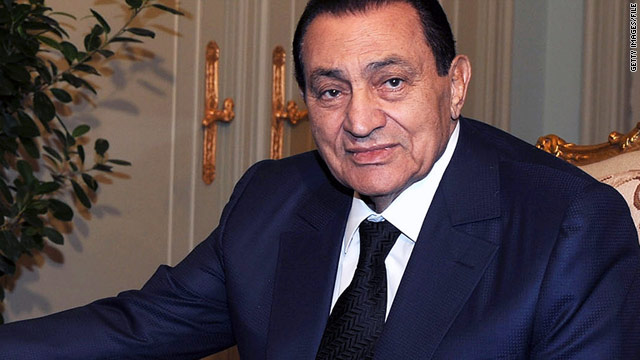 Cairo (CNN) -- The trial of former Egyptian leader Hosni Mubarak has been moved to a police academy in Cairo for added security, the minister of justice said.

The trial had been scheduled to take place at a Cairo convention hall Wednesday.

The 83-year-old former president and his former interior minister, Habib El Adly, face possible death sentences if convicted of unleashing police on the demonstrations that drove them from office in February.

Mubarak has denied the charges.

The human rights group Amnesty International has estimated that at least 840 people were killed and more than 6,000 wounded during the three-week uprising that toppled Mubarak.

A police officer accused of indiscriminately shooting protesters has been sentenced to death in absentia.

In addition, Mubarak, his sons Gamal and Alaa, and a business associate face trial on corruption charges.

The trial will be open to the public under heavy security and carried on Egyptian state television, Guindy said.

The trial is set to open on the third day of the Islamic holy month of Ramadan.

The trial will continue in sessions throughout the month until a verdict is reached, the judge said. Court will be in session four times a month during the trial, as opposed to the usual once a month. The trial will take place in the main auditorium of the academy.

Mubarak ruled Egypt with an iron fist for nearly 30 years before the revolt that toppled him February 11, leaving the nation under the control of a military council. He has been hospitalized since suffering heart palpitations in April, but Health Minister Amr Helmy declared Thursday that the ailing former strongman is "fit to stand trial, given a proper transportation arrangement."

Prosecutors have said Mubarak suffers from depression, fatigue, repeated irregular heartbeats, low blood pressure that could lead to fainting and an increased risk of heart attack. His lawyer disclosed in June that the ex-president had been struggling with complications from a previously concealed 2010 surgery for stomach cancer.

Earlier this month, hospital officials reported that Mubarak had fallen into a brief coma and recently said that he was depressed and refusing to eat as he awaits trial.