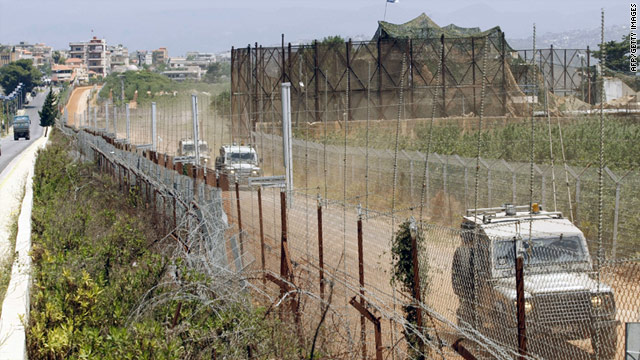 Israeli soldiers patrol the along the border between Israel and Lebanon on June 3, 2011.
STORY HIGHLIGHTS
RELATED TOPICS

Jerusalem (CNN) -- Israeli and Lebanese forces traded fire Monday, with each blaming the other for the exchange.

No one was hurt.

Israel said its soldiers were fired upon while on routine patrol along Lebanon's border. The soldiers then returned fire, the military said.

The National News Agency of Lebanon said the gunfire lasted 15 minutes and that Israel bolstered its presence in the area with 10 personnel carriers, three tanks and 100 soldiers.

"We will implement the Israeli sovereignty and ensure the safety of our citizens," the Israeli military said in a message to the United Nations Interim Fore in Lebanon (UNIFIL).

UNIFIL troops are deployed along the Blue Line separating Lebanon and Israel to reduce tensions between the two sides.

In an unrelated incident in the West Bank, five Israeli soldiers were lightly injured overnight when they were pelted with rocks during an arrest at the Kalandia refugee camp, a military spokesman said Monday.

Israel said it received a report about injuries to two Palestinians during the incident and was investigating, while hospital officials in Ramallah said two men were killed and one injured.