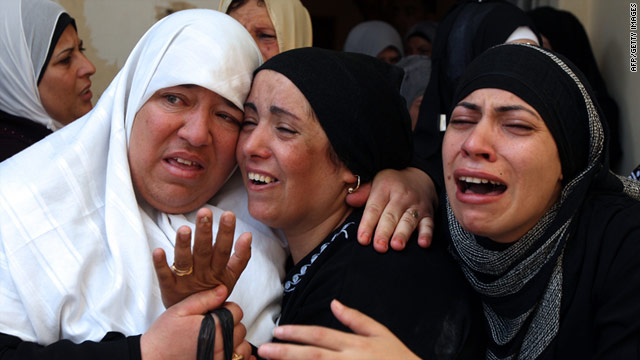 Relatives mourn the death of a Palestinian man after two Palestinians were allegedly shot at the Kalandia refugee camp.
STORY HIGHLIGHTS
RELATED TOPICS

Official accounts of the fighting at the Kalandia refugee camp differed.

Hospital officials in Ramallah told CNN that two men were killed and one was injured in the clashes.

Officials said the violence started during an arrest operation at the camp.

An Israeli military spokesman said "massive" disorder erupted during the arrest operation. Five soldiers were injured by rocks thrown at them, the spokesman said.