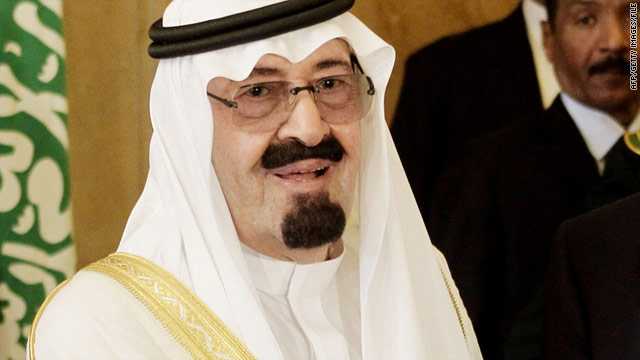 (CNN) -- Saudi Arabia's King Abdullah condemned the crackdown on anti-government protesters in Syria on Sunday, saying there is "no justification for the bloodshed."

In a written statement released via Saudi state television Sunday night, Abdullah said the kingdom had recalled its ambassador from Damascus for consultations.

"What is happening there is not accepted by the Kingdom of Saudi Arabia," the king said. "There is no justification for the bloodshed in Syria, and what is happening has nothing to do with religion or ethics. The Syrian leadership could activate comprehensive reforms quickly."

Demonstrations against the government of Syrian President Bashar al-Assad began in March, and protesters have defied increasingly harsh efforts to put down the movement. Government troops and police launched a fresh crackdown last week, prompting condemnation from a variety of countries and organizations, including the Arab League, the United Nations and the Roman Catholic Church.

Abdullah's statement puts the leader of one of the leading powers in the region behind calls for an end to the violence. In his remarks Sunday night, he said Syria's future "lies between two choices -- either wisdom or chaos."

Syria is a longtime ally of Iran, Saudi Arabia's leading rival in the Persian Gulf region. Ties between Riyadh and Damascus also were strained by a January political crisis in Syria's former client state of Lebanon, during which Saudi Arabia gave up on efforts at mediation.