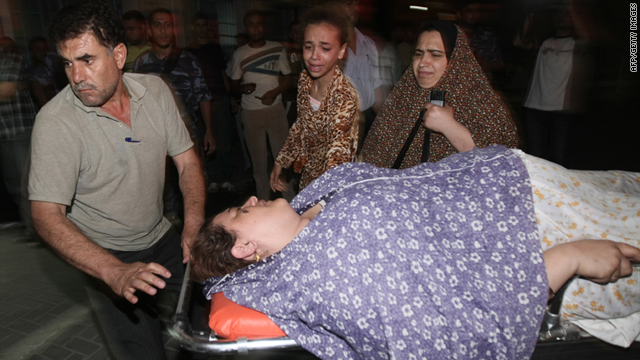 All three injuries occurred in a strike east of Gaza City, where a group of Palestinian militants had gathered, the sources said. The other strikes targeted a training field for the military wing of Hamas, the Palestinian faction that controls Gaza, east of the city, and a site outside Khan Younis that militants recently used to fire rockets out of the territory into Israel, the security sources said.

A fourth strike hit near the Rafah border crossing with Egypt, but no details were immediately known.

There was no immediate comment from the Israeli military on the strikes, which occurred shortly after 2 a.m. (8 p.m. Monday ET).