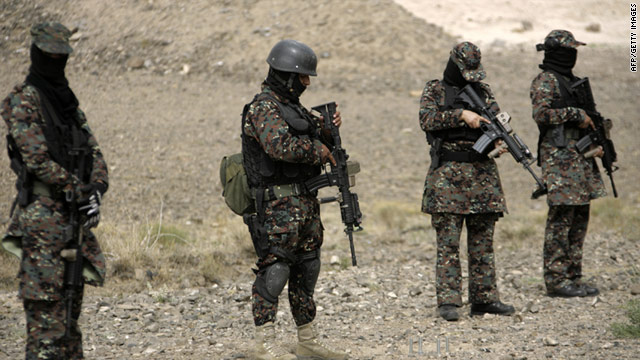 Sanaa, Yemen (CNN) -- At least 29 people have been killed and 62 injured from both sides in Yemen's Abyan province as clashes entered a new phase, a senior security source in Abyan said Wednesday.

Twelve government troops were killed and another 42 injured since Tuesday morning, the official said.

Three militants were arrested by pro-government tribal fighters in the district of Dofas.

This comes as six tribal fighters were injured in Shaqra district Wednesday morning in a roadside bomb that exploded, fighters confirmed.

Sharqa was taken over by militants last week and is now reportedly being used as a gathering point for al Qaeda fighters.

Tribal fighters loyal to the government said that the militants received reinforcements after deadly clashes with government troops.

Clashes have been non-stop since Tuesday morning in nine different fronts in Abyan province, with Dofas district seeing the fiercest fighting.

Saleh Abdu Abdullah, a pro-government fighter, said that Saudis and Somalis were among the killed.

He said that at least six different nationalities are fighting with the militants.

Ali al-Anesi, head of the Yemen National Security, said that the government has killed hundreds of suspected al Qaeda militants since its military campaign started in May.

He said that at least 80 of the dead militants were senior members of the organization, whether Yemeni or foreigners.

"Al Qaeda was aiming at attacking and controlling Aden province after the success in Abyan. But, government efforts halted their spread and we have retaken large areas of Abyan from militants hands," said al-Anesi.

Residents in the districts of Zinjibar, Abyan, said that air raids on militant hideouts are heard at least five time a day.