No U.S. troops killed in Iraq for first month since invasion 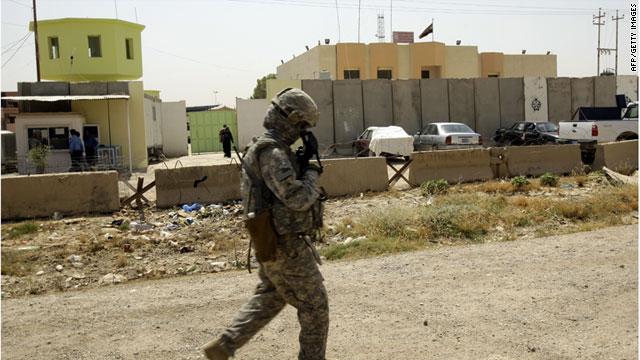 A U.S. soldier patrols recently in Kirkuk, Iraq. Between 46,000 and 50,000 U.S. troops are in Iraq for support and training.
STORY HIGHLIGHTS

(CNN) -- No U.S. troops were killed in Iraq in August, marking the first month without an American military death there since the United States invaded the country in 2003.

A total of 4,464 American troops have died in Iraq since the invasion, including 56 since the United States declared an end of combat operations exactly a year ago, according to a CNN analysis of Pentagon statistics.

But none died in August, either due to hostile action or from accidents.

That's in stark contrast to the American mission in Afghanistan, where August was the deadliest month since the invasion nearly 10 years ago.

At least 66 Americans died there in August, a tally pushed to record levels by the death of 30 troops in a single helicopter crash August 6.

While the United States pulled its combat troops from Iraq last year, between 46,000 and 50,000 troops have remained to provide support and training.

They have a January 1, 2012, deadline to withdraw, but the United States is widely expected to agree to some kind of limited extension of training personnel and equipment.

For Iraqis, August saw the worst wave of violence to strike the country in months. On August 15, for example, a barrage of attacks across the country killed at least 84 people and wounded more than 200.