The best thing I've done for my son 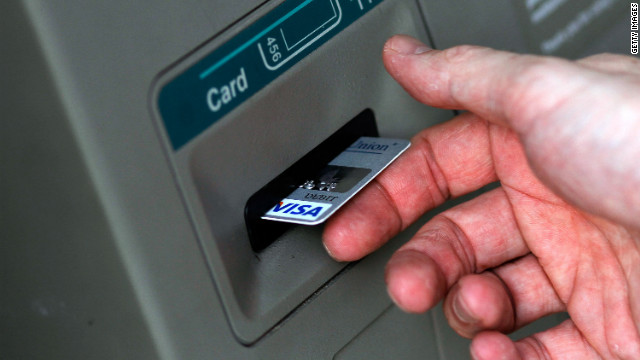 Editor's note: LZ Granderson, who writes a weekly column for CNN.com, was named journalist of the year by the National Lesbian and Gay Journalists Association and a 2011 Online Journalism Award finalist for commentary. He is a senior writer and columnist for ESPN the Magazine and ESPN.com. Follow him on Twitter: @locs_n_laughs Watch him on Tuesdays on CNN Newsroom in the 9 am ET hour.

I didn't plan to give him the card in order to teach him some grand lesson about life. I'm not that clever. Truth is, I was dropping him off at a monthlong summer camp and wanted to make sure he had some money in his pocket for pizza. So when I picked him up and he told me he had money left over, I was confused.

"Whose child is this and where is mine?"

This couldn't be my son because my son claims he can barely get by with $50 on a night out with his friends. Clearly I had picked up Suze Orman's kid by mistake.

Intrigued, I decided to see if he was really frugal or if he had just misplaced his card for a couple of weeks and didn't want to tell me. So I deposited the money I had set aside for shopping for his school clothes into his account and told him to make it work.

And man, did he ever.

My son was comparing prices -- hitting the sale racks -- and he even returned items he later deemed too expensive or unnecessary. All on his own. It was like the Hunger Games in a mall.

Since then, pizzas only need one topping, chai lattes are few and far between and he packs his own lunch instead of hitting the fast food places down the street from school.

"The first few times I blew it," my 15-year-old told me. "I'd have all of this stuff and the cashier would be, like, 'I'm sorry, sir, your card has been declined.' I'd stand there and look surprised, my response was normally something like 'Whaaaaat? Or 'Really? Hmm, one moment. I need to call my dad.' But you wouldn't always pick up, so I'd have to take stuff back. Now I've learned to keep up with my balance so I can save myself the embarrassment."

In other words, he's gotten cheap. And not because I made him do anything, but because he's figuring life out for himself. It was the first time in my life I knew I was doing a good job. Grades, opening door for strangers, saying thank you, those are all signs that he listens to me. Making good decisions as an independent free thinker, that's a sign that he gets it.

Seeing my son's relationship with money transform in less than a year provided me with a snapshot of what his behavior might look like when he's an adult, and all I could do was smile and exhale, thinking "He's going to be all right. "

Growing up, I didn't know anything about money other than we didn't have any. In retrospect, it would've been helpful if my parents had told me why. But as the research shows, most parents have the money talk in the same way they have the sex talk, and that is to say, they don't.

T. Rowe Price released a study last month that found 77% of parents don't always tell their kids the truth about money matters, and nearly a third of parents surveyed said they don't talk to their kids about family finances at all. I guess part of the reason is that the picture isn't always very pretty. In 2007, U.S. household debt was equal to the GDP. But just because the money talk isn't comfortable doesn't mean we should avoid it, and a debit check card is a good way to bring it up.

I have found since my son has started to feel the pain firsthand, when I talk to him about the bills around the house, he listens with empathy. When I remind him to turn the lights off when he leaves a room, he has an understanding of why that goes beyond "because I said so." I still run him to track practice, the movies, anywhere he wants to go, but he gets why I plot out the errands ahead of time so I can use the least amount of gas possible.

Best of all, when he asks for something I think is unreasonable, I don't lie and tell him we can't afford it -- as nearly 33% of parents do. Rather I tell him the truth: It's not worth it. And I tell him why.

You know for years, I've heard financial experts stress the importance of teaching your kids about money, but it wasn't until I saw my own son's perspective change that I became a true believer. So, I encourage all parents out there to give it a try with their kids. I promise, even if you open a checking account for them and only deposit $10, the return in their lives will come back a hundredfold in wisdom.

Over spring break I read him the story about Warren Sapp, the former NFL star who recently filed for bankruptcy. I didn't mean to laugh at someone else's misfortune, but we both couldn't help but crack up when I told him among Sapp's listed "assets" were 240 pairs of Jordan athletic shoes worth an estimated $6,500.

"How is that an asset?" my son asked.

And then we started laughing again -- him because the story was funny, me because I know I just got lucky.