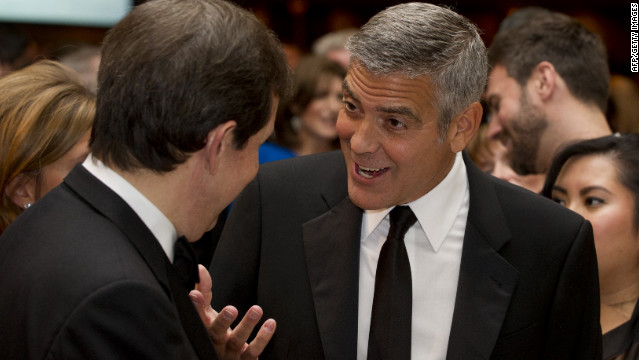 Editor's note: LZ Granderson, who writes a weekly column for CNN.com, was named journalist of the year by the National Lesbian and Gay Journalists Association and is a 2011 Online Journalism Award finalist for commentary. He is a senior writer and columnist for ESPN the Magazine and ESPN.com. Follow him on Twitter: @locs_n_laughs.

About 200 people ponied up at least $5,000 per ticket for an event hosted by Ricky Martin. That was followed by a function at a private home where 60 people spent $38,500 each to get through the door.

Just last week, Obama -- with George Clooney -- raised $15 million in one night. This makes me wonder how in the hell our political process became so distorted that Obama needs this much money to run for re-election. I thought we were broke? And yet, at the end of March, Obama and his presumed general election opponent, Mitt Romney, had raised nearly a combined $300 million, almost enough to fund Planned Parenthood's annual budget by themselves.

Forget Wall Street, it's the campaign trail that needs to be occupied.

The median income in the United States is about $50,000, so I doubt very many 99 percenters are able to meet the $75,000 minimum that was expected at a recent Romney fundraiser. Did you know the goal of the RNC is to raise $800 million by November? Imagine how many families could be helped if just half of that was used to train people for the new job market, as opposed to being spent to help one guy get hired?

Face it, the president and Romney may have different political and economic views, but they are both propped up by highly affluent power brokers who are expecting big returns for the big checks they are writing.

This is why the worst thing to happen to our process was the Supreme Court's 2010 Citizens United decision, which allows corporations (and unions) to spend unlimited funds to promote a candidate. This is akin to handing the keys of a bakery to the Cookie Monster. These big spenders are not just involved in shaping dialogue. They get involved with shaping policy, which inevitably makes the good of the people secondary to the good of the deepest pockets.

We don't just need campaign reform, we need roadblocks to prevent special interest groups from turning the democratic process into more of a sham that it already is.

Let the Supreme Court keep its ridiculous ruling, but set a limit on the amount of money candidates can raise and spend on their campaigns. Require all ads and debates to be aired on public television, and then cap the number of hours each party is allowed to use during the general election.

By putting it on public television, we stop large media conglomerates from profiting from the process. So, ideally Obama and Romney would both get $10 million and 40 hours of advertisement to state their case.

Let's take away the $200 million war chests that Obama has been able to amass in both 2008 and 2012, and force him and future candidates to find a way to persuade the country to vote for them without relying on their ability to outspend their opponent.

I know, I know, Romney wouldn't even be in the position he's in without outspending -- and dare I say, bullying -- his opponents.

By leveling the economic playing field, our politicians have a chance to return to being representatives of the people, not just the ones who know the right people or make the right promises.

But I guess those messy details are easy to overlook in a country with an 8.1% unemployment rate, whose leaders still find it appropriate to hold fundraisers for rich people.