How'd it get that name? 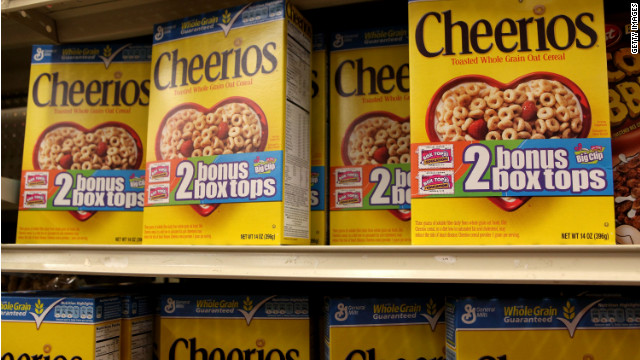 Editor's note: CNN Contributor Bob Greene is a bestselling author whose books include "Late Edition: A Love Story" and "When We Get to Surf City: A Journey Through America in Pursuit of Rock and Roll, Friendship, and Dreams." He appears on "CNN Newsroom" during the 5 p.m. ET hour Sundays.

(CNN) -- A very nice married couple from Canada struck up a conversation in a restaurant where we were having dinner. At one point the husband said that, earlier in his life, he had played with some buddies in a rock band.

The name of the band, he said, was the Rock-Olas.

Rock-Ola jukeboxes were gorgeous; they were icons of the early days of rock and roll.

"Where do you think those jukeboxes got their name?" I asked him.

He assumed the same thing most people always assumed: "Rock-Ola" was a combination of "rock and roll" and "Victrola," the storied brand of early phonograph-record players.

I had always thought the same thing. But then, years ago, I spoke with the founder of Rock-Ola.

His name was David C. Rockola. The whole thing was a total coincidence. Even before he started manufacturing jukeboxes, he had put the hyphen between the two parts of his name when he was selling coin-operated machines. He just wanted customers to be able to pronounce his name -- and the company's -- correctly.

The couple to whom I told the story laughed, and later it occurred to me that many products we take for granted -- products so famous that they and their names are synonymous -- once started out nameless. There was the thing -- the product -- and then there was a need to call it something.

Take Snickers, the candy bar. When you hear "Snickers," you immediately see the candy, almost taste it.

But how did it become Snickers?

Well, the Mars family, who introduced the candy bar, had a favorite horse they owned. Snickers. So when they needed to call the candy bar something...

Cheerios -- the cereal? It was originally named Cheerioats, because of its main ingredient. But there was a problem -- a competitor was producing an oat cereal with a similar name. Thus: Cheerios. It hasn't done badly.

How about Q-tips? Everyone knows what they are, but what does the name mean?

A man named Leo Gerstenzang, in the 1920s, saw his wife applying cotton swabs to toothpicks. This gave him the idea to come up with a pre-made cotton swab for use with infants.

The product's original name -- intended to connote gentle care of happy newborns (this was in a different American era, with a different lexicon) -- was Baby Gays. But that didn't adequately describe the product, so it was changed to Q-tips. Q for quality; tips for the cotton swab at either end.

What about Conway Twitty, the late singer? (I know we're getting a little far afield here -- Twitty was a person, not a product -- but he was terrific, and his name begs the question.)

He was Harold Jenkins in the 1950s, trying to make it big in the recording industry, and finding that "Harold Jenkins" didn't exactly translate to thrills and excitement.

So the story went, he and his manager took a map of the United States and put their fingers on it. On Arkansas and Texas, to be precise. Conway, Arkansas. Twitty, Texas.

Soon his records were enormous hits in Rock-Ola jukeboxes from coast to coast.

Next up: Weejuns, the classic penny loafers made by the G. H. Bass shoe company.

You know those shoes on sight. But the name?

It refers to a similar kind of shoe that was worn by Norwegian farmers. Norwegians: Weejuns, for short.

You still along for the ride? Let's pull over to the Holiday Inn. One of the most recognizable brands on the planet.

When Kemmons Wilson first came up with the idea for standardized, affordable highway motels, he didn't have a name for it. His architect, Eddie Bluestein, as an in-joke, wrote, across the bottom of his diagrams, "Holiday Inn," after the Bing Crosby movie about a country lodge. Some joke. Wilson liked the sound, which turned out to be a spectacular business decision.

Haagen-Dazs? A made-up combination of make-believe words to make a brand of ice cream sound Scandinavian and inviting. The words mean nothing at all. Except huge profits.

Popsicles, on the other hand, started out as Epsicles, named for their inventor, Frank Epperson. When he applied for a patent, the product was officially titled the Epsicle ice pop. His children, though, called this confection dreamed up by their dad -- their pop -- a Popsicle. Pop's sicle.

Taco Bell? In California after World War II, a fellow named Glen Bell decided to sell hamburgers from a stand. He called his store Bell's Burgers.

He had some competitors nearby: a couple of brothers with their own stand. Last name McDonald. The brothers had a splendid hamburger product.

Bell arrived at the conclusion that, when it came to burgers, he probably could not outcook and outsell McDonald's. So he chose another food specialty: tacos. He tried a few names before settling on a variation of Bell's Burgers, altered to connote Mexican cuisine: Taco Bell.

Space is growing short here, and there's probably an outside chance that somewhere in the world today there is more important news than this. Quickly:

The founder wanted customers to understand that his soda pop came in tall bottles, offering good value for the money. Knee-high bottles, to be hyperbolic. In marketing, hyperbolic is good. Thus: Nehi.

May we slip just one more in?

Its founder, John F. McCullough, liked to proudly proclaim to all who would listen that the cow was "the queen of the dairy business."

As a parting note, let's give the last word to David Rockola himself.

He died in 1993; when I spoke with him, six years earlier, he was 90. I told him that it must be really cool to be able to have a jukebox in his home -- especially one with his name on it.

No, he said. No jukebox in the Rockola home:

"I had speakers installed in the ceilings of every room, and I had the wiring put in. But at the last minute, Mrs. Rockola said no. She said, 'You get enough of jukeboxes at the factory. We don't need one here.' "