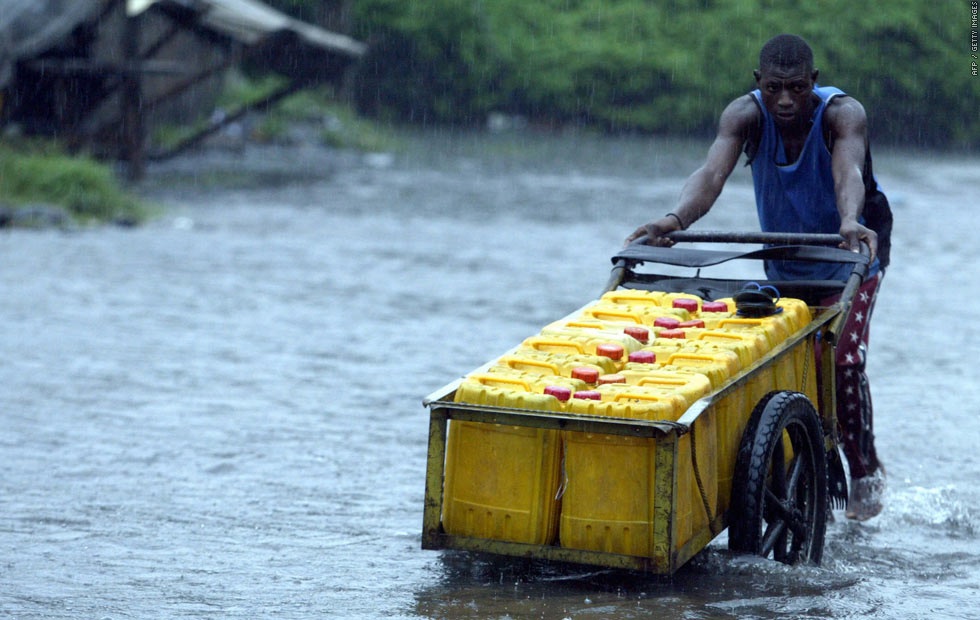 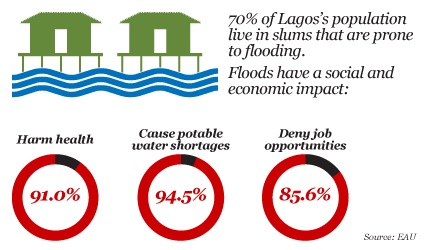 For the two thirds of Lagos's population that live in the city's slums, floods are a fact of life, just like a lack of clean running water.

Lagos one of Africa's most-populous cities, is a sprawling, chaotic metropolis of close to 12 million inhabitants, which is growing rapidly.

It has a huge population and, according to city officials, accounts for 65% of Nigeria's commercial and industrial activities, yet Lagos's GDP lags behind many other more developed cities. Beset by a ballooning population, vast slums and a lack of infrastructure, authorities are taking some steps to reduce the sprawling city's vulnerability. Yet, it is often the case that the city's inhabitants have to solve their own problems.