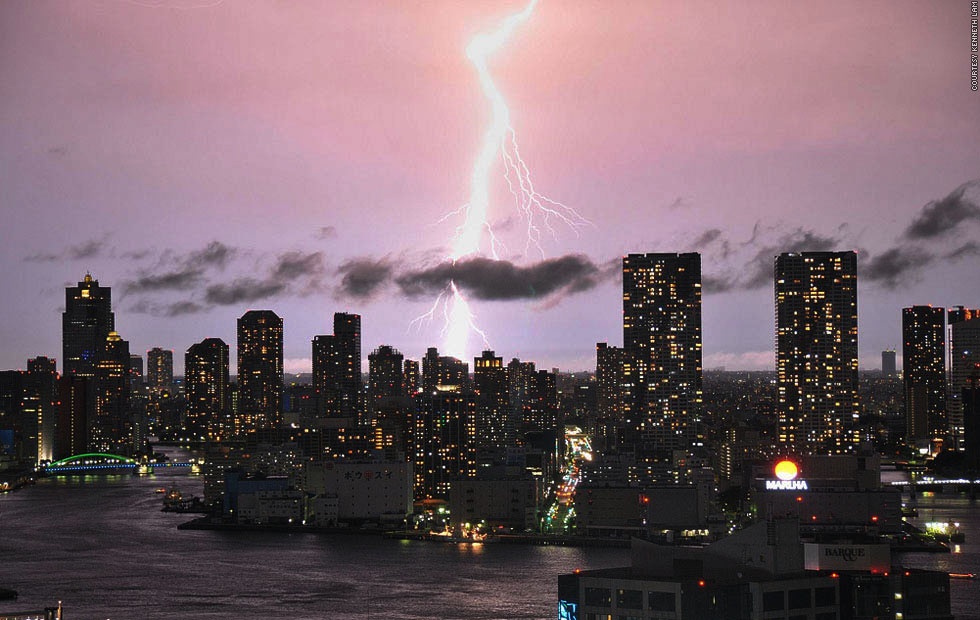 Despite the investment of billions of dollars, Tokyo says its storm defenses can't equal the increasingly intense rain over the past decade. And so one of the world's wealthiest cities continues to succumb to flood disasters -- taking lives, destroying property and bringing transport to a standstill. 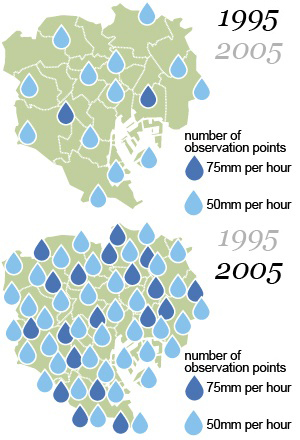 A study from 117 weather stations dotted around Tokyo shows that in recent years there's been an increase in the frequency of highly localized, intense rainfall.

Historically, Tokyo is no stranger to storms. The city is regularly battered by typhoons -- uprooting trees, flooding homes, leaving commuters stranded and putting residents at risk of injury or death. Looking to the future, the city expects that intense downpours are only going to get stronger.

Heat rises between the storms

Over the past hundred years, average temperatures in Tokyo have risen by five degrees Fahrenheit (three degrees Celsius), according to local government analysis. In the 2012 CDP Cities report, Tokyo indicates that extremely hot days and sweltering nights will continue to increase over time, exacerbated by densely packed buildings, a huge population and high energy demands. 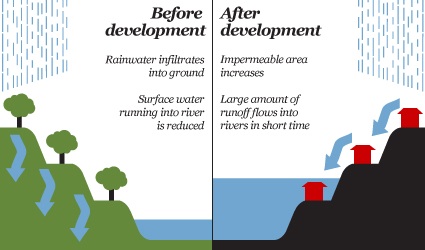 Extensive urbanization in Tokyo has covered the land in roads, pavements and buildings, reducing natural water storage capacity. During heavy rainfall, rapid runoff of water into the rivers increases the risk of flooding.

In the low-lying Kanda River Basin, urbanization has increased by more than a third in just 60 years. The Tokyo Metropolitan Government reports that in East Tokyo 1.5 million people are living under the high-tide level. While Tokyo is continuing to invest in sophisticated stormwater storage facilities, the city government says heavy rains that exceed the current protection level have been increasing in recent years. The city still experiences flood disasters on a yearly basis.

Adaptation key in a 'declining situation'

Although we have been actively promoting mitigation methods, we think it is also important to approach adaptation considering such a declining situation.

As storms get stronger, so must defenses

In Tokyo, the stakes are high. The World Bank says it has the greatest GDP of any single city in the world. And so as the storms get stronger, so too do the city's defenses. From vast networks of underground reservoirs, to sophisticated water-absorbing pavements, Tokyo has implemented a portfolio of adaptations to defend itself.