Don't be nosy about Fast and Furious 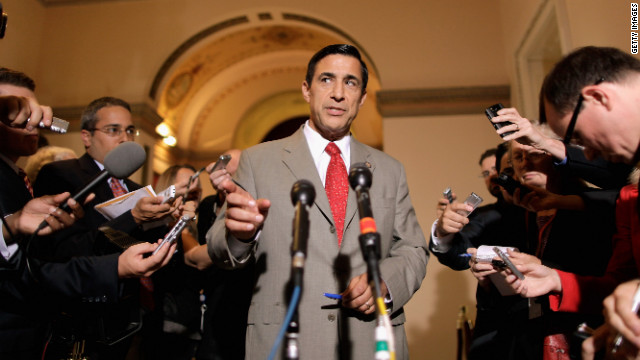 Though to be fair, it's not entirely our fault. Between the 24/7 news cycle, social media and reality TV, we have been spoon fed other people's private business for so long we now assume it's a given to know everything. And if there are people who choose not to disclose, they must be hiding something. Being told that something's "none of your business" is slowly being characterized as rude, and if such a statement is coming from the government, it seems incriminating.

Times have changed. Yet, not everything is our business. And in the political arena, there are things that should be and need to be kept quiet.

I know that's hard to digest in a society where pregnancies and marriages of D-list celebrities make the cover of People magazine, but there comes a point where the public's right to know needs to take a back seat to matters like national security and diplomacy.

Heads should roll because of the Fast and Furious debacle. We don't need every detail of that operation to be made public in order for that to happen.

If it were an isolated sting, maybe. But it is at least the third incarnation of a gun-running scheme stretching across two administrations, which means we could be pressing to open Pandora's Box. We do not want to open Pandora's Box, not about this and certainly not about a bunch of other potentially scandalous things the federal government has been involved with.

We still don't have access to all of the messy facts surrounding the Iran-Contra scandal that erupted during the Reagan administration. All we know is that weapons were sold to Iran in exchange for hostages and that the proceeds from those sales were used to illegally fund rebels in Nicaragua who were supposedly fighting Communism.

Lt. Col. Oliver North took one for the team back then, and there's a good chance Attorney General Eric Holder will have to take one for the team in the Fast and Furious controversy. And by team, I'm not referring to Republicans or Democrats, but rather Americans.

A brief history of 'Fast and Furious'

King: Holder appears to be holding back

And sometimes the federal government deems it necessary to get its hands a little dirty in the hopes of achieving something we generally accept as good for the country.

News: By the numbers: Fast and Furious

Such as the death of Osama bin Laden. We danced, we cried, but we did not make a big deal about a secret operation that was executed in Pakistan without the permission of the Pakistani government. The Obama administration did what it thought was in the best interest of America.

Much in the same way, Project Wide Receiver and Project Road Runner -- the earlier versions of Fast and Furious under President Bush -- were executed with the hope that they will do more good than harm. Hardly anyone in the public knows the finer points of these programs.

Were they done as a way to keep America safe?

North was a fall guy. Not for President Reagan but for all of us. Just as Holder has become a villain to many who are pointing fingers at him.

But to go much beyond the criticism of these men runs the risk of learning that this great nation of ours is heavily involved in doing some things that are not so great.

Think about it: We have allowed weapons to cross the Mexican border and into the hands of criminals for years. Many of these weapons were involved in killing innocent Mexicans. There's nothing very admirable about that. But the truth is, it's very American.

By allowing guns to infiltrate Mexico's drug cartel, we thought we could trace them up the ladder to the leaders. Take off the head and the body dies. As for the innocent people who lost their lives? Collateral damage. That's the uncomfortable backstory to this scandal. And there are likely other operations like it in our nation's history that we don't even have a clue about.

And maybe it's better for us not to be so nosy, not to know everything because, to paraphrase the famous line from the movie "A Few Good Men," many of us won't be able to handle the truth.