The 25 funniest tweets about the VP debate 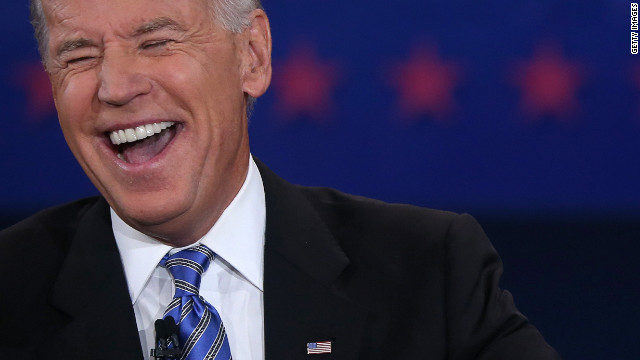 Vice President Joe Biden shifted from laughter to sternness while debating U.S. Rep. Paul Ryan Thursday night, much to the delight of followers on Twitter and social media. See highlights from the debate. 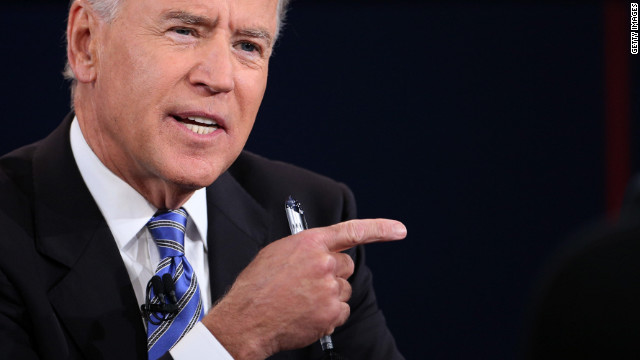 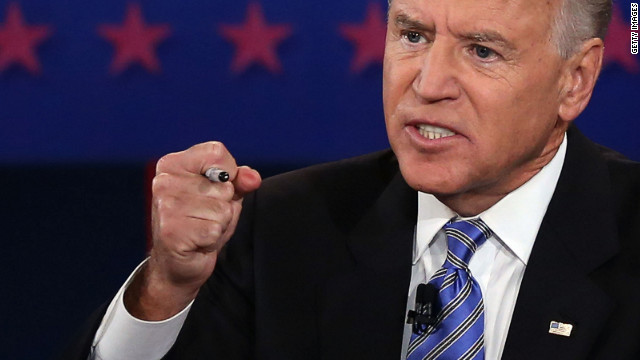 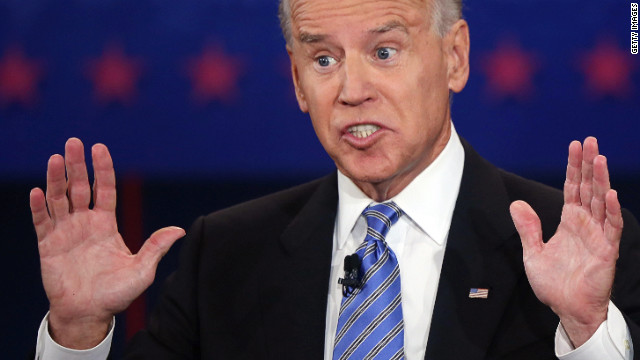 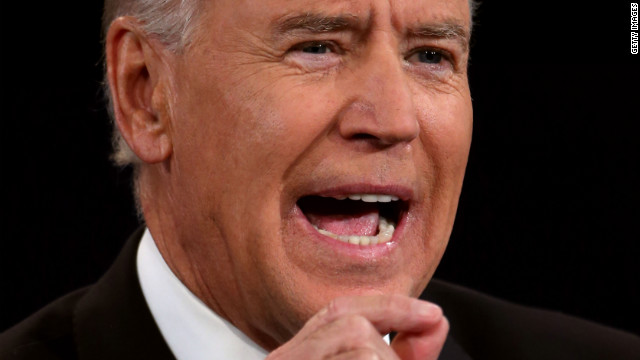 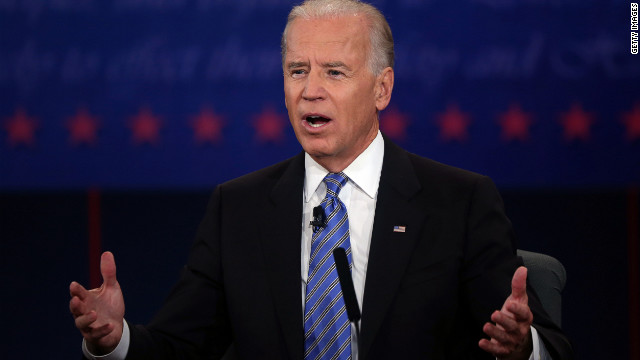 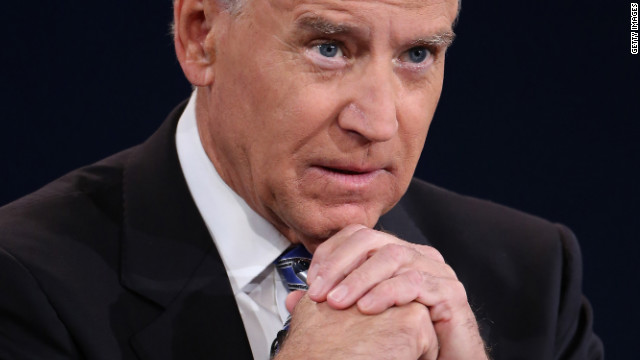 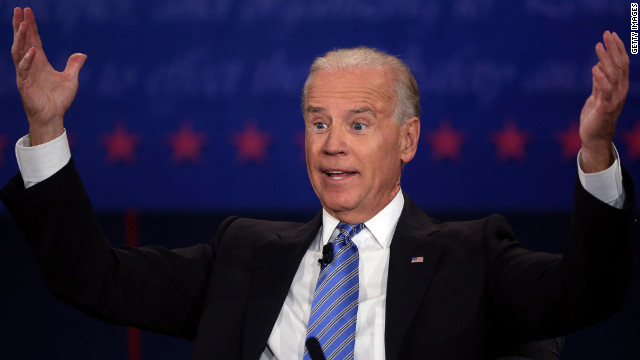 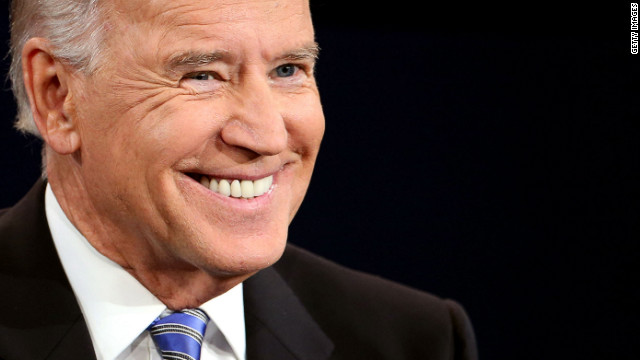 (CNN) -- When he wasn't laughing, Joe Biden sounded like a belligerent old man.

Paul Ryan sipped from a cup and looked like a beleaguered altar boy.

Fair or not, those were just two characterizations of Thursday's vice presidential debate on Twitter, where a Greek chorus of jokesters kept up a witty commentary throughout the 90-minute throwdown. As with any live TV event in the social media age, the people of Twitter let no gaffe or verbal tic go unnoticed.

Here are 25 of our favorites:

Who won the vice presidential debate?

Biden: A bunch of 'malarkey'

GuyEndoreKaiser -- Tonight's debate is scheduled for ninety minutes, but Paul Ryan is already claiming he can finish in fifty something.

Ana Marie Cox -- I actually happen to have "malarkey" in the drinking game! Oh geez...

Jill Morris ‏‪-- The VP candidates get to sit because they're exhausted from standing up for our values. ‪#VPDebate

Morgan Murphy ‏‪-- Biden's teeth are so white they're voting for Romney. ‪#VPDebate

The 25 funniest tweets about the first presidential debate

Indecision ‏‪-- Watered-down sanctions are the worst. You need four just to get tipsy. ‪#vpdebate

Patton Oswalt -- Ryan is a nervous Walmart manager. Biden is an irate customer with the receipt, the warranty & he's friends w/ the store owner. #debate

Indecision ‏‪-- Joe Biden would very much like for Paul Ryan to get off his lawn. ‪#vpdebate

While Ryan speaks, Biden looks like he's trying to order a drink at the bar and the bartender is ignoring him. #vpdebate

Paul and Storm ‏‪-- You can't make Joe Biden look bad. He is your favorite uncle. He pulls quarters from behind your ears. ‪#VPDebate

Seth Masket ‏‪-- Actually, this is like if Aaron Sorkin wrote an exchange between the Skipper and Gilligan. ‪#vpdebate

Leah ‏‪-- JOE. SHUT THE HECK UP AND WAIT YOUR TURN. ‪#VPdebate

Whoever is tickling Biden's feet needs to stop it. #VPDebate

Jose Antonio Vargas ‏‪-- Before this ‪#VPDebate, ‪@JoeBiden had a Venti macchiato and two cans of Red Bull.

James Garrett ‏‪-- I kind of feel like Joe Biden is Kanye and Paul Ryan is Taylor Swift. ‪#VPDebate

This is like Alex and Mr. Keaton in season 30 of Family Ties #VPDebate

The good news is Bill and Ted may ride again. The bad news is i've been replaced. twitter.com/alxwinter/stat...

Chad Schomber ‏‪-- To think, all this just to sway 4-6% of undecided voters. And those folks are not watching the ‪#VPdebate

OK, so the headline on this story says 25 tweets. But here are some more, suggested by our users:

Bearded Stoner -- Chuck Norris sleeps with the lights on because Joe Biden can strike at any time. #VPDebate

Albert Brooks -- Biden just had a good run. I don't know if these lines I'm watching on CNN are voters or his heart rate.

Patricia Lockwood ‏-- Well of COURSE Joe Biden was laughing. He was literally debating a box of Count Chocula

Joe Biden's having a scotch right now while Paul Ryan's mom is putting his "debate participation" certificate on the refrigerator. #vpdebate

Did you see other debate tweets that made you laugh? Let us know in the comments or by tweeting us @cnntech and we'll add the best ones to the list.