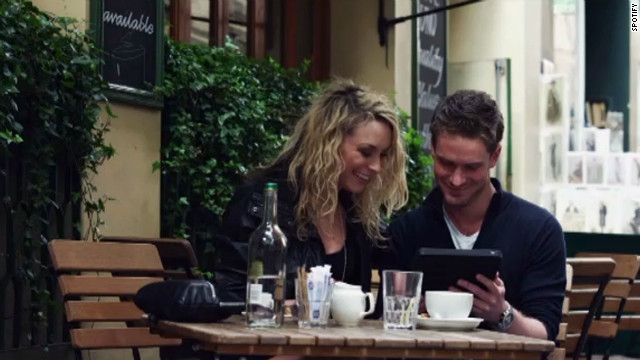 (Fair Warning: Reading any further will cause "Time of my Life" to become stuck your head for the rest of the day.)

And the fact that the 25-year-old soundtrack still gets motors running wasn't the only surprise finding of a recent study, "Science Behind The Song."

The study was commissioned by digital music service Spotify to examine the relationship between music, romance and seduction.

"Dirty Dancing" was the top pick for both men and women, although the study's author, music psychologist Daniel Mullensiefen, also pointed out that men are more willing to adjust their tastes in music in order to ensure "greater success in the bedroom."

Another surprise finding? Respondents said music playing in the background is 40% more likely to turn them on than the touch or feel of their partner.

Rather not listen to "Will You Love Me Tomorrow" during sex? Marvin Gaye's "Sexual Healing" placed second on the list, with Ravel's "Bolero" finishing third.

"It's no surprise that so many respondents claimed to find music arousing in the bedroom," Mullensiefen said in a release. He said music activates the same pleasure centers of the brain that respond to rewards such as food, drugs or sex.

One in three participants identified Queen's "Bohemian Rhapsody" as a song that is "better than sex." Next on the list was "Sex on Fire" by Kings of Leon and "Angels" by Robbie Williams. Mullensiefen describes these as songs that take unexpected turns that we respond to in highly emotional, but positive, ways.

The study interviewed 2,000 people in the United Kingdom between the ages of 18 and 91, with an almost equal gender split.

Mullensiefen is co-director of the Master Program in Music, Mind and Brain and senior lecturer in the department of psychology at Goldsmiths, University of London.

He said even though some UK pop hits were favorites coming out of the study, he believes many results would also hold true in the United States. Mullensiefen said the best tracks for getting in the mood all possess similar vocal qualities, like a wide, dynamic range, more use of the "high chest voice" and raspiness. He offers Gaye's "Sexual Healing" and "Let's Get it On" as examples.

What do you think? Have you compiled your own sexy Spotify playlist? Tell us in the comments below.