Fangio vs. Senna: Who is the greatest Formula One driver of all time?

But In the eyes of Formula One's great and good it was two icons of the sport -- Ayrton Senna and Juan Manuel Fangio -- who proved inseparable.

Senna's three world championships in the late 1980s and early 1990s made him an idol for modern stars like Lewis Hamilton.

The Brazilian's death following a crash at Imola in 1994 led to three days of mourning in his homeland and his genius has gained almost mythical status with the eponymous documentary on the driver, which brought the Senna legend to a new generation of fans in glorious Technicolor.

Fangio graced F1 tracks in the early days of the sport, in the sepia-tinged 1950s, an era when the Argentine's talents could not be truly captured on camera.

But if you crunch the numbers, the Argentine shunts Senna over to the curb.

Fangio collected five world championships, two more than Senna, winning a record 45% of the grands prix he entered compared to 25% for Senna.

Read: Alonso - "All pressure on Vettel"

The Argentine started an unrivaled 55.8% of his races from pole position -- Vettel's current record is just over 33% -- while also qualifying for 92% of his grands prix on the front row.

No one can match Fangio's record of winning the championship with four different teams, while he is also the oldest F1 champion, taking the 1957 drivers' title aged 46 years and 41 days.

Although that comparison is arguably unfair as fate cruelly robbed Senna of the chance to match that particular achievement.

One criticism that has been leveled at Fangio was that he always drove the best car, but as Stirling Moss told the sport's official website it was "because he was the best bloody driver!"

"The cheapest method of becoming a successful grand prix team was to sign up Fangio," added Moss.

Perhaps what Senna inspires within those who admire him is not measurable in numbers.

He was a maverick, driving with a cavalier flair which was best summed up when he proclaimed, "If you no longer go for a gap, you are no longer a racing driver."

His six wins at the famous Monaco Grand Prix is an unparalleled feat, while his championship duels with McLaren teammate Prost were pure sporting theatre.

Senna's win-at-all-costs approach was epitomized in 1990 when he led Prost in the championship heading into the year's penultimate race -- the Japanese Grand Prix.

Prost, starting in second position, overtook polesitter Senna off the line. But, knowing if neither driver finished Senna would be crowned champion, the Brazilian forced Prost off the track at the first corner and cemented a second world title success.

"When you had Prost and Senna fighting it out in the same team, there's no question to the caliber of each driver, very different personalities and great drivers," 1996 world champion Damon Hill told CNN. 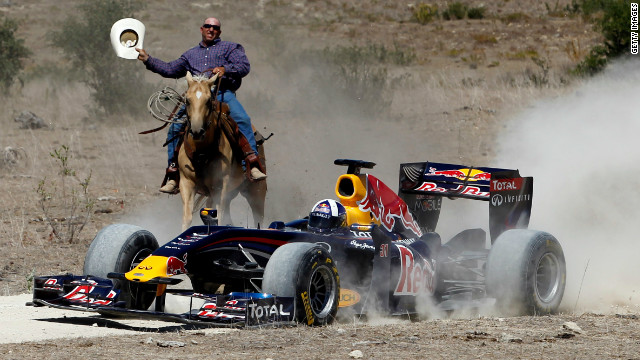 The Formula One roadshow rolls into Austin, Texas this weekend for the first race of 10 over the coming decade. The sport is hoping to attract legions of new fans in the USA. 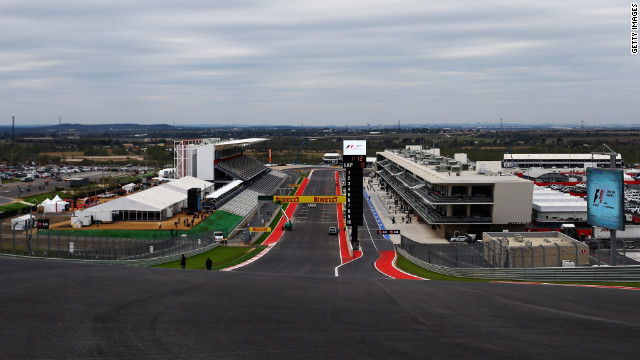 Austin's purpose-built Circuit of the Americas is hoping to reignite the United States' passion for Formula One after a history of failed attempts in recent years. 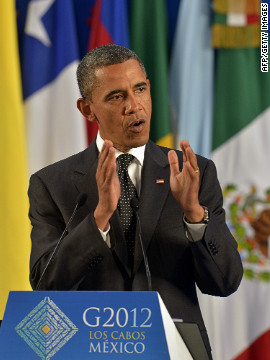 President Obama was swept back into the White House on the back of huge Latino support, and with Austin just 200 miles from the Mexican border, F1 is hoping to ignite new support for the sport in Central America. 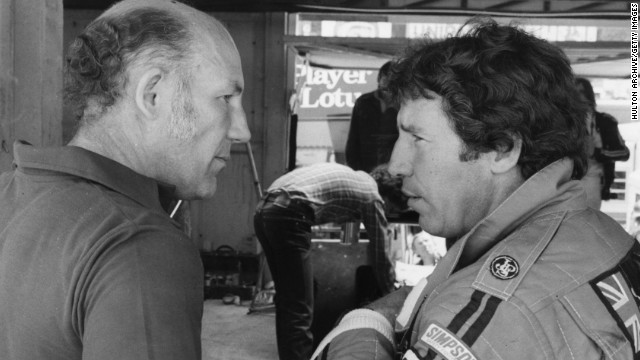 Mario Andretti (R) is one of only two American drivers to have won the Formula One title. Here he is seen talking to Stirling Moss, during his championship-winning season in 1978. He says stability is key to F1 success in the States. 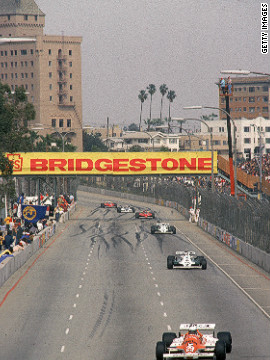 The Long Beach Grand Prix was held in California between 1976 and 1983 after F1's long association with the Watkins Glen circuit in upstate New York. The U.S staged an unprecedented three F1 races in 1982 but it soon became a nomadic event. 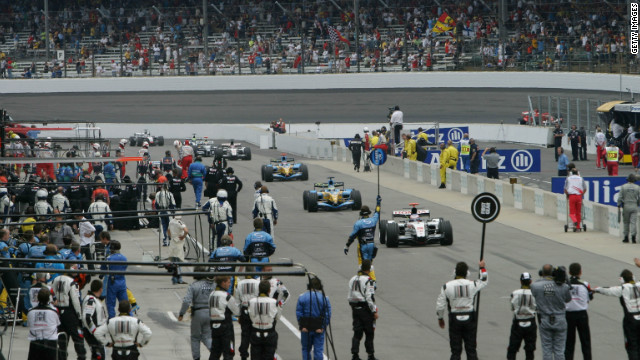 A dispute over tire safety saw the 2005 U.S. GP at Indianapolis descend into farce. Only six cars contested the race as the rest of the field peeled off into the pits before it began.
Formula One rodeo
Hit the road
Latino power
Andretti: Stability is key
Long Beach
Indianapolis farce
HIDE CAPTION
<<
<

"Those epic battles stand the test of any sporting rivalry."

Senna was a perfectionist, taking risks which could turn certain victory into abject failure -- notably his crash at the 1988 Monaco Grand Prix when he was holding a 55-second lead over his nearest rival.

If Senna took the sport to the very edge of sportsmanship, Fangio conducted himself with "a sense of honor never seen before or since."

He shot to global fame in 1958 when he was kidnapped in Cuba by Fidel Castro-led revolutionaries.

As was the case with everyone who met him, his captors were charmed by Fangio and they released him unharmed," it is claimed in a tribute to him on the sport's official website.

When describing what made Fangio so special, three-time drivers' champion Jackie Stewart said: "I think the dignity and style, the way he went about his business .

"Fangio is the one that, for me, would have written the whole book. You would want to do what he did and how he did it."

Over the course of their illustrious careers, the pair astonished with their ability and courage, pushing their vehicles to the limit in pursuit of the checkered flag.

Perhaps it is fitting, then, that these two legends of motorsport proved inseparable.