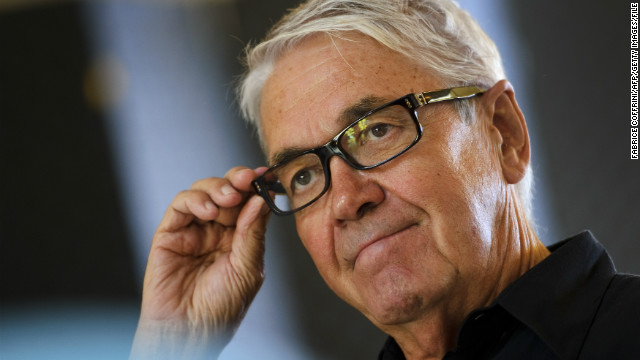 Claude Nobs had been in a coma following a skiing accident over Christmas.
STORY HIGHLIGHTS

(CNN) -- Tributes are pouring in from the entertainment world for Claude Nobs, the founder of the Montreux Jazz Festival, who has died aged 76 following a skiing accident.

The death was announced on the official website of the jazz festival "a few days after your accident in Caux-sur-Montreux, in your beloved mountains, overlooking the lake that you were so fond of."

Nobs, who had been in a coma since December 24 after a fall, died in hospital in Lausanne on Thursday, Swiss media reported.

He co-founded the jazz festival in the small Swiss town in 1967 with then-president of Atlantic Records Nesuhi Erteguen.

Claude Nobs, CEO Montreux Jazz RIP - Proud to have been with you at your last Festival. Forever, Nile & CHIC fb.me/UiRvN1uq

The festival was originally staged at the Montreux casino, but in 1971 a fire broke out while Frank Zappa was performing. Deep Purple immortalized the event the following year in their global hit "Smoke on the Water." The song referred to Nobs, who saved many people in the blaze, as "Funky Claude."

Since then the Montreux Jazz Festival has attracted many music legends, including Miles Davis, Ray Charles, David Bowie and Prince.

We mourn the sudden and tragic loss of Claude Nobs, the father of the Montreux Jazz Festival, and a long-standing... fb.me/1Nads26tj

And Brian May, guitarist of rock band Queen, wrote on his Facebook page: "We mourn the sudden and tragic loss of Claude Nobs, the father of the Montreux Jazz Festival, and a long-standing dear friend. We salute his unparalleled contribution to Blues, Jazz and Rock culture in Europe, and will miss him greatly.

"Our deepest sympathies to his family and those near and dear to Claude."

The official festival website also added its condolences: "You always had a sparkle in your eyes whenever you dealt with people. For all of us, who were fortunate enough to cross your path, you will always remain the one who questioned certainties. « And, why not ? » You would repeatedly ask the same question when we tried to explain why a project would not be feasible. Reality was never challenged only your wildest dreams. The Montreux Jazz Festival is the ultimate proof of that! But not the only one!

"Your audacity resonates in each one of us, a strong sense of generosity and sharing. Thank you for taking us where we never thought we could go. And in your typical spirit, you left by surprise as if to remind us once more, that in life as in music, each great performance could be the last one even if the show must go on. You hoped for an exit that reflected your life, you succeeded this as well. We carry, and will continue to carry on in your spirit everything you taught us."

People we've lost in 2013: The lives they lived