Your thoughts: Americans dying earlier than their peers 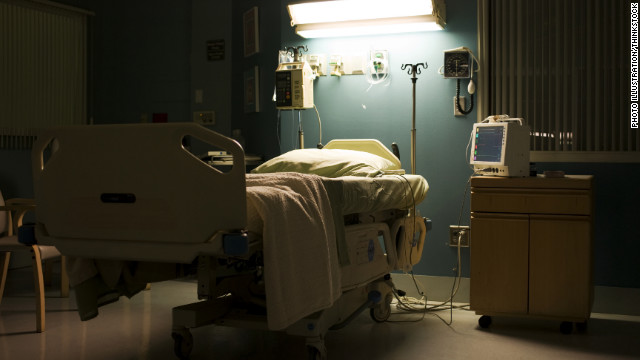 (CNN) -- Few of you were surprised that despite spending more per person on health care than any other country, Americans are getting sicker and dying younger than our international peers.

"This should be baffling but seeing the downward spiral our nation is taking, it's real no surprise. Is this our new reality?" @Blonde_Cake tweeted.

The report was commissioned to figure out why life expectancy in the United States is increasing at a slower rate than in other high-income democracies.

>@cnn @cnnhealth because we are an obese nation, full of addicts to drugs and alcohol who only crave more. #didn'tneedtoreadit

A panel of experts spent 18 months analyzing data from 16 "peer countries" for the report.

CNN commenter stevecray said, "They needed 18 months to determine the problem! It will take me less than a minute: obesity, sedentary lifestyle, a for-profit healthcare system controlled by insurance and pill-pushing pharmaceutical companies that try to limit preventative healthcare."

The panel found that United States lacks many social programs that other governments provide that could negate the effects of poverty.

@cnnhealth It's the disparities between our class systems. Stress levels, access to health care... all of that plays a part in morbidity.

"With Medicare and Social Security costs 'out of control,' at least according to some, why would we want people to live longer?" commenter Jmm72 asked. "If they waved a magic wand and our life expectancies suddenly jumped to world-class levels, it would break the bank. Good thing the only measure that counts in the U.S. is profit."

Commenter Rollins said: "Countries who mind their business and do not involve themselves in wars every few years can do such things. The U.S. gives millions away to foreign aid (and) we get involved in conflicts that are not in our best interests because our politicians are owned by special interest groups."

Commenter Bbcblogger argued that social problems can be found on a micro level as well.

"Study after study on individuals that have high longevity (shows they) have strong social communities. That is the one common factor they all share. Yet what is the first thing I hear when foreigners visit the U.S.: 'No one even says hi to you' or ' People don't even know who their neighbor is.' We are becoming more and more isolated, and it shows in more than one way."

Micah also placed part of the blame on individuals' shoulders: "It stuns me that people aren't better about their personal health when they can learn so much from doing maybe a day's worth of research to see what is good and horrible for you."

Although the report said not all of Americans' health disadvantages stem from our health care system, readers were quick to point the finger in that direction.

@cnn @cnnhealth : America has made healthcare most difficult to access even for the middle class. Imagine the poor. That's what greed does!

But WrkrB had a different take: "Universal health care? If you've got a minor medical problem and you live in Italy, great! If you need open-heart surgery or some other expensive procedure, you get on a waiting list and hope your name comes up before your number is up."

The report also talked about America's obesity epidemic and how our environment may be playing a role. Several of our readers weighed in on the food culture in America.

@carolcnn @cnnhealth if anyone really cared about dying people and the cost of health care, we would go after fast food like gun control.

"I moved from Europe to the U.S., about six months ago," Nic wrote. "First observation after a visit to the supermarket: fruits and vegetables way too expensive; cheap products stuffed with fats and sugars. In short, if you want to kill off a whole population, slow but sure, I couldn't come up with a better strategy."

What do you think is the reason -- or reasons -- Americans are living shorter lives than those in other rich nations? Tell us below.