Unemployment in Europe: Is there a solution? 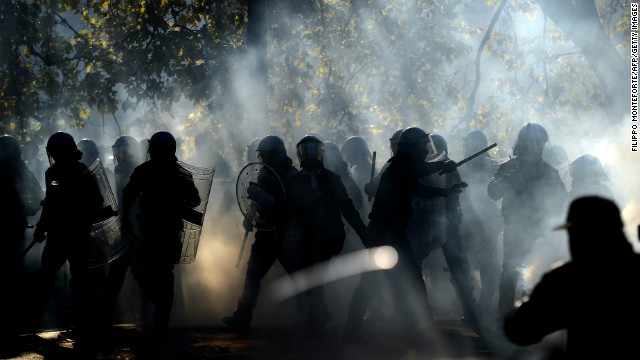 Eurozone crisis sparked protests throughout the continent. Pictured here, demonstrators fight with riot policemen during a protest against austerity on November 14, 2012 in Rome. 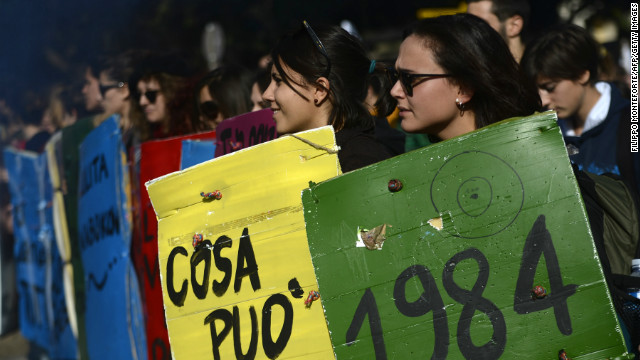 Students hold placards with titles of classic books during a protest on a day of mobilization against austerity measures by workers in southern Europe on November 14, 2012 in Rome. 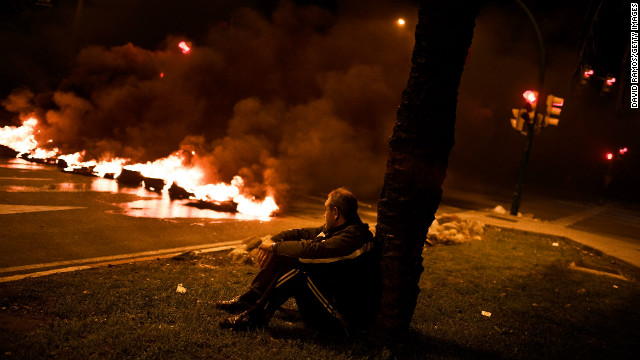 A demonstrator sits next to a barricade of burning tires on November 13, 2012 in Barcelona, Spain. 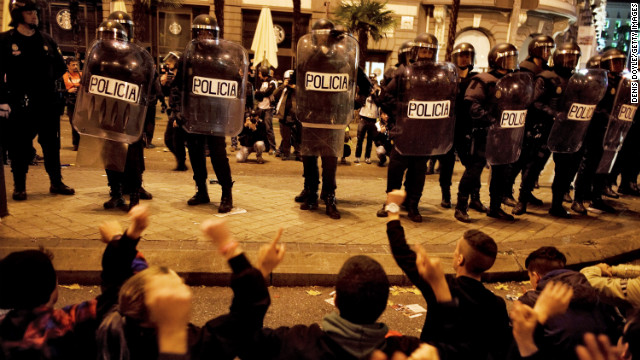 Protesters sit down in front of a line of police. 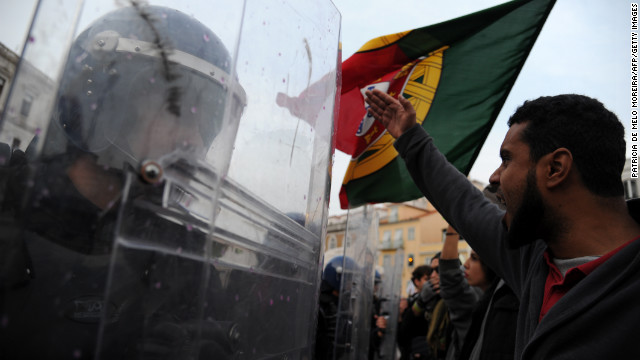 Riot police officers face protesters during a demonstration outside the Portuguese Parliament in Lisbon on November 14, 2012 during a general strike. 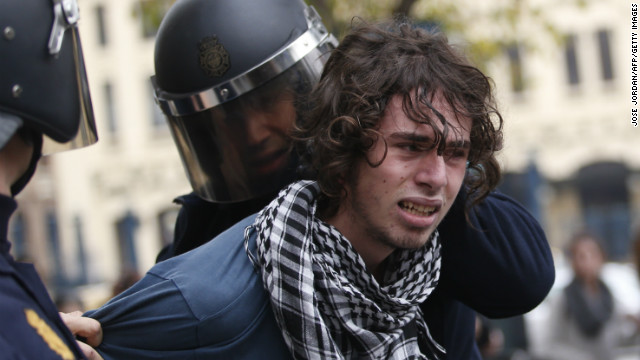 Riot policemen arrest a protester in Valencia on November 14, 2012 during a general strike. 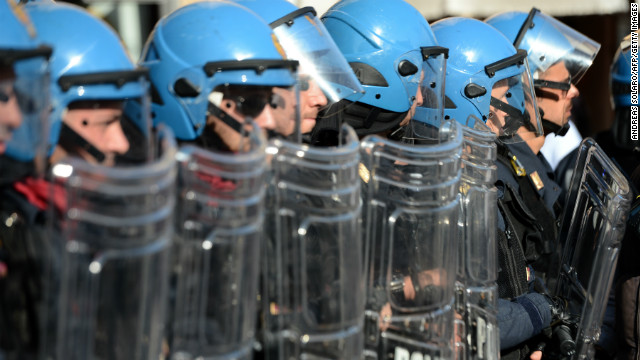 Riot policemen stand in line during a protest against austerity measures by workers in Europe on November 14, 2012 in Rome. 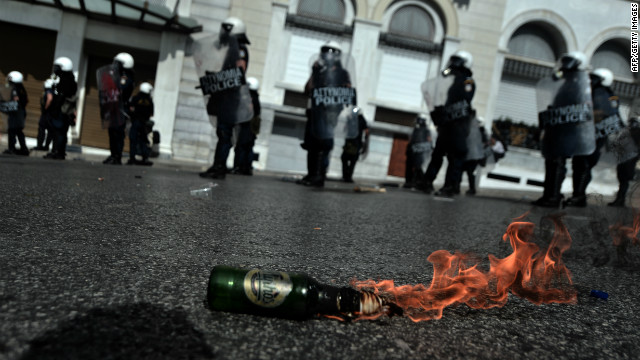 Greece has seen some of the most violent protests in years. 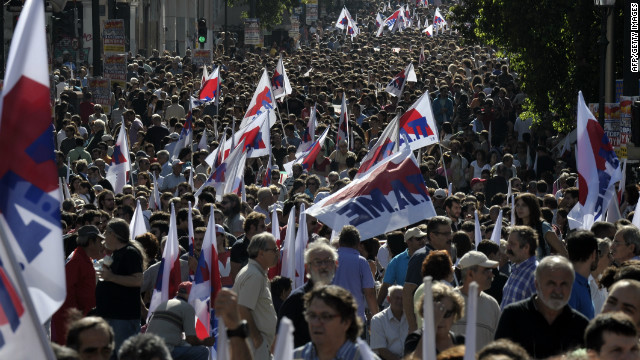 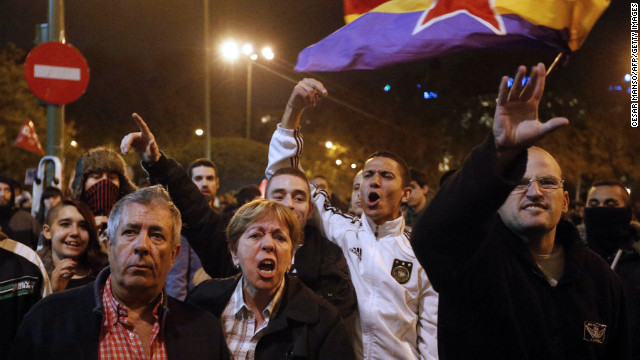 Protesters attend a demonstration organized by Spain's "indignant" protesters, a popular movement against a political system that they say deprives ordinary Spaniards of a voice in the crisis, near the parliament building in Madrid during a general strike. 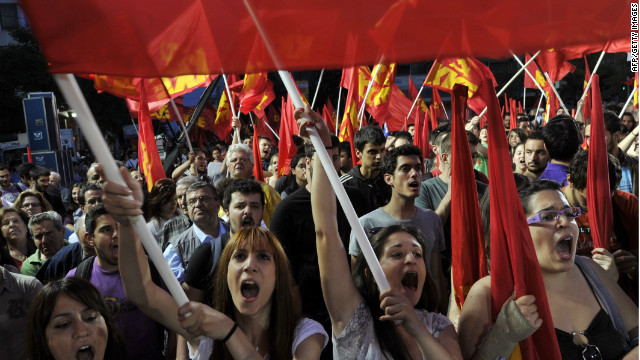 Editor's note: Christopher Pissarides is a professor in economics and political science at the London School of Economics. In 2010, he was awarded the Nobel Prize jointly with Peter Diamond and Dale Mortensen for his research in the labour market and macroeconomics.

(CNN) -- The recession in Europe is entering its fifth year and unemployment doesn't look like it will be returning to normal levels anytime soon.

In the countries with debt problems, especially Greece and Spain, unemployment skyrocketed in the last couple of years and is now at unprecedented levels. One in two young workers is out of a job.

Are we losing a whole new generation of young workers? Are we wasting hard-earned skills?

It is clear unemployment will not recover fully before the debt crisis is over and Europe's economy improves.

The fiscal consolidation programs, although necessary in the long term, are making the unemployment problem worse -- and policy is needed to offset their impact on jobs.

The policies needed to combat unemployment go against the thrust of fiscal consolidation; it is not only an economic problem but a serious social problem.

Deep recession and high unemployment tear into the fabric of society. Unemployment causes misery to families, destroys their self-esteem and wastes their potential. It is both a waste and a regression.

Jobless youth often feel rejected by society, and react either by withdrawing, by wasting themselves or by lashing out violently, as we have already seen in some southern countries. Spending money on policies that can combat the problem until the economy recovers is a good investment in the future of our societies.

For the young, excluding the education and training budget from the fiscal consolidation programs is essential. I would go further during recession and stress the importance of increasing spending on training and job subsidies for new job creation.

There is a lot of creativity and entrepreneurship in young people that can be unleashed if initial financing can be found. Governments can help in this, just as they help with student loans.

I am in favor of extending the student loan scheme to start-ups by young people, subject to approval of the start-up by the appropriate government department. In recession the government should become the "angel" of young entrepreneurs.

Unfortunately if left alone employers will not create enough jobs in recession to keep unemployment low.

Of course, to some this is the essence of recession but the jobless rate depends also on many other factors, not just on the fall in demand.

Just as government should help reduce the impact of recession on unemployment through programs, workers and their unions should be prepared to take pay cuts and share out work in recession.

The alternative is much worse: it shifts the burden of recession onto the few who have been unfortunate enough to lose their jobs. It is appalling to hear sometimes that even in recession there are people who earn overtime wages. Work should be shared out, even if it means lower pay for those who would have kept their jobs.