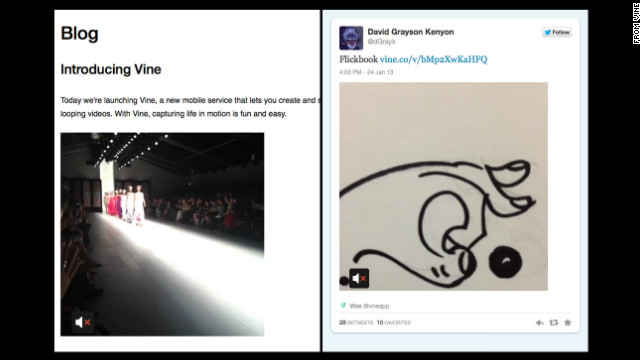 (CNN) -- For some people, it's been an open question: Is six seconds, the limit before a Vine video starts looping over and over again, enough time for real creativity?

The answer is yes.

About 24 hours into the existence of Vine, Twitter's appropriately brief video-sharing app, it's already clear that users are doing really cool stuff with it -- in much the same way that people found ways to be funny or insightful with just 140 characters of text.

Sure, a lot of the Vine posts we're seeing are random images of crap on people's desks, their lunches or their cats. (Would it really be the Internet without cats?)

But why focus on the negative when you can accentuate the positive? Here are a few of the most interesting Vines we've seen so far. Let us know of ones we missed in the comments.