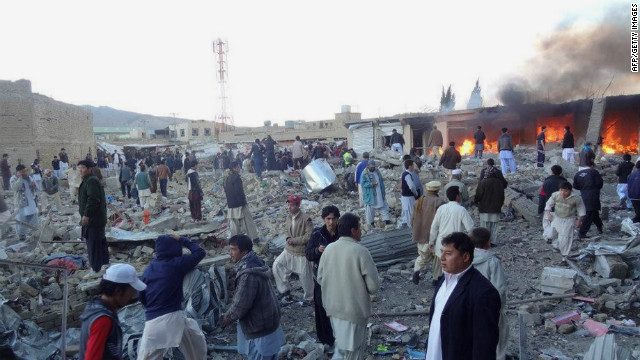 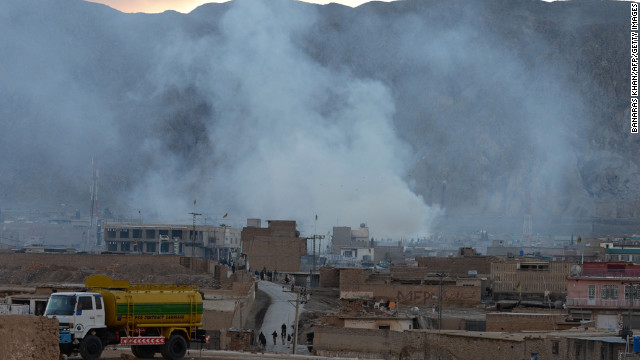 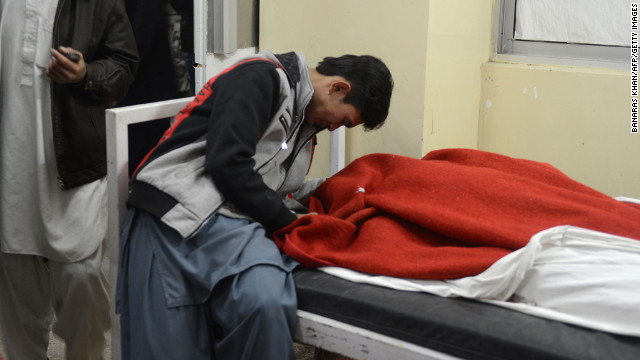 A relative mourns the death of a loved one. 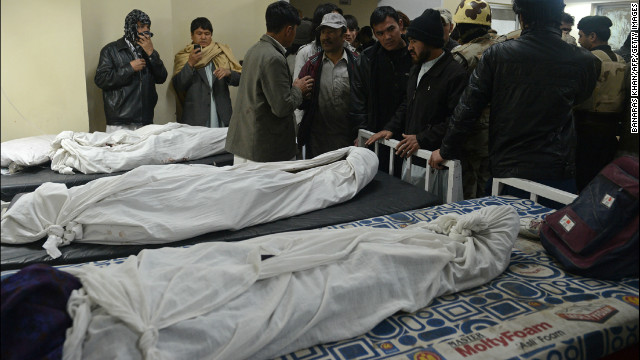 Locals gather at a morgue to identify the remains of relatives. 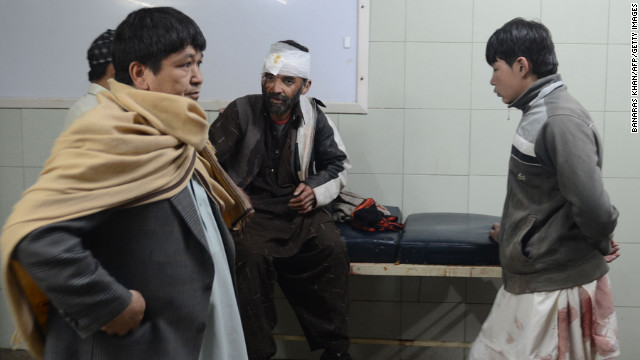 Relatives gather around an injured victim at a hospital in Quetta. 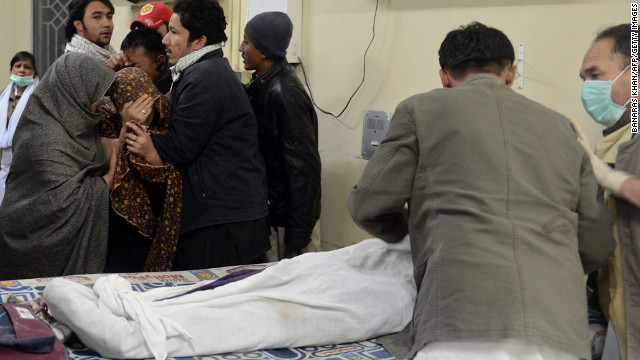 Mourners stand near a relative killed in the blast. 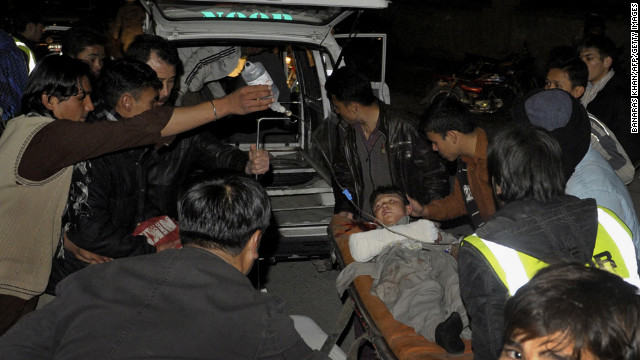 Islamabad, Pakistan (CNN) -- Pakistani police have revised the cause of a blast that killed 83 people on Saturday, saying a suicide bomber was behind the attack that pulverized a busy marketplace.

The explosion targeted Shiite Muslims in Hazara, on the outskirts of the southwestern city of Quetta, authorities said.

Police now say a suicide bomber, driving an explosive-laden water tanker, rammed the vehicle into buildings at the crowded marketplace.

Previously, police said explosives were packed in a parked water tanker and were remotely detonated.

The blast demolished four buildings of the marketplace, leaving dozens dead and 180 injured.

The assault left some wondering what could stop the bloodshed in Quetta.

Zulfiqar Ali Magsi, the governor and chief executive of Balochistan province, told reporters Saturday that law enforcement agencies were incapable of stopping such attacks and had failed to maintain law and order in Quetta.

Pakistan, which is overwhelmingly Sunni, has been plagued by sectarian strife and attacks for years.

Police described that double bombing as one of the worst attacks on the Shiite minority.

According to its interpretation of Islam, Lashkar-e-Jhangvi believes that Shiites are not Muslims. The group believes Shiites insult close companions of Muslim's prophet Muhammad. Therefore, the militant group believes killing Shiites is a justified in Islam.

Families of victims from Alamdar Road protested for several days by laying their relatives' bodies on a road in Quetta until the federal government dissolved the provincial government and imposed governor rule.

Although Balochistan is the largest Pakistani province in Pakistan, analysts and some locals have criticized the federal government for neglecting it, leading to instability.

The Shiite community has repeatedly asked for more protection but to no avail.

During the Alamdar Road protest, Pakistani Prime Minister Raja Pervez Ashraf met with Shiites in Quetta, Pakistani media reported. He agreed to toss out the provincial government and putting a governor in charge.

All administrative powers of the provincial government were given to the governor, who deployed paramilitary forces to maintain law and order in Quetta.