Daisuke Takahashi: Japan's golden boy on the importance of being 'gorgeous' 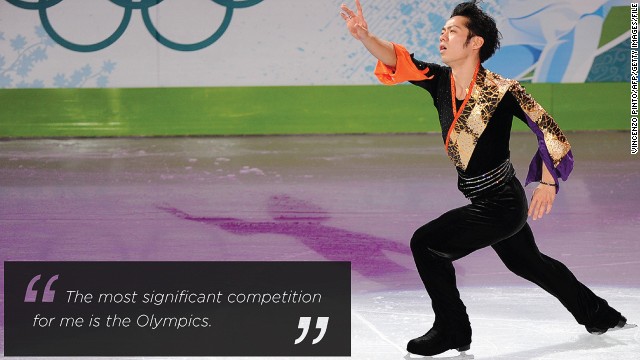 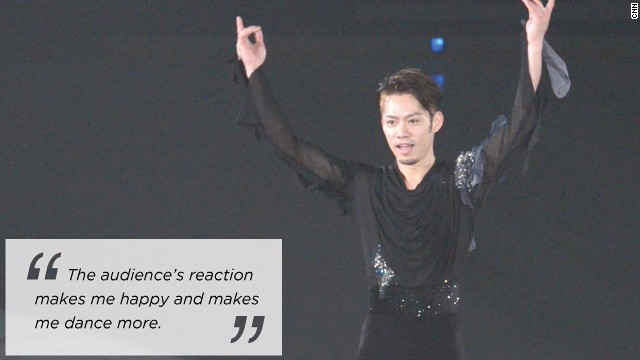 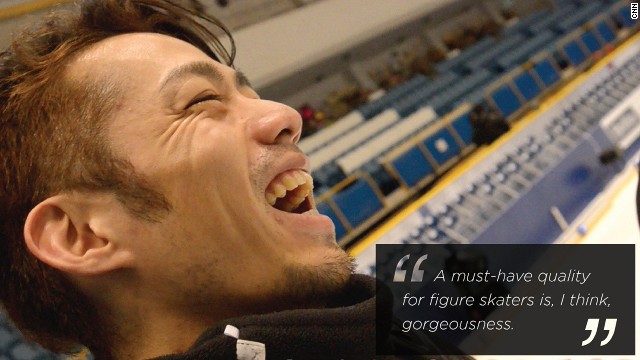 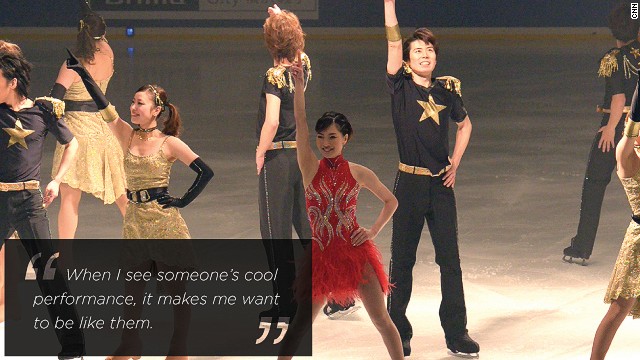 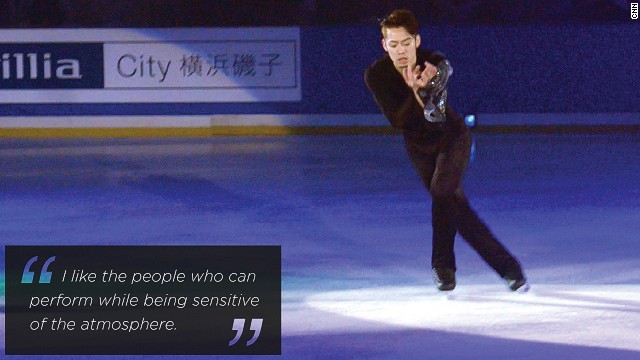 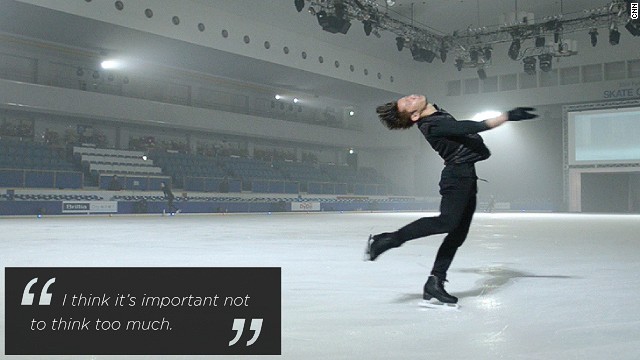 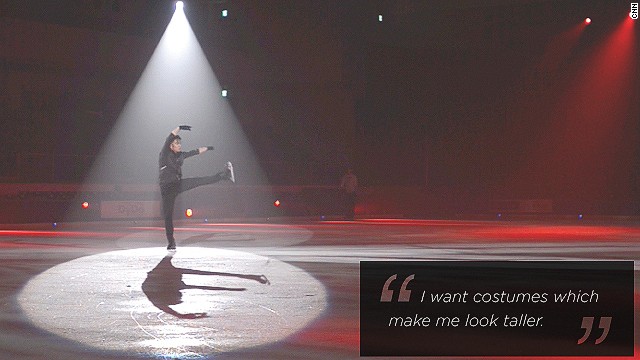 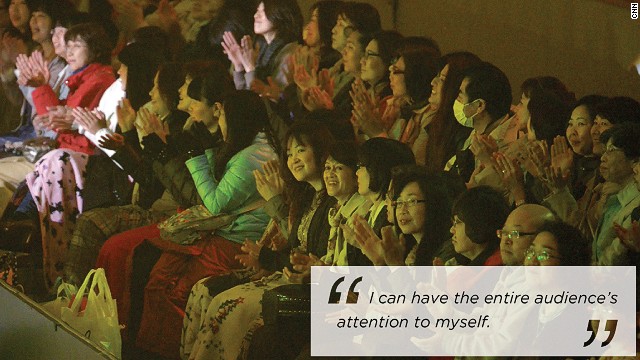 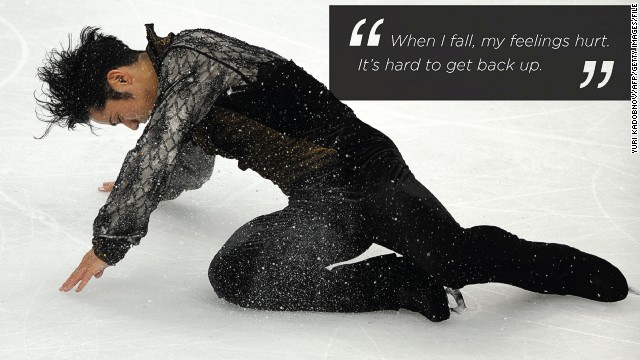 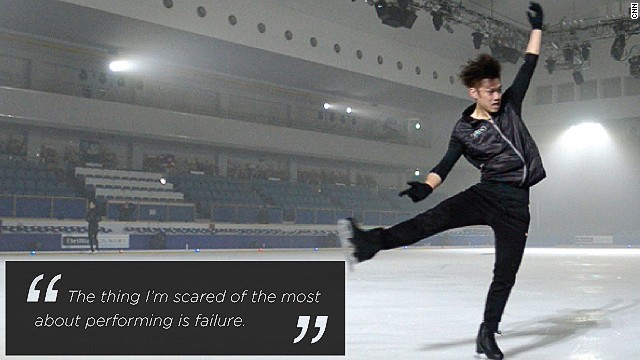 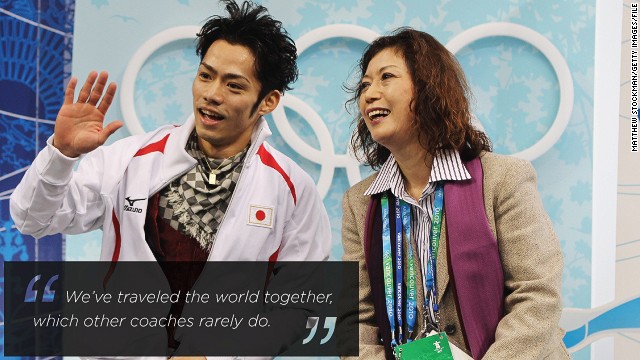 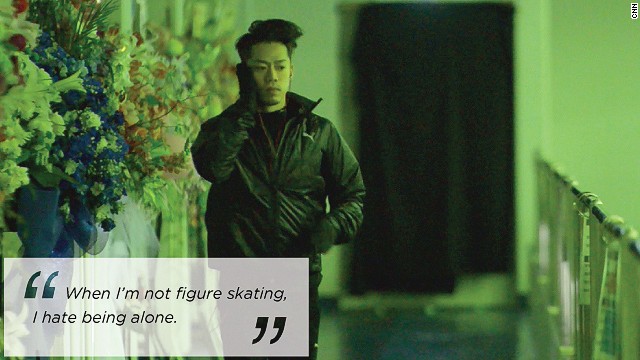 (CNN) -- "A must-have quality for figure skaters is, I think, gorgeousness."

Japan's Daisuke Takahashi throws his head back and laughs, but he is serious.

His is a sport where performance is everything -- from the flamboyant routines to the glitzy outfits to the interaction with the crowd.

"The best part about figure skating is how I can have the entire audience's attention to myself," the former world champion told CNN's Human to Hero series.

"I believe performing and showing off is very important, but I constantly prevent myself from becoming too self-absorbed. The audience won't be moved if I'm performing only for my satisfaction.

"It's sort of like playing 'catch.' For me, when I'm watching musicals or performances, I feel a bit uncomfortable when the actor is too self-absorbed. I like the people who can perform while being sensitive of the atmosphere."

Takahashi was raised to national hero status in 2010 when he became the first Japanese man to win a world singles title in figure skating, having the previous month become the first to win an Olympic medal in the discipline when he took bronze in Vancouver.

Despite his success -- he also won silver at last year's worlds -- the 27-year-old admits he still looks up to his rivals.

"I never thought I have anything special. I've always thought about what I don't have compared to other skaters," he says.

"I tend to think like other skaters get more applause than I do. I constantly think about ways I can level up, and I'm often jealous of other skaters," he adds, laughing. "When I see someone's cool performance, it makes me want to be like them, and that's what motivates me."

Olympic champion: Sailing is not elitist

A big part of figure skating is the outfits -- often elaborate lycra creations that might otherwise seem more at home in a musical stage show.

"I don't have long legs and arms, and I am ... short," quips Takahashi. "So I want something that makes me look taller and with longer legs and arms.

"I want something will make me a bit bigger, and so something with flaps that give my arms a little flow."

The shoes, with their thin blades, are even more important.

"If I didn't have them, I wouldn't be able to skate, so it's like the heart," Takahashi says.

"I think it's something everyone struggles with, especially for me because my shoes don't last long. I sometimes change them every month or after every competition, and it's very difficult finding the right shoes. Depending on if the shoes are good, it affects the performance, so it's very important."

Read: From the front line to the try line

Born in the city of Kurashiki in Okayama Prefecture, Takahashi wanted to be a gymnast when he was growing up.

But, as fate would have it, an ice rink was built near his home and his future was settled by the practical reality of it being closer than the gymnasium where he infrequently trained.

"My mother's co-worker who really liked ice skating took me and it made me realize that I really want to do this," he recalls.

"Figure skating wasn't famous where I grew up, and the ice rink was just built with a small club team without a professional coach, so the number of skaters was really small. But we all worked together to manage the money, learn tricks, and organize."

At junior high school he met Utako Nagamitsu, who has remained his coach ever since -- she is currently working alongside the Russian Nikolai Morozov, who is now back on Takahashi's team after their initial split back in 2008.

"We've traveled the world together, which other coaches rarely do," Takahashi says of Nagamitsu. "Now it's officially a team, with a nutritionist, trainer, management company, costume maker, music mixer and level check managers, and choreographers."

Takahashi's success in 2010 was all the more satisfying because he had only just returned to full fitness after a serious knee injury that sidelined him for a year.

The anterior cruciate ligament problem halted his progress after he won silver at the 2007 world championships -- another first for Japan.

"I'm afraid of injuries. The surgery was good for my mental health, but it was about three years later when I was able to get back my flow," he says.

"As for balancing off-ice and on-ice life, right now I try not to because all of it is part of my private lifestyle. I'll take breaks to rest my body, but I generally don't feel like I must take days off."

Takahashi took more time out in 2011 when he had to have the bolt from that knee surgery removed, but he recovered the following year to win his first Grand Prix Final -- which was held in Sochi, the Russian resort city that will host next year's Winter Olympics.

"The most significant competition for me is the Olympics. I've entered the Olympics twice, but the one at Vancouver is the one I can't forget about," Takahashi says.

"It was the season after recovering from my injury. It was a competition that I got so excited I started tearing up before it began, which never happened before.

The girl with the dancing horse

"I got hurt, and I struggled, took out my feelings on the people who supported me, and even then I was able to make the Olympics, and through the season it was the only time when I felt like I was actually competing well.

"It wasn't the perfect performance, but it was my first medal, and I think that was when my life took a different turn."

Takahashi is now hoping to earn one of the three men's places in Japan's figure skating team for Sochi.

He finished sixth at March's world championships in Canada, behind fourth-placed compatriot Yuzuru Hanyu but ahead of Takahito Mura in eighth.

Both are much younger -- Hanyu is 18 and Mura 22 -- and Takahashi is keenly aware that he has a lot of work to do if he is to succeed at Sochi.

"They definitely are rivals, but it's more like I try hard so that they see me as their rival. Now the level of technicality of skating is very high and they grew up with the new rules, but my generation just adjusted to the new rules ... It's hard keeping up."

But Takahashi showed last month in Tokyo that he still has what it takes, winning the individual title for the second year in a row at the World Team Trophy event, with Mura fifth.

"Since three years ago when I decided to continue my career until Sochi, I think emotionally I'm doing everything I can to prepare for it, more than any other Olympics ever," he says.

"I don't have the Olympics gold medal, so I definitely want it."