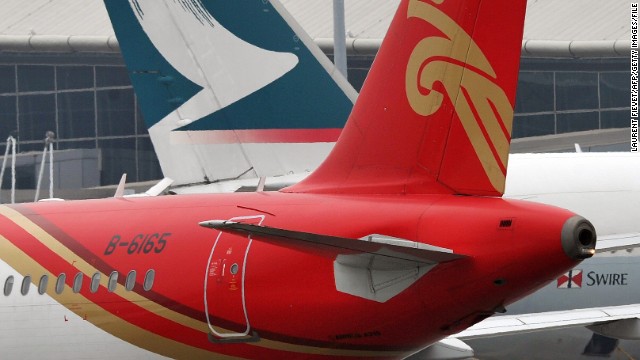 Shenzhen Airlines said on its official microblog account that it had received multiple threats that lead it to reroute two flights and delay another.

A flight to Shenzhen operated by Juneyao Airlines returned to Shanghai, its point of departure, so that the plane, passengers and baggage could all be checked following a threat, the state-run news agency Xinhua reported.

The flight eventually took off using a different plane, the news agency said.

China Eastern Airlines received a threat regarding its flight from the northern city of Lanzhou to Shenzhen, via the central city of Xi'an, Xinhua reported. The flight was subsequently cleared for takeoff, it said.

According to China Eastern's website, the flight's departure from Xi'an to Shenzhen was delayed by more than two hours.

Police are now investigating the case, according to Xinhua and Shenzhen Airlines.

Asked for further comment on the threats, Shenzhen Airlines directed inquiries to the individual airports where the threats were received.