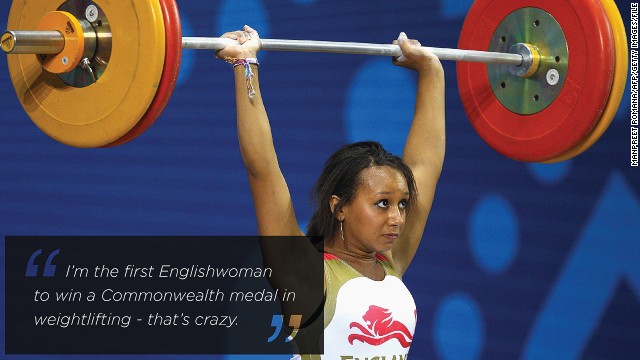 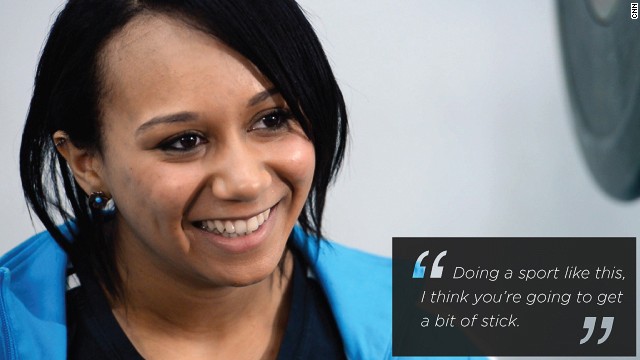 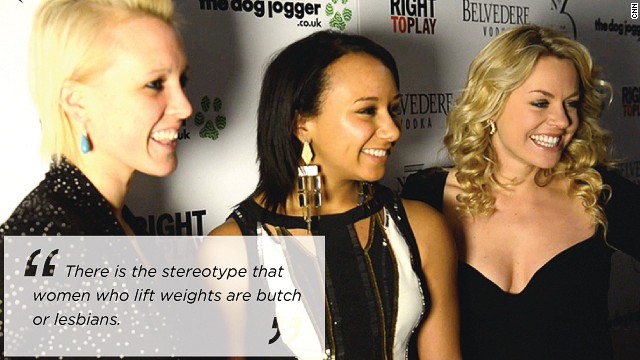 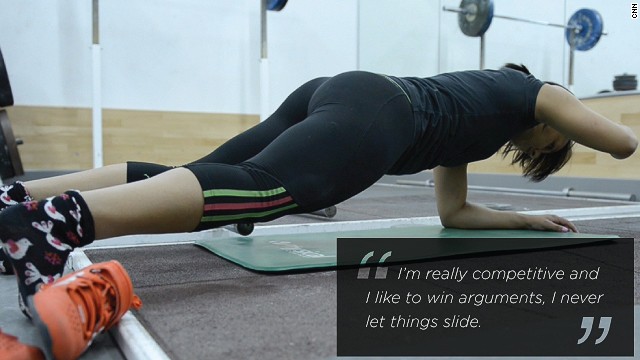 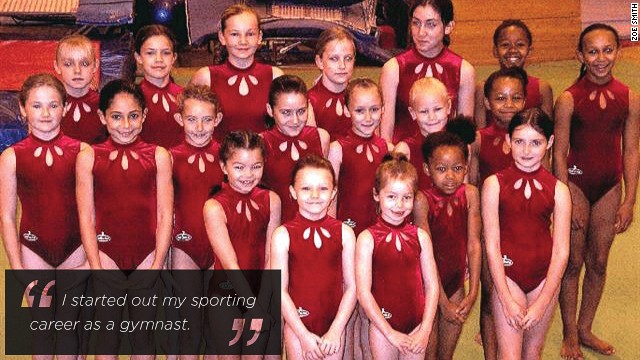 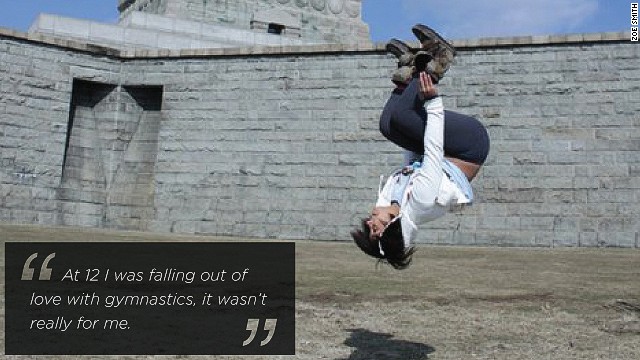 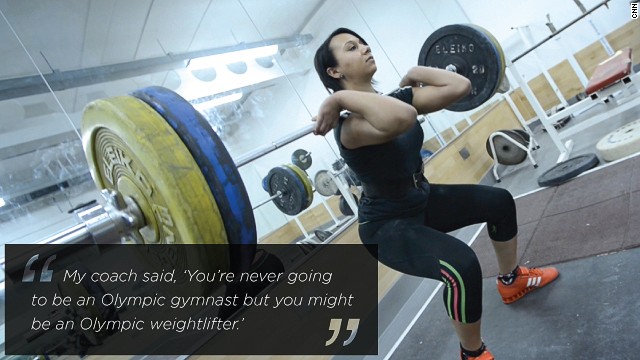 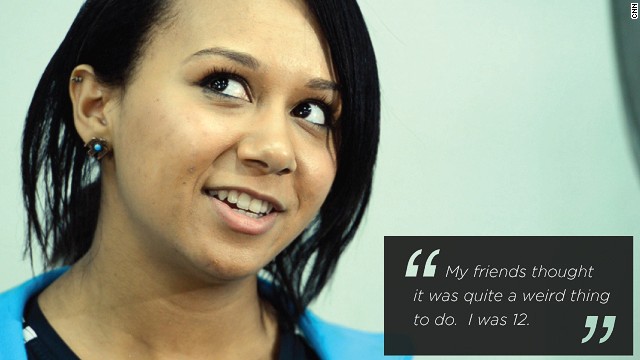 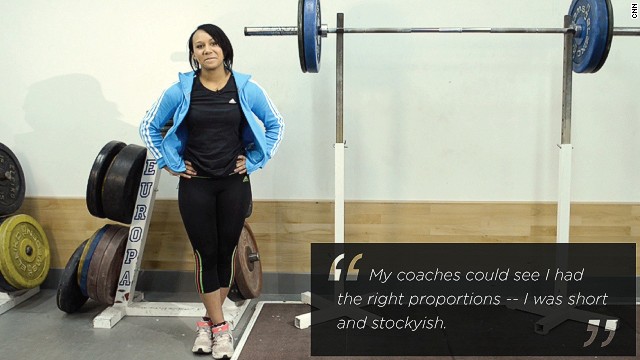 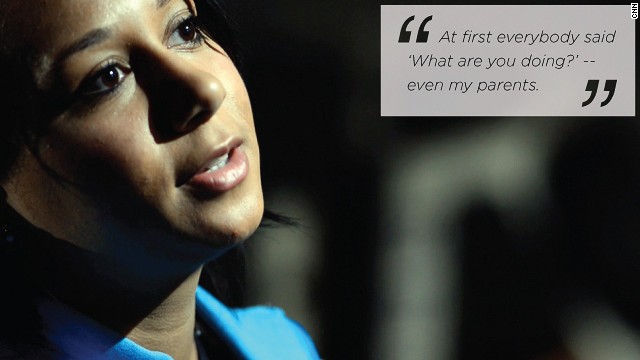 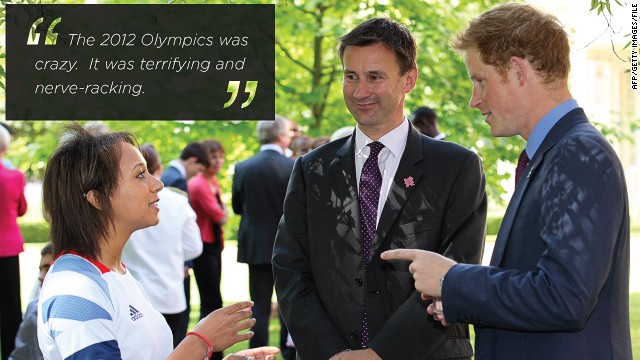 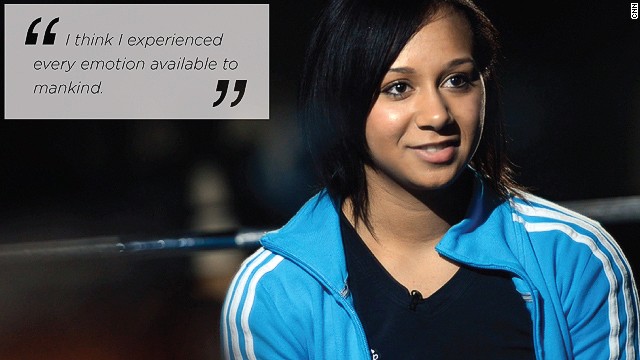 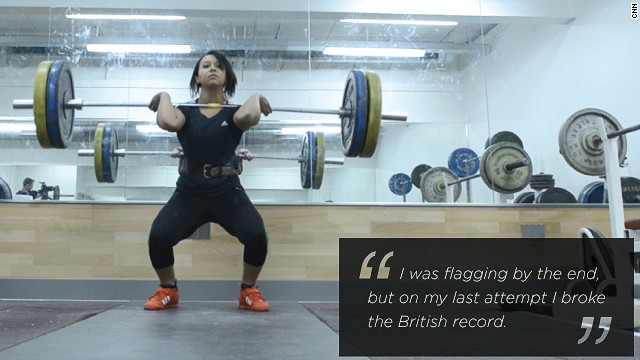 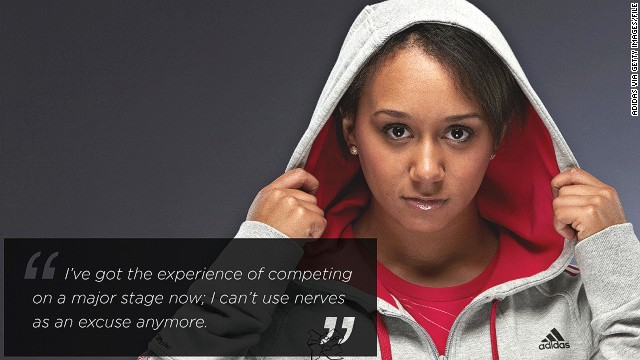 If the 19-year-old isn't employing her immense physical strength to lift more than 120 kilograms -- easily double her own weight -- she's smiting Twitter trolls who are foolish enough to take her on.

"I suppose there is the stereotype that women who lift weights are butch," she told CNN's Human to Hero series about the online attacks she has faced.

"Or my favorite one is lesbians, which is a ridiculous kind of thing to say because I don't understand how lifting weights could make you a lesbian. But anyway, it's not me who thinks these things."

Smith may stand at just five foot three inches tall but tenacity courses through her veins, evident by a debut performance at the London Olympics that cemented her status as Great Britain's preeminent weightlifter.

She equated the noise that greeted her British record lift of 121 kg in the 58 kg category to the tumult that was lavished upon one of her favorite bands, Muse, at one of their Wembley Stadium gigs.

And though that cacophony saluted her strength, mental fortitude has been just as valuable in her battle to convince people that lifting weights was her destiny -- even her mum and dad.

"At first everybody was like 'What are you doing?' when I told them I had started weightlifting, even my parents actually," she said.

"It wasn't the fact that they thought it was like a 'boy's sport,' it was the fact they were paying for me to do gymnastics and I was spending all my time in the weights gym! So they weren't best pleased. But then I think my dad came in first and saw me lifting.

"I think I was only doing high pulls, so from the floor to about (shoulder height) on about 60 kilos and just being curious about it I think my dad picked it up when no-one was looking and his face went white as a sheet.

"He wasn't quite himself the whole way home and I overheard him say to my Mum, 'I've just seen what she's lifting!' "

If her dad was shocked then, he'll surely be flabbergasted by now.

Smith has gone to conquer a multitude of British records since taking up the sport, in her two chosen disciplines: the snatch and the clean and jerk.

In 2010, at 16, she became the first Englishwoman to win a medal at the Commonwealth Games, taking home the bronze, and added silver at the World Youth Games the following year before hitting the big stage at London 2012.

Her experience in India for the Commonwealths gives an indication of the dedication her sport requires.

"I think I had, in the past couple of days prior to that, just an egg and a glass of water -- this is the extreme measures we have to go to in order to cut weight for our category," she said.

"It was boiling hot and I felt I was going to die. But had I been on form I probably could have won. Bronze wasn't bad, I'm hoping to go back next year (in Glasgow, Scotland) and get the gold."

Smith had always set her heart on appearing in the Olympics, but by the time she was 12, she'd grown to realize it wouldn't be in the field of gymnastics -- her first love.

Her coach planted a seed that she might have a far better chance of making it to the Olympics if she swapped the high bars for the dumbbells.

And despite the switch perplexing her family and friends at first, the idea stuck.

"I was powerful but not very graceful so I would never have made it as a gymnast," Smith said. "I was always good at tumbling and stuff but I could never get to grips with beam bars -- I was terrified of stuff like that.

"They needed a girl for the weightlifting club to take part in a competition to make up a full team so I gave it a go and I took to it quite quickly."

Junior British records had been tumbling throughout her teens but it was the limelight of London 2012 that thrust her into the public consciousness.

Though not yet 20, Smith radiates the twin characteristics that delight British sports fans --- a mixture of bulldog and underdog.

Tenacious, driven, plucky and resilient, her makeup formed a potent cocktail that legions of followers in in the UK found irresistible.

But as is often the case with high-profile sporting stars, her achievements at the Games drew sniping in some quarters on social media sites.

If they hadn't realized while watching her delight the partisan home crowd, the trolls soon found out that Smith is not one to take a backwards step.

"Doing a sport like this I think you're going to get a bit of stick but I'm quite good at handling that kind of thing," she said.

"I'm really competitive and I like to win arguments. I never let things slide so I just have to take them up on it and say 'Well, why am I a lesbian? Why am I butch?' All this kind of stuff.

"They never have a real answer for it so until someone proves that it's going to change me or the way I am, I am going to keep doing it."

Read: From the front line to the try line

Respected and admired for her display at the Games, finishing 12th in the overall competition, she was also lauded for the head-on way she tackled her detractors.

And her profile was such that many people have been in touch to ask how they can get into the sport.

So how does she look back on the experience of competing in her hometown Olympics?

At first everybody was like 'What are you doing?' when I told them I had started weightlifting, even my parents actually
Zoe Smith, British weightlifter

"It was crazy," she said. "I still can't really put into words how I feel about it. Again I think I was really nervous, I didn't have the best competition.

"I got the British record in clean and jerk which was good. And I just really enjoyed competing in front of a home crowd.

"It was terrifying and nerve-racking; I think I experienced every emotion available to mankind. It was a once in a lifetime experience and I would do it all again if I could."

That is a distinct possibility if her progress continues to climb. And Smith says she'll be better prepared to deal with the size of the occasion when thrust into the cauldron of Olympic competition again.

"In the future I think I'm going to have to use that as a learning curve," she adds. "Take what I did wrong from that experience, maybe be better prepared, and don't put myself through hell a couple of days before.

"I've got the experience of competing on a major stage under my belt now; I can't really use nerves as an excuse anymore.