Internet laughs about being spied on 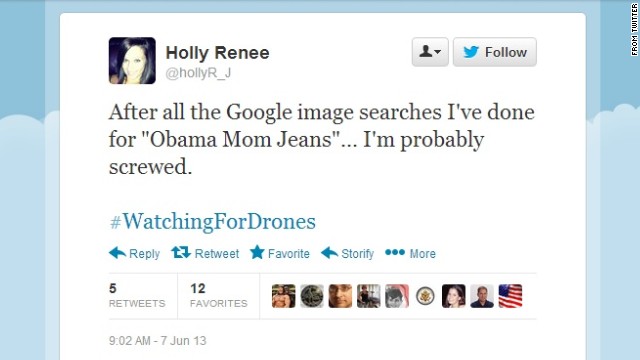 Twitter, as usual, found humor in the news about the U.S. government snooping on citizens' Web use.
STORY HIGHLIGHTS

(CNN) -- News that government agencies have been collecting phone data, and apparently tapping into popular Web services, has sparked a predictable amount of anger and apologists, political charges and counter-claims.

But the Web being the Web, it's also gotten its share of snark.

There's fairly delicious irony to people taking to the Internet to joke about the government monitoring the Internet. So as not to be alarmist, we don't have any reports of tweet-related drone strikes as of this report.

Sure, there was plenty of outrage about the alleged snooping by the National Security Agency. But there was so much chuckling mixed into reaction on Twitter that the joke hashtag #NSACalledToTellMe became a trending topic.

Here's a look at some of our favorite funny tweets on this as of Friday morning. Let us know about others you've seen in the comments.

If you can't see the Storify below, click here.