Which economies will #emergeCNN from financial crisis as winners? 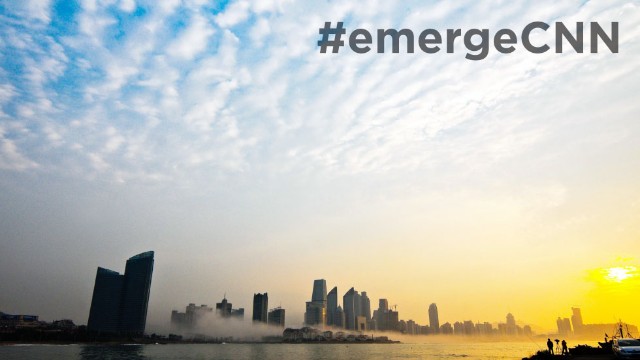 London (CNN) -- The BRIC nations were the ones tagged to drag the globe out of economic despair. But, as the world struggles to recover from the credit boom and bust, they too are stumbling.

Ahead of the St. Petersburg International Economic Forum June 20 to June 22, CNN is hosting a tweet chat with authors and representatives from Google, the United Nations and the Organisation for Economic Cooperation and Development to debate which economies might emerge strongest out of the financial crisis.

Mohammad Gawdat, vice president of emerging markets for SEEMEA at Google, on @googlearabia [UPDATE June 18. Google advises Gawdat can no longer make this chat due to unforeseen circumstances].

Shaun Rein, founder and MD of China Market Research Group and author of The End of Cheap China on @shaunrein

Ronaldo Lemos, founder of the Center for Technology and Society at the Law School of the Getuli Vargas Foundation, on @lemos_ronaldo

The discussion will center around the BRICs and their claim to be the world's future powerhouses. We will discuss if they still deserve to hold that title as they slump while other markets show resilience.

China, the globe's second largest economy, was tipped to overtake the U.S. as the world's economic leader by 2016, but its growth outlook has been downgraded by forecasters including the International Monetary Fund.

The IMF pointed to the country's rapid expansion in credit, which some analysts worry is reaching a growth-sapping scale.

The ease of credit is also raising concerns in Brazil, and there is a debate over whether it even deserves to be a BRIC nation. Brazil grew by less than 1% in 2012, the lowest of the BRIC countries.

Growth in Russia and India, the other two members of the BRIC club, are also slowing as investments fall and commodity prices drop.

In the West, the U.S. and Europe are emerging from the crisis at two speeds: Slow in the U.S., but even slower in Europe.

Meanwhile focus is turning to economic brights lights elsewhere in the world. Sub-Saharan Africa's economy, for one, is expected to grow by 5.6% this year, well ahead of the global average.

At the forum, John Defterios will discuss the potential for other emerging players such as Indonesia and Vietnam.

So which economies will emerge from the crisis as winners, and which will be left behind? Join our chat to have your say.