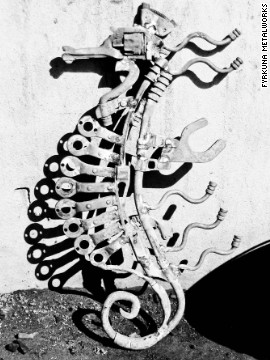 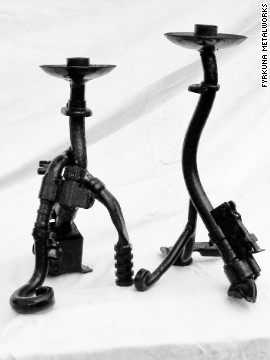 Decommissioned AK-47s, RPG launchers and bazookas are all cut and welded into intricate sculptures. 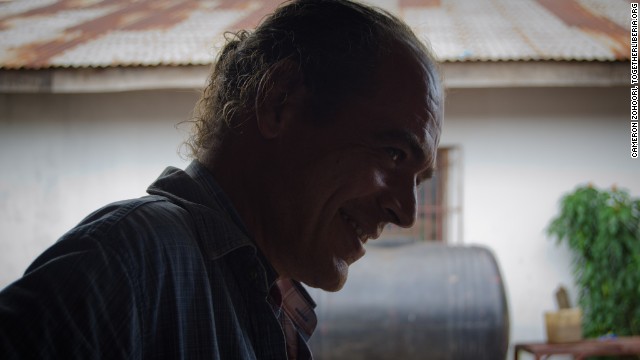 Manfred Zbrzezny, an artistic designer and trained blacksmith who's honed his skills in Italy and Germany, is the founder of Fyrkuna Metalworks. He moved permanently to Liberia in 2005. 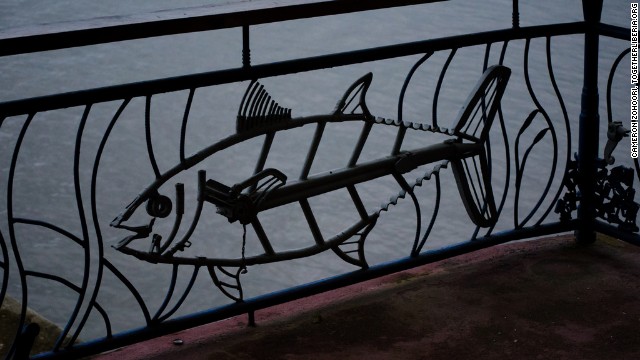 He first worked with weapons scrap in 2007, when he was asked to create a banister for a riverside restaurant in Monrovia. 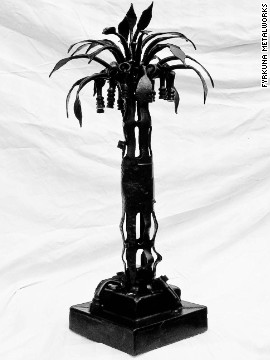 From them on, he started working with discarded objects of violence to develop anything from furniture and bookends to school bells and bottle openers. 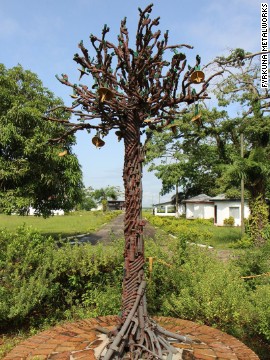 Fyrkuna is also behind the "Tree of Peace," a massive sculpture that's been on display in Monrovia's Providence Island since 2011. 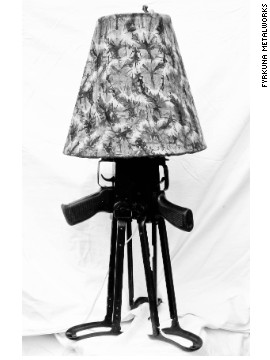 "What was an instrument of suffering can become something beautiful and useful," says Zbrzezny. 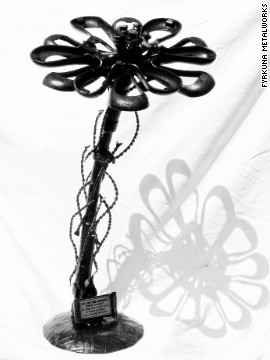 (CNN) -- Manfred Zbrzezny wants to bulk up his arsenal.

For the past few years, the founder of the Liberia-based Fyrkuna Metalworks and his team of skilful craftsmen have been collecting weapons scrap -- relics of the West African country's vicious civil conflict -- for their Arms into Art project.

From their open-sided workshop near Monrovia, the capital of Liberia, the artisans expertly cut, melt and weld scrap metals to fashion them into intricate sculptures.

In their hands, decommissioned AK-47s, RPG launchers and bazookas are transformed into elaborate candle stands, whimsical lamps and even life-size metal trees. 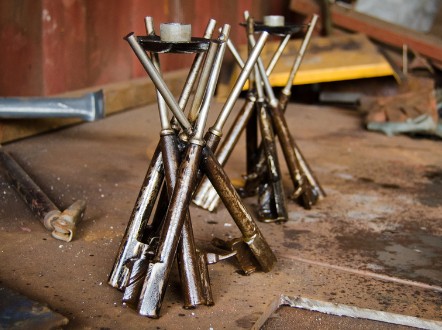 "What was an instrument of suffering can become something beautiful and useful," says Zbrzezny, a German/Italian artistic blacksmith who's been calling Liberia home since the mid-2000s.

"I want to do something serene out of all these things that are violent and nasty," he adds. "I prefer doing my pieces a little bit funny or sweet, instead of doing something macabre or rough."

For materials, Fyrkuna first relied on the decommissioned instruments of warfare gathered during Liberia's disarmament process. 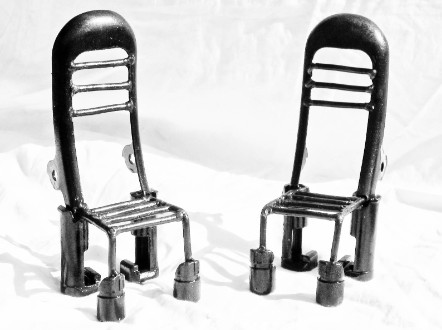 On some occasions, individuals who've come to know their work have also brought in discarded guns they've found for the craftsmen to work with.

Zbrzezny, whose team of Liberian workers includes four staff and two trainees, says he is now looking to expand the project and hopefully export of some of his artwork abroad.

"I am trying to convince the United Nations mission in Liberia to turn over their weapons scrap to me so I could continue this work," he says.

Liberia, the oldest republic in Africa, descended into darkness in 1989, mired in the grip of a brutal civil war that shattered much of its economy and infrastructure.

There's nobody who wasn't affected by the war.
Manfred Zbrzezny, Fyrkuna Metalworks

Although the fighting came to an end in 2003, leaving an estimated 250,000 people dead and thousands more displaced, many in Liberia still bear the deep scars of years of conflict.

"There's nobody who wasn't affected by the war," says Zbrzezny, who first traveled to Liberia before the end of the conflict in 2003.

He describes Fyrkuna's work as a way of helping the nation heal its wounds by transforming the destructive devices of its war-torn past into something positive.

"Looking at Arms into Art the majority of people remains thoughtfully silent," he says. "This moment of silence acts like a flashback, a remembering of the war and ... is also an indicator for me that there is a long psychological work to do on the war issue.

"There is still a lot of digestion on that and I hope somehow I'm part of that."