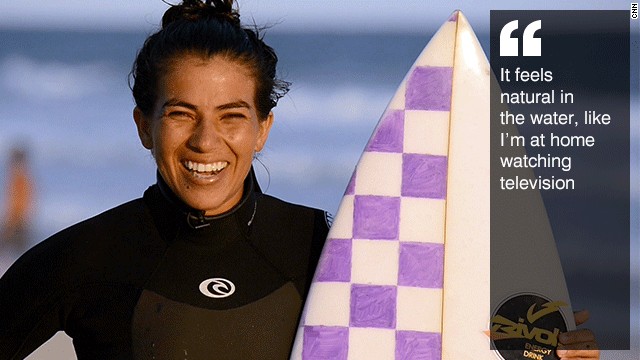 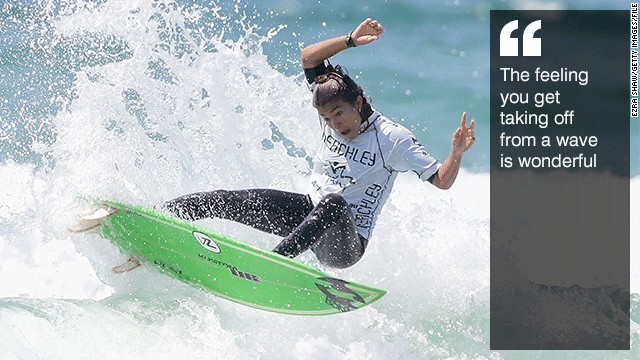 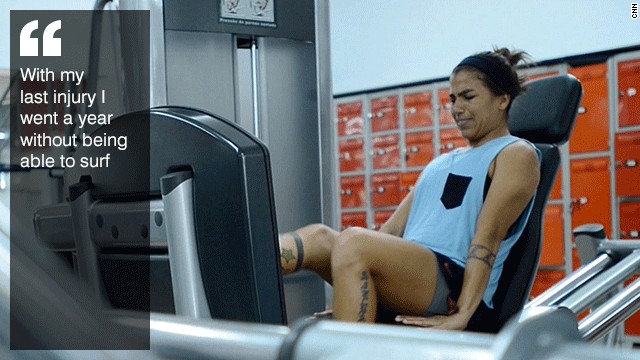 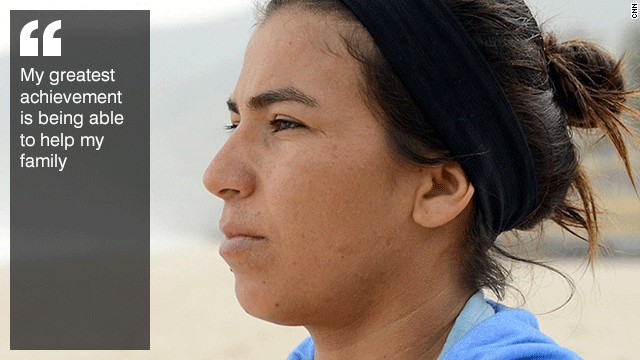 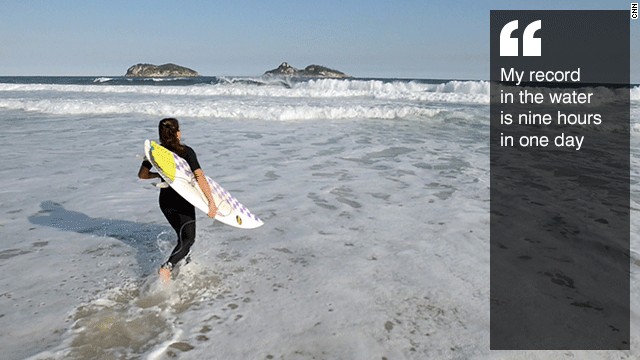 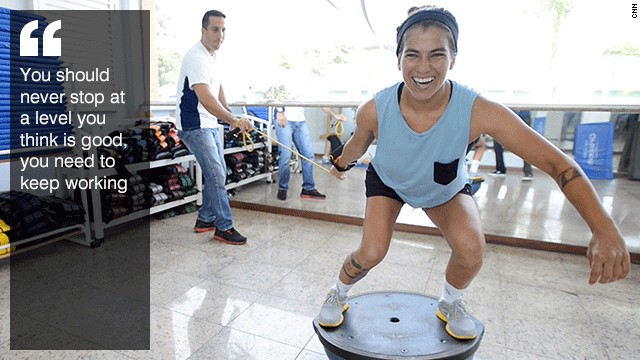 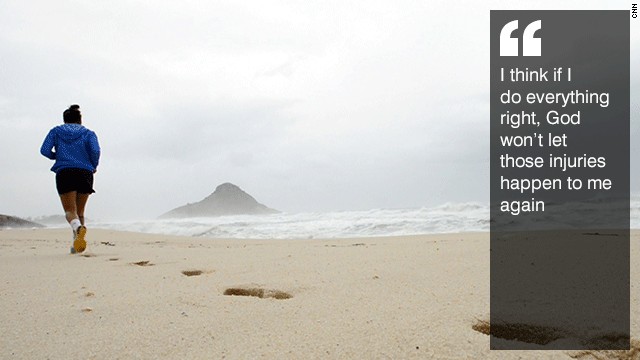 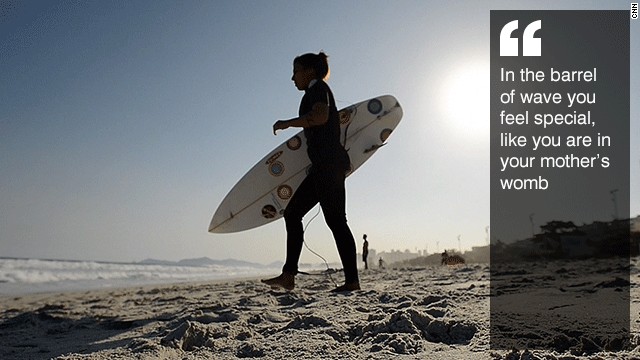 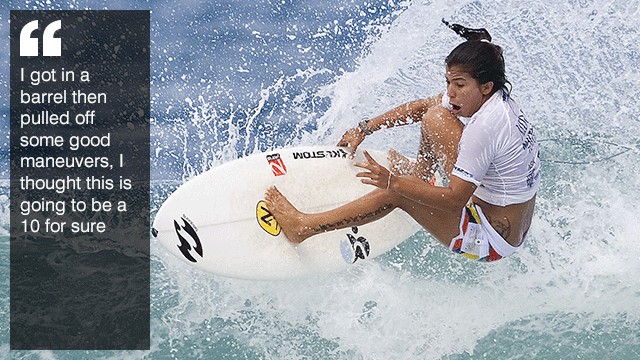 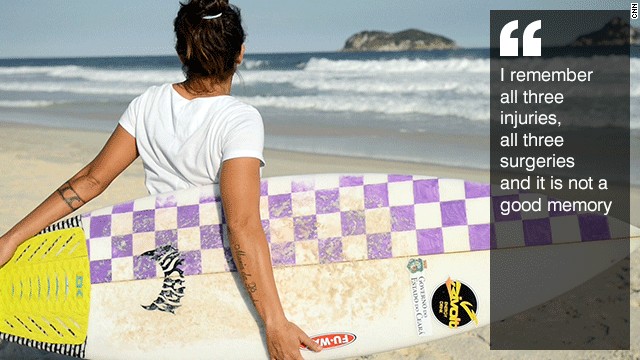 (CNN) -- She's a perfect 10; the surfer that other professionals will drag themselves out of the water to watch.

But it is the satisfaction of being able to help her family that ranks as Silvana Lima's proudest achievement.

The diminutive Brazilian, twice a runner-up on the women's World Tour, is seen as a pioneer in her sport who is still pushing the boundaries at the age of 28.

That talent has taken her round the globe and offered rewards that she has been able to divert back to her family in the north western state of Ceara.

"Surfing has helped me a lot," the sole Brazilian representative of the elite 17 competitors on the women's tour told CNN's Human to Hero series. "My success was the fact that I was able to help out others.

"To have been able to leave my hometown, and being able to help out my family, who didn't have good enough conditions to eat, to study.

"Surfing was amazing; it arrived in the best moment for me. It took me away from my hometown and got me where I am today.

"I already helped my Mom, gave her a house and helped my brother a lot."

Read: Gebrselassie: I will run until I die

After becoming besotted with the sport at the age of five, Lima's path to the elite level was clearly defined ever since she eschewed a possible career in soccer to focus on surfing.

And that decision was vindicated when she became the first woman to ever record a perfect score of 10 for her ride during a competition in Hawaii in 2005.

"It's a wonderful memory," she explains. "It was my first wave and it was Honolulu Bay in Hawaii. I managed to be on the first beautiful, beautiful wave.

"I remember I dropped down -- I still have that image in my mind today -- entering the tube and pumping, pumping, pumping. It was a great maneuver. I knew then that it was going to be a 10."

Lima has since gone on to record two more perfect rides to enhance the reputation she holds for a progressive, all-action style that even her peers find intoxicating.

Full of dynamic set-pieces, Lima spends a healthy portion of her competition performances tucked in the barrel of a wave or using it as a ramp to propel her into the air -- a move known as an aerial.

"It's a very hard maneuver to execute, because you are just taking off from a wave with the board under your feet and you land," Lima said.

"It's very difficult and you have various types of aerials. It's my favorite because it took me a long time to learn that maneuver. The feeling that you get from taking off from a wave and completing that maneuver is wonderful.

"After the aerial, the barrel is the best. You feel like you are in your mother's womb -- it's special.

"In the barrel you are inside the wave and you see that image in front of you, the door of the barrel for you to exit and you feel like, 'Wow, I'm inside the barrel.'

"You stay there just riding it and when you leave you feel like it was the best maneuver you have ever made."

As competition surfing continues to evolve, more and more professionals are taking the aerial route.

But as surfers strive for greater heights by taking on moves of greater complexity, the danger is increased and, in turn, the risk of injury -- a topic Lima knows all about.

She spent the whole of the 2012 season on the sidelines after tearing her anterior cruciate ligament during a competition on the Gold Coast in Australia.

It meant a third bout of similar surgery and an exhaustive rehabilitation process, though she did receive an injury wild card to compete on the 2013 Tour.

"I remember all three moments, all three surgeries and it's not a very good memory," she said. "I feel sad and happy at the same time because I've got through it and that makes me feel good but to remember how it all happened is bad.

"(The most recent injury) was turning around while doing a maneuver and while my body was twisting, my leg remained in the same position, so I basically just twisted my body.

"When you have pain in your knee or anywhere else in your body, you want to get back into the water to do what you have always done, to give 100%.

"I want it to stop there and not have any more surgeries, to feel 100% by doing everything right: gym, physiotherapy, good diet, sleep well, be a complete professional!

"I think if I do everything right, God won't let those things happen to me again."

Though Lima has been part of the fabric of the women's tour for a decade, she is still more than holding her own against much younger competitors and proudly flying the flag for Brazil.

"My biggest dream is to be world champion," Lima said. "It's really important for me to be here among the best surfers in the world -- the only Brazilian. I'm really happy and proud of myself, and want to keep on improving."