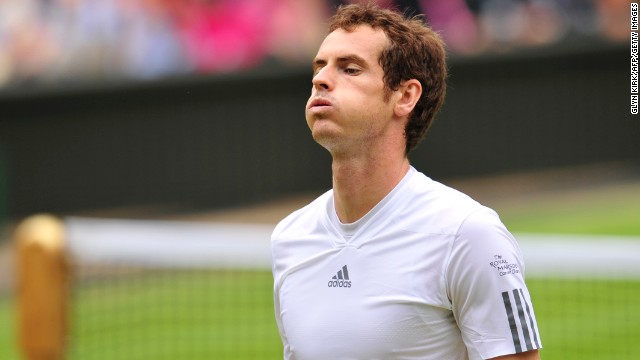 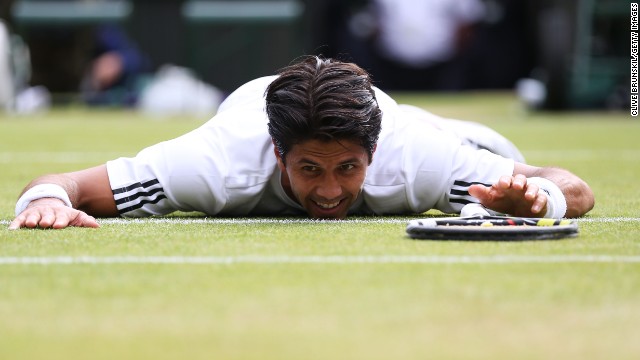 Leading by two sets to love, Verdasco then began to feel the pressure as Murray fought back to take the third 6-1. The home favorite then leveled the match after winning the fourth 6-4. 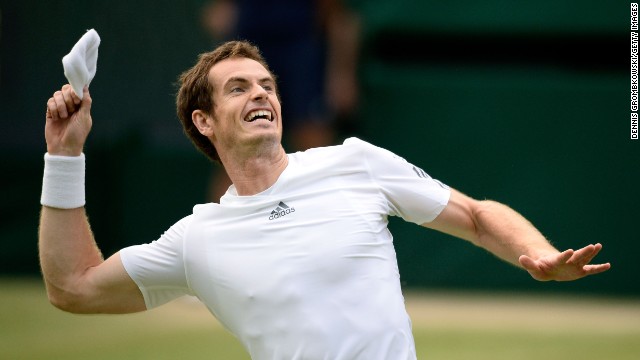 World No.2 Murray capped a remarkable turnaround by taking the decider 7-5. Murray will play Poland's Jerzy Janowicz in the last four -- his fifth Wimbledon semifinal. 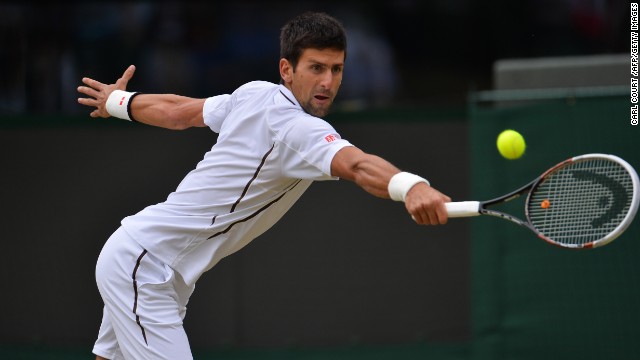 World No.1 Novak Djokovic eased to victory over Tomas Berdych 7-6 6-4 6-3 to set up a semifinal tie with Argentina's Juan Martin del Potro. 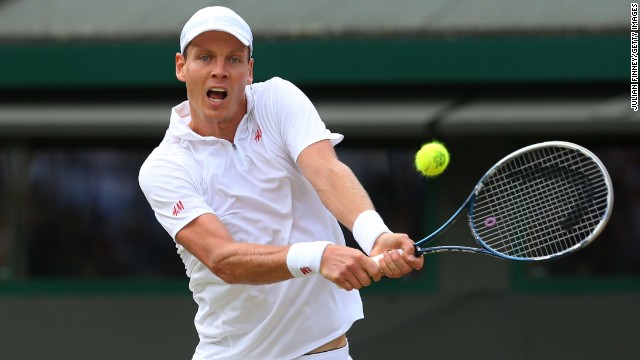 Czech Berdych faded badly after losing the first set on the tiebreak and was unable to prevent Djokovic from claiming victory. Juan Martin Del Potro's bid to reach the semifinal began in the worst possible fashion as he slipped on the Wimbledon surface early on during his last eight clash with David Ferrer. The Argentine required treatment to his left knee but bounced back to win 6-2 6-4 7-6. 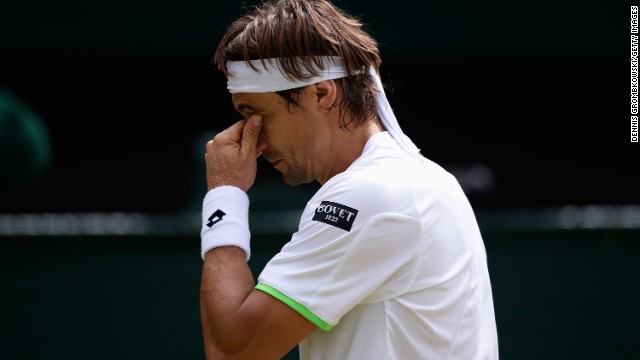 David Ferrer revealed he was suffering with aches and pains going into the clash with Del Potro and lost the first two sets. The world No.4 took his opponent to a tiebreak in the third but was unable to save the match. 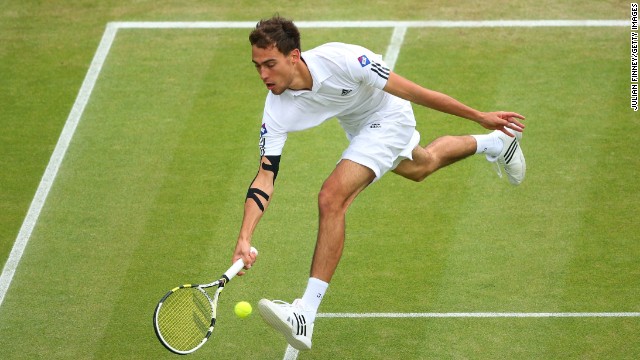 (CNN) -- In a tournament which has produced so many shocks perhaps the only surprise is that it took Andy Murray so long to put his legions of fans through the mill.

As Britain paused, skipped its afternoon tea and instead munched nonchalantly on strawberries and cream, Murray threatened to sour an afternoon which had promised so much.

The stage was set -- gone were the usual suspects. There was no Roger Federer, no Rafael Nadal. This was Murray's moment.

But somebody forgot to tell Fernando Verdasco - the man who had the audacity to threaten the home favorite's apparently seamless stroll to the final.

Two sets down and staring elimination in the face, Murray produced when it mattered.

"There's been a lot of matches where I've been behind and managed to turn it round," Murray told the BBC.

"I don't know if it is the most emotional match, but it was an unbelievable atmosphere and great to get through.

"Fernando served unbelievably well especially when he was behind. In the first set he played some really good stuff, in the second set my level dropped and I started rushing a bit.

"i managed to turn it around. I made some poor choices. He's a very, very good player he's been at the top of the game before and he's playing well again.

"I started to play more solid and really took my time when I had the chance."

Last year, Murray stood on the Centre Court at Wimbledon and captured the hearts of a nation as he cried through a speech just minutes after his final defeat by Federer.

Weeks later, he exorcised that ghost, defeating Federer on the same court to win Olympic gold and give himself the perfect preparation going into the U.S. Open.

Defeat in the final of the Australian Open deprived him of a second slam, while injury prevented him from competing at Roland Garros.

Not since Perry triumphed in 1936 has the home crowd saluted one of its own -- but Verdasco appeared disinterested by such sentiment.

The Spaniard, currently the ninth best player in his own country, had never made it past the fourth round of Wimbledon before this year.

Ranked 54 in the world, the left-hander was supposed to merely turn up and succumb to the inevitable.

But this Wimbledon tournament has refused to conform with normality -- Nadal, Federer, Serena Williams and Maria Sharapova will tell you that.

Instead, it was Verdasco who took the contest to Murray, swinging with his prodigious forehand which left the Briton chasing hopelessly across court.

The 29-year-old took the opening set 6-4 to leave Murray cursing his luck and silence a partisan crowd.

While the vocal support roared Murray back to the baseline, it was Verdasco who was making all the noise.

Once again he left Murray questioning his game as he hit winner after winner to claim the second set 6-3 and leave his opponent teetering on the edge.

But then Verdasco blinked.

From being in control of the contest, Verdasco squandered the initiative and allowed Murray to waltz to the third set 6-1.

Suddenly the impetus was with the home favorite and backed by the majority of the 10,000 crowd and countless others on 'Murray Mound', he roared back into the contest.

Whereas an hour earlier it was Murray looking at the sky, this time it was Verdasco who was left with more questions than answers.

Now it was Murray's turn to dominate, showing that extra level of fitness and rapid cross-court speed as he leveled the match by taking the fourth set 6-4.

Having won 14 of his 20 contests which have gone to five sets, Murray would have been confident of pulling off the great escape.

Verdasco proved a stubborn opponent, holding serve with relative ease to take the match to 5-5 in the decider.

But in the 11th game, Murray finally made the breakthrough, taking a 6-5 lead before serving for the match which he did with aplomb.

Murray will play Poland's Jerzy Janowicz in the last four after the 24th seed saw off fellow Pole Lukasz Kubot.

Janowicz hit 30 aces and 58 winners on the way to becoming his country's first ever male grand slam semifinalist.

"Really I have not many words to say right now," he told the BBC.

"I'm just really happy and it doesn't matter if I'm the first or second from Poland."

Monica Seles is now a novelist

Earlier, six-time grand slam winner Djokovic swatted aside Tomas Berdych 7-6 6-4 6-3 to make it through to the semifinal stage.

The Serb star, who defeated Nadal in the 2011 final, will play Argentina' s Juan Martin del Potro in the last four.

Djokovic, who has now reached 13 consecutive Grand slam semifinals, avenged his 2010 defeat by Berdych -- a contest which propelled the Czech into the final on that occasion.

Read: Flipkens back from the brink

The 26-year-old was 3-0 down in the second set but wrestled back control of the match before seeing off his disheartened opponent.

"It was a close match -- it could have gone either way," Djokovic told reporters.

"He was a double-break up in the second set. I don't know how I got out of that, but I was serving and returning well.

"I have a commitment to go far in this tournament. I am playing some of my best tennis on grass even though it's not my preferred surface,"

World No.6 Berdych revealed his disappointment after his performance tailed off following a promising opening set and a half.

He said: "I can play better than I played today. If you give him too much then it's a lot."

The Argentine hit 42 winners and 12 aces after slipping on the Centre Court surface early on during the last eight clash.

Del Potro, who had not reached the semifinal of a grand slam since winning the U.S. Open four years ago, is the second Argentine to reach the last four following David Nalbandian in 2002.

"I was really close," del Potro told reporters after being asked how close he was from retiring.

"I felt a lot of pain at the beginning of the match. It was exactly the same as before.

"It's really, really painful. I twisted my knee once again, but the doctor gave me some magic pills so I could finish the match. I'm so glad to go through."

Ferrer had problems of his own, revealing he was struggling with an ankle injury.

"I wasn't able to warm-up properly but it was fine during the match," he told reporters.

"I don't think his injury affected him. He was more focused and aggressive, served really well and deserved to win."