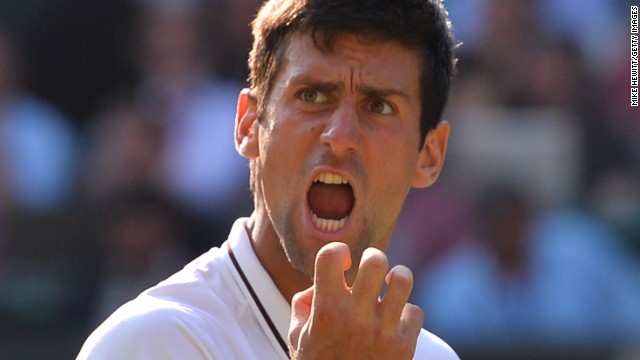 Novak Djokovic had to draw on all his reserves to see off Juan Martin del Potro in a classic semifinal at Wimbledon. 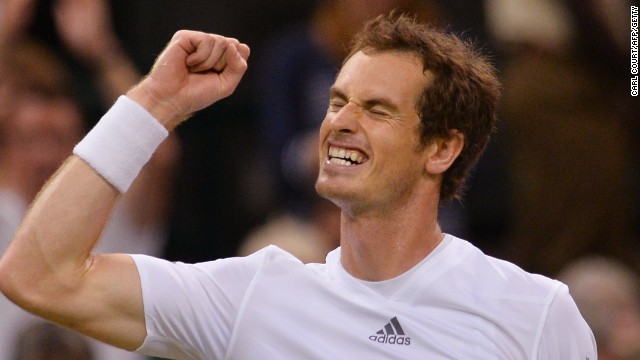 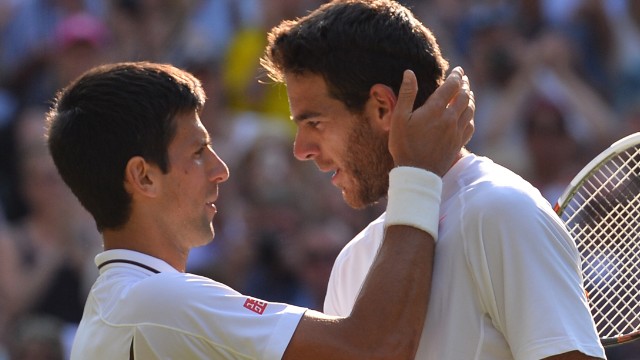 The mutual respect between Djokovic and Del Potro is obvious at the end of their epic clash on Centre Court. 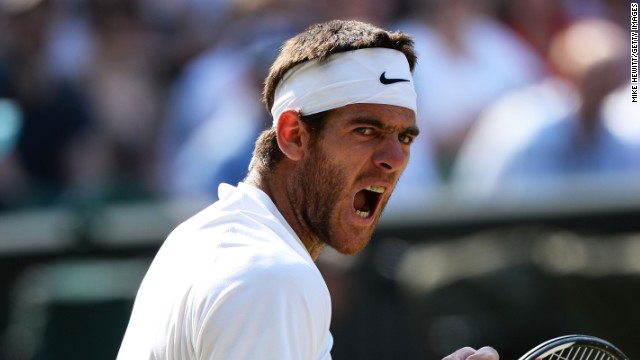 Argentina's Del Potro summoned up incredible reserves of energy during his semifinal against Djokovic. 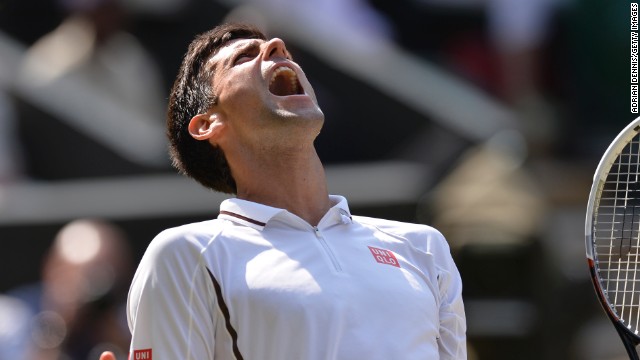 Djokovic had to dig deep during his semifinal classic against Del Potro as he was taken to five titanic sets. 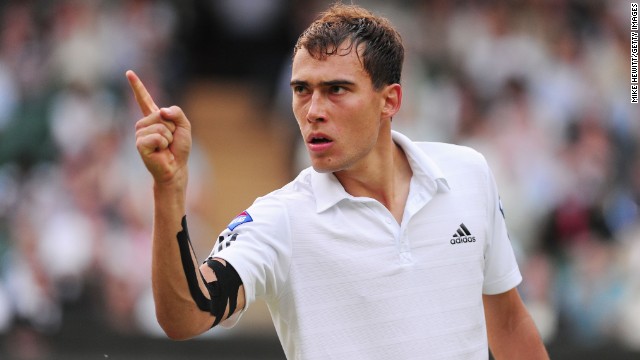 (CNN) -- Novak Djokovic triumphed in one of Wimbledon's classic matches and Andy Murray subdued the challenge of a young upstart Friday to set up a dream final showdown at the grass court grand slam.

Home favorite and second seed Murray won a gripping, but at times controversial, last four clash with Poland's Jerzy Janowicz, 6-7 6-4 6-4 6-3 to join him in the title match.

It will be their fourth clash in a grand slam final, the last won by Djokovic in the Australian Open earlier this year.

The top seed was involved in the match of the tournament, marked by breathtaking and grueling rallies, none more so than when Djokovic had the first of his chances to win as he led 6-4 in the fourth set tiebreak, holding two match points.

An incredible 24-shot exchange ended with Djokovic hitting long and former U.S. Open champion del Potro took advantage to win the next three points, including the second match point, to force the decider.

The pace was unrelenting and Del Potro finally cracked in the eighth game, conceding his service to leave 2011 champion Djokovic to serve for his place in the final.

Del Potro was still not finished and forced a break point, but Djokovic was not to be denied and closed out victory on his third match point with a backhand winner.

"It was one of the best matches I have been part of, one of the most exciting, it was so close," he told BBC Sport.

"That's why he's a grand slam champion, he came up with some unbelievable shots

"I'm very proud to go through. When I lost the fourth set of course it was disappointing because I was close to winning and didn't capitalize.

"He came up with some big forehands. It was a very high level of tennis," he added.

How Novak Djokovic stays on top

Del Potro, apparently nursing an injury, had beaten Djokovic in the 2012 London Olympics bronze medal match on Wimbledon grass, and sensed another upset.

After Djokovic took the first set on a single break of service in the 12th game, eighth seed del Potro hit back to level by claiming his opponent's service for the first time.

The third set was again played at a high intensity and Djokovic had three points to take it as he led 6-5, but again del Potro responded to force a tiebreak.

Djokovic moved ahead again by dominating it for the loss of just two points and when he broke to lead 4-3 in the fourth it looked all over.

Read: Friend's trauma reveals the hidden side of Murray

But that was to underestimate del Potro and in the next game he bravely leveled before his tiebreak heroics which will be long remembered.

All the time Murray and his 24th seeded opponent Janowicz were waiting and by the time they emerged on Centre Court it was early evening.

The 22-year-old Janowicz signaled he was not going to roll over with confident play in the first set and when it went to the tiebreak he took control to win it 7-2.

Murray gained the early break in the second set and eventually leveled at one set apiece.

But with Janowicz again powering ahead to 4-1 in the third set, the alarm bells were ringing for the Scot.

But showing great character and finally inspiring the crowd into raucous mood, he blasted through the next five games to take the set.

With light fading and following continuous complaints from Janowicz, referee Andrew Jarrett ordered the roof to be closed, meaning a delay of 20 minutes.

Murray, with the momentum behind him, was outraged and loudly complained to the officials -- "That's not fair," he said.

He later revealed that Janowicz, who has soared up the rankings since reaching last year's Paris Masters final, had spent the delay making a mobile phone call.

"He seemed very relaxed. That's the sort of player he is, that's why he is very loose on the court," was Murray's verdict.

When they emerged for the second time, Murray almost immediately broke Janowicz's service and saw it through to the finish, winning with a whipped forehand to reach his second straight Wimbledon final.