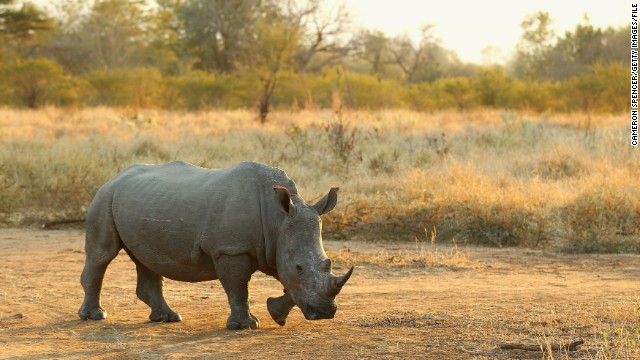 Rhinos have been under attack in recent years by rampant poaching. Highly equipped criminal syndicates target their horns, which are highly coveted in southeast Asia for their supposed healing powers. 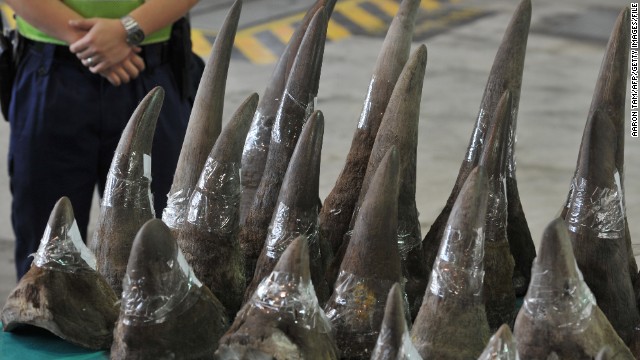 Poaching rates have soared recently in South Africa, home to about 75% of the world's rhinos. Rhino horns are being sold for a top dollar in parts of southeast Asia, where they are believed to cure all kinds of conditions. 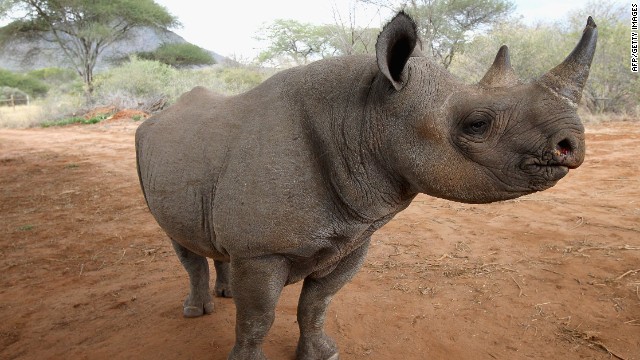 To deal with the crisis, South Africa requested permission to launch a once-off legal sale of its stockpiled rhino horn in the hope of quelling poaching. 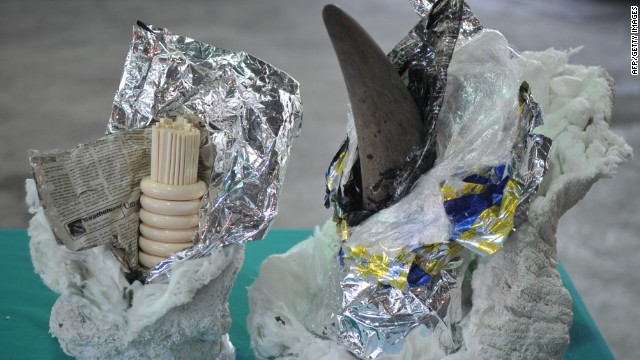 (CNN) -- D-Day for rhinos is 2026, according to South African officials -- the year the majestic mammals will near extinction if current poaching rates continue.

"It's not that far away, it's around the corner," cautions Edna Molewa, minister of water and environmental affairs in South Africa, the country where about 75% of the world's rhinos are found. "It's scary -- I don't want us to get to that point," she adds. "We don't really want to be caught napping."

Decimated by illegal poaching, the endangered rhino has increasingly come under attack in recent years. In South Africa alone, some 480 rhinos have been killed since January, while last year there were 668 slaughters, a nearly 50% jump compared to 2011.

The alarming surge in rhino killings has been fueled by unsubstantiated beliefs in southeast Asia that their horns can treat all kinds of conditions, from hangovers to cancers. Buyers in countries such as Vietnam and China are willing to pay big sums for traditional cures and this has helped create a lucrative poaching market, which is often run by sophisticated criminal syndicates.

Can the rhino be saved?

Fight to save African rhinos

No time to waste

But now the South African government wants to cripple that black market by launching a legal once-off sale of part of its billion-dollar stockpile of rhino horns. It plans to put forward a proposal at the next Conference of Parties of the Convention on International Trade in Endangered Species, in 2016, requesting the removal of a decades-old ban on rhino horn trade.

"We think that this is probably one of the measures that can actually help us alleviate this problem," Molewa told CNN.

Read this: Drone to spy on rhino poachers

With South Africa sitting on a stockpile of more than 16,400 kilograms of rhino horn, proponents of the auction argue that the move could have an immediate impact on the fight against rampant poaching.

The government's thinking is that it can flood the market by selling stockpiled horn and regulating trade. The move, advocates say, would send the current sky-high prices tumbling, thus remove the incentives for poaching, and ultimately help prevent further mass killings of the species. 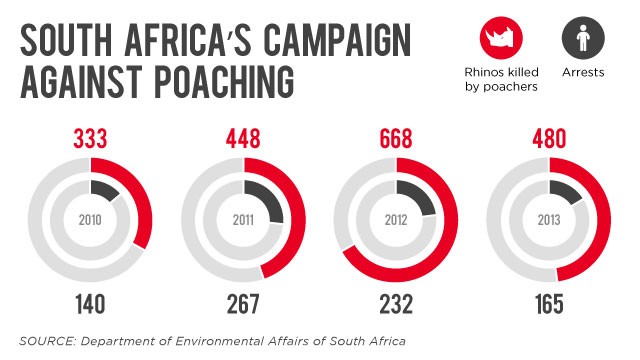 "The reality is that there are people who believe ... that this thing (rhino horn) has something for them," says Molewa, stressing that there is an urgent need to act before it's too late.

"We have to convince them otherwise but (this) ... will not just be an easy thing," she adds. "It will not take us a year, two years, 15 years; so by the time we are still doing this convincing and mobilization and actual awareness and education ... our rhino population will have been decimated."

The illicit trade will not go away as long as demand exists.
Jason Bell, IFAW

But critics say a once-off sale could end up fueling the trade even more by allowing buyers to believe that horn is a legalized commodity that it's OK to acquire.

Jason Bell, regional director Southern Africa of the International Fund for Animal Welfare, describes South Africa's proposals as an "extremely naive" experiment. He says that it's not sensible to talk about flooding the market with horns when no one knows the extent of the potential demand.

"Firstly, we don't understand the market at all," he says. "No one has any idea of how much horn the Chinese market could absorb and, in fact, most would argue that you couldn't ever flood the market -- that based on very simple math and a very basic understanding of demand."

"Without even a reasonable understanding of demand we are walking a very dangerous line, and a spurious one at that," Bell adds. "The illicit trade will not go away as long as demand exists and putting horn into an unknown, but seemingly infinite market, will do nothing but stimulate demand and thus continued poaching and illicit trade."

Opponents also argue that authorities won't be able to regulate such a trade. The way to deal with the crisis, they say, is by stifling demand and dispelling the notions of rhino horns' supposed healing powers.

"Consumer countries need to address demand," says Bell. "That is the bottom line. This is being confused by proposals to trade."

Molewa acknowledges the risks of the move but says non action would have negative repercussions both for South Africa and the world.

"We all have to go into that battle together in convincing people that this (rhino horn) doesn't really work as they think, but will that happen before 2026? That's a question I doubt.

"We can't sit back as we're seeing the heritage of our country actually being poached," adds Molewa. "We can't let the security of the country be undermined."