Have a taste of the world's first stem cell burger 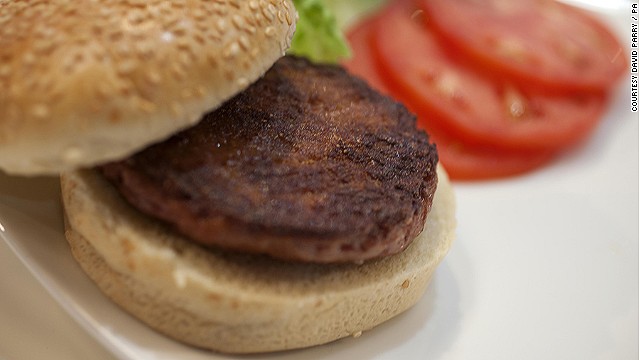 The world's first test-tube burger, grown in a laboratory from a cow's stem cells, was served and eaten in London today. Scientists believe artificial meat could be sold in supermarkets within five to 10 years 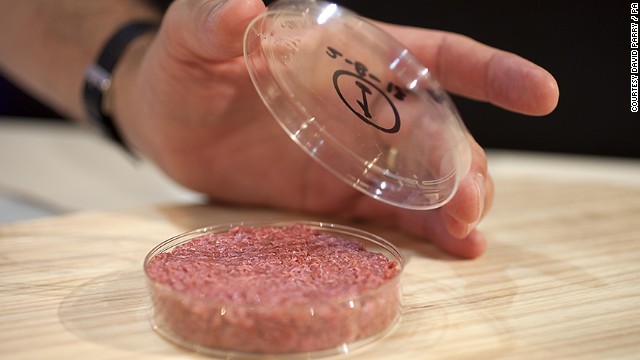 The burger, which cost more than $380,000 to develop, is made from 20,000 strips of cultured meat mixed together with lab-grown animal fat. 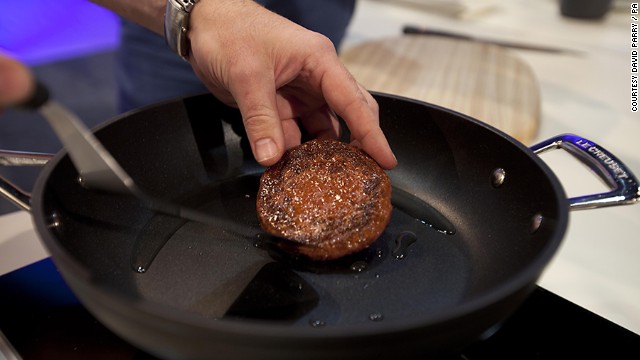 Dubbed the "Frankenburger", it was mixed with breadcrumbs and egg powder to emulate the normal flavor of a burger. To give it a beefy color, red beet juice and saffron were added. 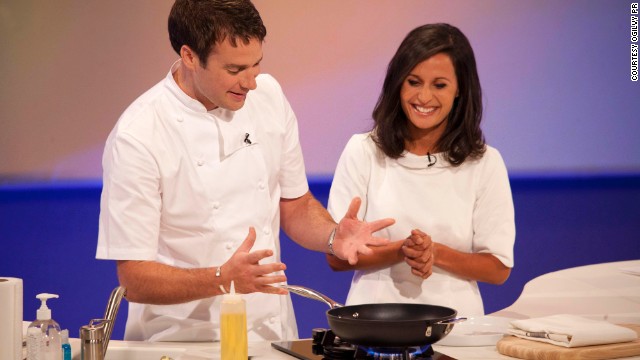 Chef Richard McGeown fried the stem cell burger with sunflower oil and butter and remarked that it looked slightly paler than a traditional burger. 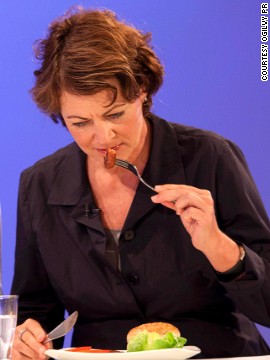 Volunteers who tasted the lab-grown burger for the first time today said that it closely resembled the texture of a traditional hamburger but lacked the "juiciness" and fat that they were used to. 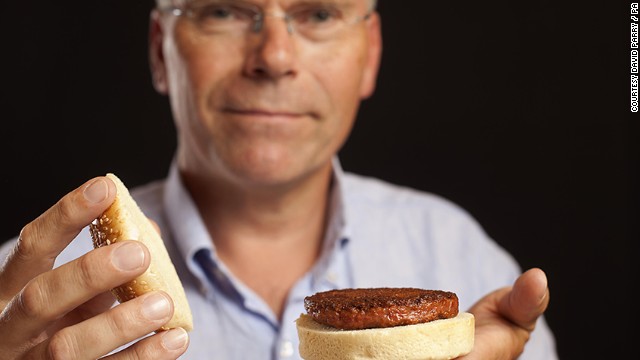 The scientist behind the "Cultured Beef" project, Mark Post, hopes that laboratory-grown meat could provide a solution to increasing global demand for meat and protein. According to the World Health Organization (WHO), demand for meat is going to double during the next 40 years and current production methods are not sustainable. 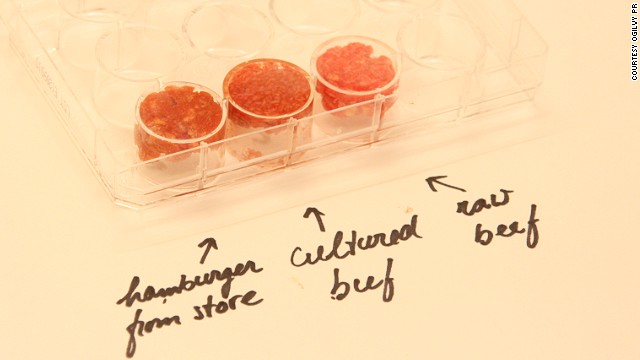 Post, from the University of Maastricht in the Netherlands, spent two years researching the initiative. "There's no doubt it would be revolutionary in the way we produce staple food," he said. 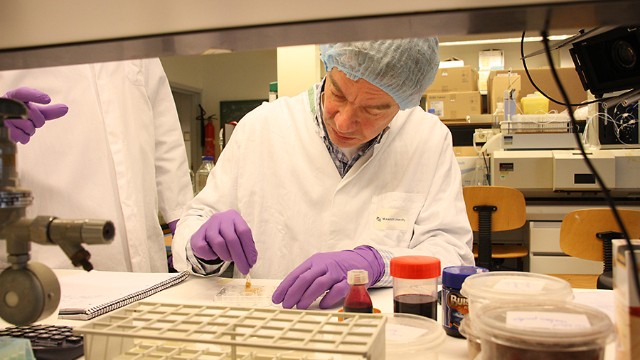 It takes eight to nine weeks to produce just one stem cell burger. "It will always take this long for cells to multiply, but we could produce a million burgers in this time," Post said. 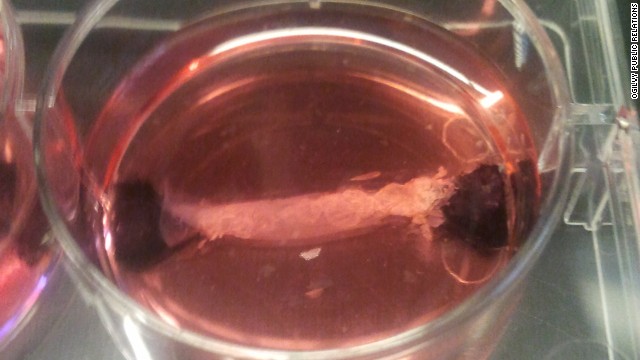 The brainchild of Maastricht University's Mark Post, the burger was made of 20,000 small strands of meat grown from a cow's muscle cells and took three months to create.

Breadcrumbs and some egg powder were added to the cultured beef to make it taste like a normal beef burger. To give it a beefy color, red beet juice and saffron were added. Chef Richard McGeown fried the stem cell burger with sunflower oil and butter and remarked that it looked slightly paler than a traditional burger.

Two volunteers got to taste the five ounce (142g) burger, which was presented on a plate with a bun, salad and some tomato slices.

After having the first bite and chewing thoughtfully many times, Hanni Rutzler, an Austrian food trends researcher, said: "I expected the texture to be more soft -- it's not that juicy. It's close to meat but it misses salt and pepper."

The second volunteer to taste it agreed that the burger was missing something. Josh Schonwald, a Chicago-based author who writes about the future of food, said: "It has a familiar mouth-feel to real meat. The flavor is different though. It misses fat."

Post presented the burger at the Riverside Studios in Hammersmith, London, in front of more than 200 journalists and guests. "Today's presentation is only a proof of concept that it's not science fiction," he said. "However, there is still an efficiency issue and it remains expensive to develop."

Post spent four years researching and developing the cultured beef burger. He said he tasted it a couple of times during his research. "I'd be perfectly comfortable with letting my kids eat it." His kids might have to wait a while to get a bite of his burger. The cultured beef burger cost around $330,000 to develop, mostly funded through an anonymous donation.

"I think most people don't realize that the current meat production is at its maximum. We need to come up with an alternative," Post emphasized. Meat consumption is expected to rise nearly 73% by 2050, according to the Food and Agriculture Organization of the United Nations. Post hopes that his research into laboratory-made food could solve the looming food crisis. He says cultured beef does not burden the environment and will put an end to animal cruelty.

The developers hope that cultured beef could end up on supermarket shelves within the next 10 to 20 years. The next step for Post and his team will be to work on how to get fat into the burger. Another challenge.