This ski and surf combo could save your life 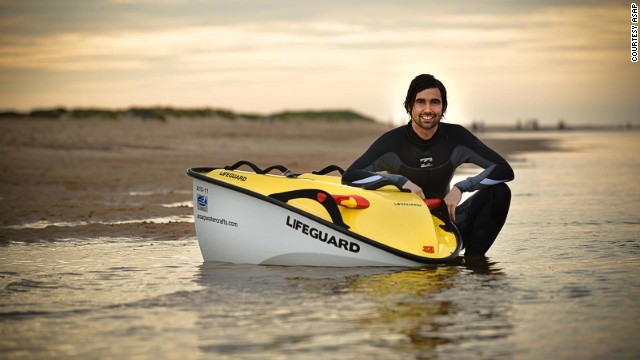 Is it a Jet Ski? Is it a surfboard? No, it's a one-man watercraft powered solely by the sun. 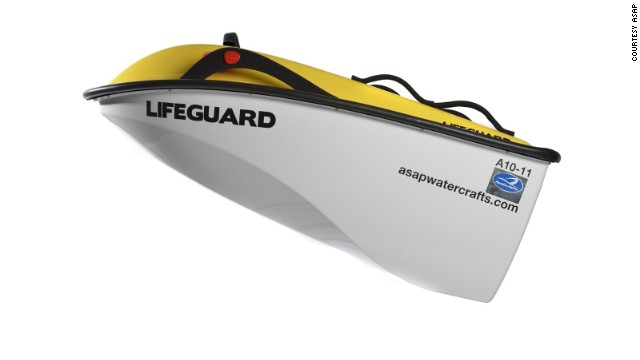 The brainchild of British designer Ross Kemp, ASAP was created as a greener and cheaper alternative to existing lifeguard rescue vehicles. 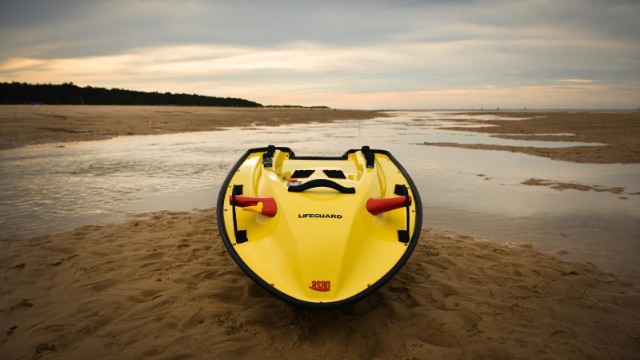 ASAP's features include a sloping center platform to slide an injured swimmer onto and a catamaran-style hull to avoid slapping. A lighting system is under development so eventually ASAP will glow. 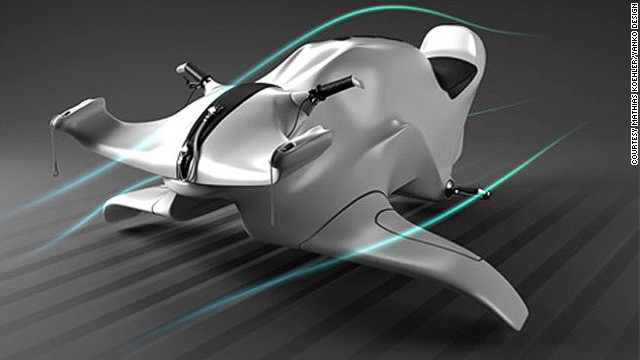 Also in the running for the greenest ski machine around is the wind-powered Nereus concept by Mathias Koehler. Pivoting fins at the base allow you to steer it underwater too. 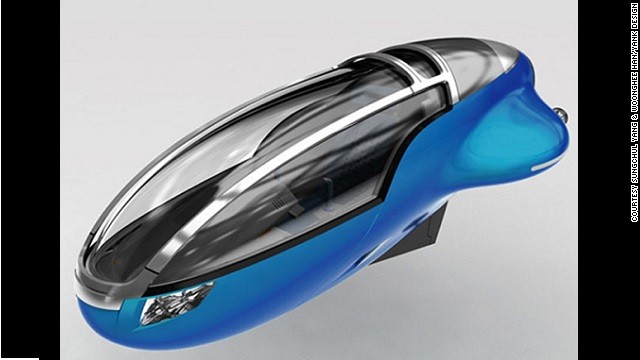 Could we be looking at a future of underwater highways? AQUA the personal submersible is an underwater car -- a one-man vessel for exploring the ocean. 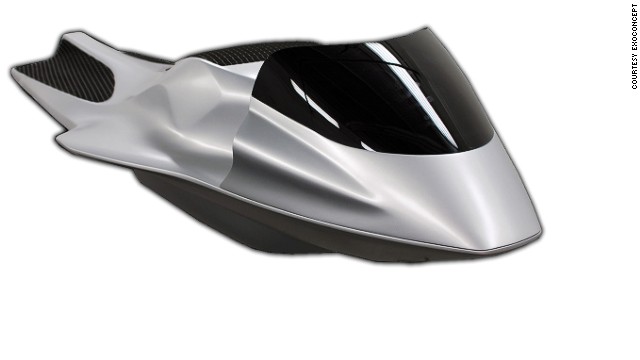 This futuristic ski machine is made out of carbon fiber and is also a friend of the environment -- it's powered by an electric water-jet propulsion system with a rechargeable battery. 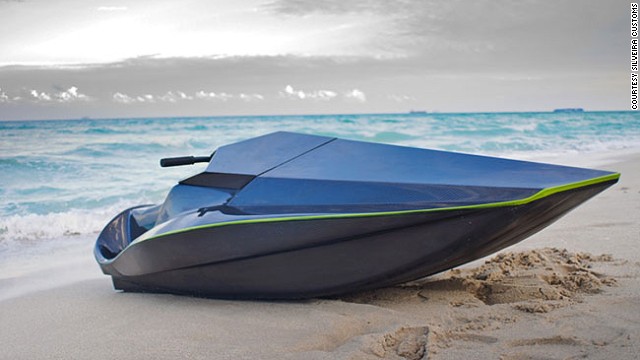 Yes, it's another zero-emission skier! Green Samba is a lightweight vessel that will nip around the sea in near silence. 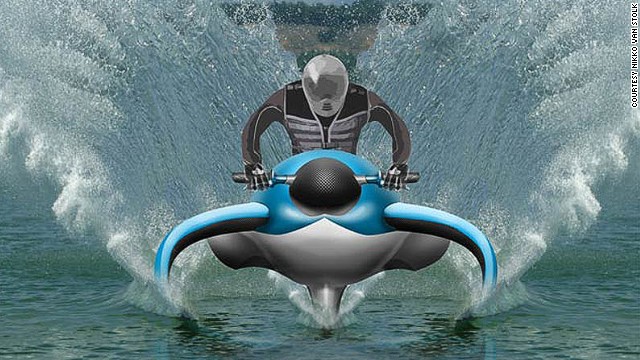 This watercraft concept glides above the water's surface with two hydrofoils that act as wings, which allows it to go much faster than a traditional skiers. 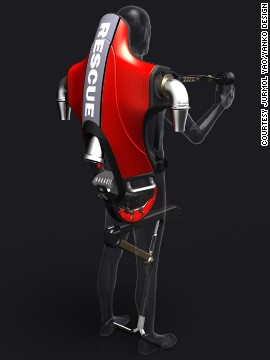 The Jetlev Rescue Jet Pack is a rescue aid befit for a Hollywood film. High pressure water columns thrust the wearer into the air so you can fly over the water and reach areas inaccessible by lifeboat. 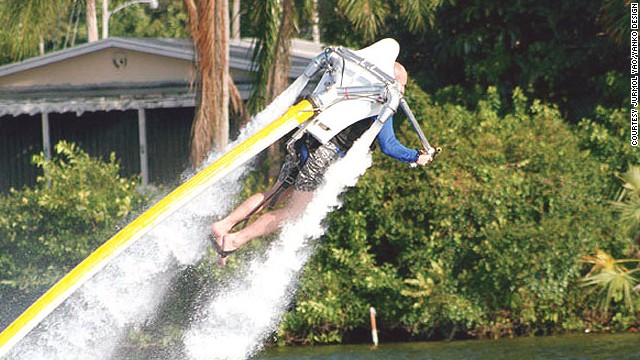 Elevated by high-pressure water generated by a pump, the user steers with foot controls allowing the arms to be free on a rescue mission. 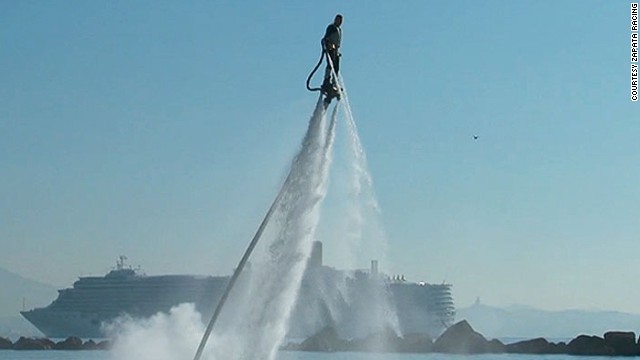 A similar concept but for leisure, Flyboarding allows you to soar through the skies like you're Iron Man. The device channels the water through a long hose that in turn connects to a pair of jet boots.
HIDE CAPTION
Is this the future of water travel?
ASAP rescue craft
Designed to save lives
Wind-powered jet ski
One-man submarine
ExoConcept
Green Samba jet ski
Dolphin Hydrofoil
Rescue jet pack
Flying to the rescue
Flyboarding
<<
<

Editor's note: Blueprint is a new series exploring the intersection between high-concept design and practical technology.

Thanks to British designer Ross Kemp, the world has been graced with a solar-powered watercraft that costs just a third of the price of your average powered water craft.

Called ASAP, Kemp's creation is part ski, part surfboard and part catamaran. Powered by the sun, it's both free to run and fully sustainable.

Read more: the smart streetlamp that will save energy

ASAP stands for "As Soon As Possible," reflecting the vessel's intended function as a rescue craft. Kemp dreamed up the idea while on a lifeguard training course, where he spotted a gap in the market for a more effective and more affordable water rescue vehicle.

"While doing my training, I found it incredibly hard to tow a body in the water and started looking at rescue equipment. I saw an opportunity to design something from scratch," says Kemp.

"A lot of rescue aids are simply re-purposed leisure equipment, for example a paddle board is just a surf board, and a Jet Ski is just adapted for rescue purposes, so rescuers adapt the way they rescue people to the equipment rather than the equipment for them."

ASAP, however, has been designed with rescue missions in mind. Kemp spent months studying on-duty lifeguards to get an idea of how his concept could better assist the process.

In his final year as a design student at Loughborough University he developed the first ASAP prototype in a tent in his back garden.

So what makes it any good?

Whereas traditional skiers can be cumbersome to get going, ASAP is lightweight and can be jumped on and launched immediately by one person. It has a sloping center platform to slide the injured onto quickly, getting them buoyant as soon as possible and its V-shaped catamaran hull means it cuts through waves to avoid slapping, making it much safer for towing a casualty.

Kemp's creation is timely. According to the World Health Organization (WHO) drowning is the third leading cause of accidental death around the world, yet with rising fuel prices petrol skiers are becoming an increasingly unfeasible option for local and charity run rescue stations.

At the moment ASAP can travel up to 15mph, but it's still under development: "It's not going to have the super power of a Jet Ski but it will certainly take the lifeguard to the casualty much quicker than swimming. We're working on making the propulsion much stronger," says Kemp.

CNN Blueprint set Kemp up with industrial design kingpin and mentor Ross Lovegrove, who loved the product but suggested he insert solar-powered lights so that ASAP glows as it goes.

Although only at its second prototype, ASAP has already won an award for Best Startup Business in the UK Lloyds TSB Enterprise Awards and Kemp is thinking about how to expand: "I'd love to be able to offer solar charging stations to local councils so they can charge their watercrafts whenever they need to."

And the good news is that soon he hopes to introduce his solar-powered watercraft to the leisure market, which means we won't need to undergo any grueling training or save any lives to give it a whirl.