Part of complete coverage on
The City
SHARE THIS

Can Rotterdam become the world's most sustainable port city?

"The City" is a special series that airs on CNN International which profiles the sustainable urban future of five cities. We take a look at how five mayors around the world are building smarter, more liveable cities for the 21st century.

(CNN) -- Rotterdam is home to Europe's largest international port. But as countless vessels pass through the bustling shipping hub each day, the environmental toll is far from light.

In fact, Rotterdam emits a whopping 29.8 tonnes of carbon per capita, one of the highest in the world. In comparison, the Dutch city beats London's carbon emissions at 9.6 tonnes per capita and Shanghai at 11.7 tonnes per capita.

To put that into perspective, the global average is about 4.6 tonnes per capita.

Now Mayor Ahmed Aboutaleb has plans to make Rotterdam the most sustainable port city in the world by cutting its carbon footprint by 50 percent.

With a greener future ahead, CNN takes a look at five sustainable initiatives planned for the Dutch port city. 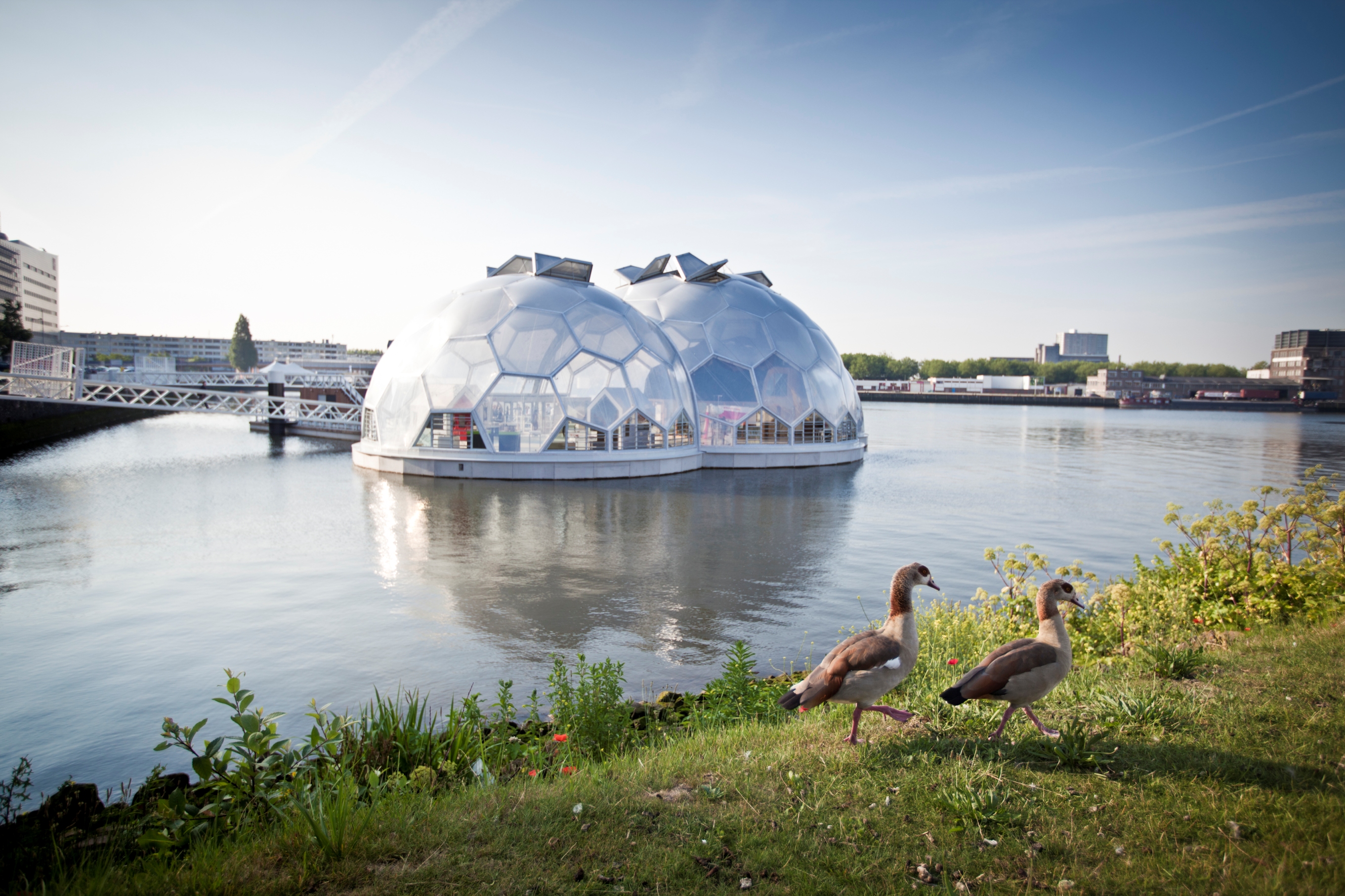 To cope with rising sea levels, Rotterdam plans to build floating urban districts calling for 13,000 climate-proof floating homes in by 2040 -- of which around 1,200 would be built on top of the water.

To showcase how this might work, the Rotterdam Climate Initiative commissioned the "Floating Pavilion". Constructed by Dura Vermeer, the three transparent interconnected domes are perfectly positioned in the Rotterdam City Harbor, Rijnhaven.

Not only is the structure almost entirely self sufficient due to the solar powered heating and air conditioning, it's also built with a special plastic material, which is 100 times lighter than glass. 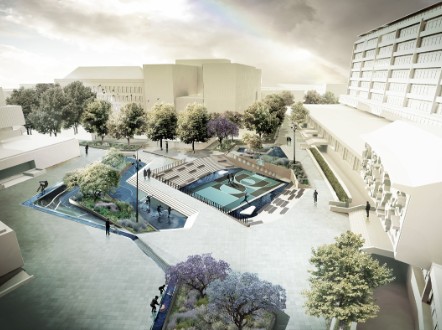 Rotterdam's waterways may be responsible for a bulk of the city's prosperity -- but that's not to say that the day to day living below sea level is easy for its residents.

To combat the heavy rainfall, urban design and planning company De Urbanisten came up with the concept of constructing water plazas that serve as the perfect solution to holding excess water and take the pressure off the sewerage system.

When the city's water system has enough capacity, the rainwater in the plaza can be diverted to the nearest open water.

What's more is the water plazas can also be used as a playground when dry.

Read more: One thing you'd change in your city 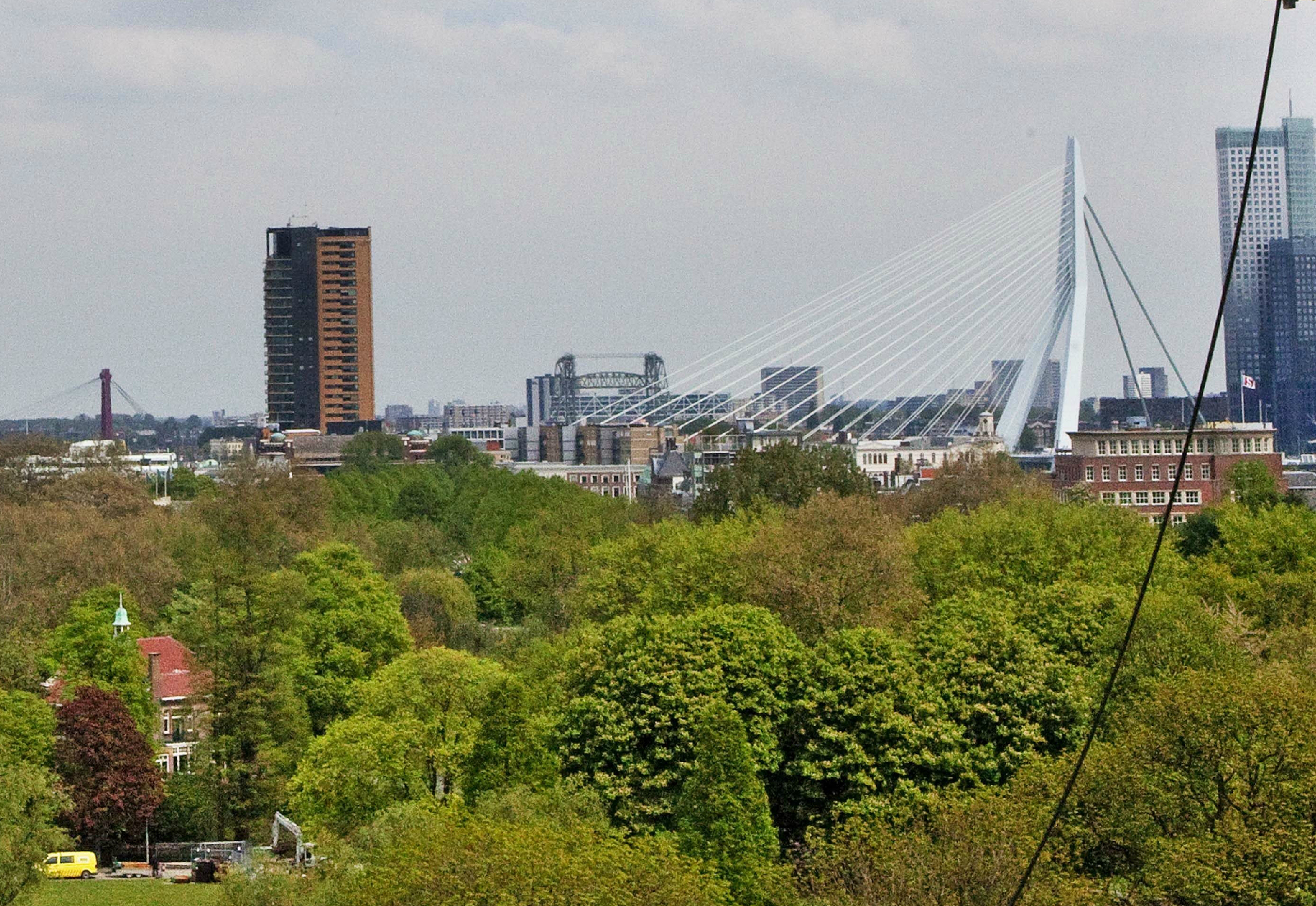 Nothing paints a more sustainable urban picture than green rooftops. While Rotterdam already has some 100,000 square meters of sprawling green across its skyline, the city expects to cover 160,000 square meters by the end of 2014.

To spur the green rooftop movement, Rotterdam kicked off a scheme to help residents fund the installments.

Not only do green patches provide a buffer to help absorb excess rainwater, but they also clear the atmosphere and slow down roof erosion, according to Rotterdam Climate Initiative.

So far, you can find the greenery on top of a slew of the city's buildings including the Municipal Archives, the Central Library, the head office of Unilever Nederland, the Maasstad Hospital, the Sophia Children's Hospital and the museum Villa Zebra.

Rotterdam's Port Authority says it wants to become the most sustainable port city in the world by 2015 and it has also committed to cutting its carbon emissions by half of 1990s levels by 2025.

One way it hopes to reach this goal is by allocating 80 hectars of land around the port to biobased companies.

While Rotterdam has more than 45 chemical companies, five oil refineries and several power plants, the port also houses 10 production companies that use renewable energy as their raw material.

Dutch scientists have also examined how to better capture and store CO2 emissions by developing a new ship coating that will lower algae growth.

Another proposition in the works is to examine the usage of new collapsible containers that could save space and in turn cut trips. 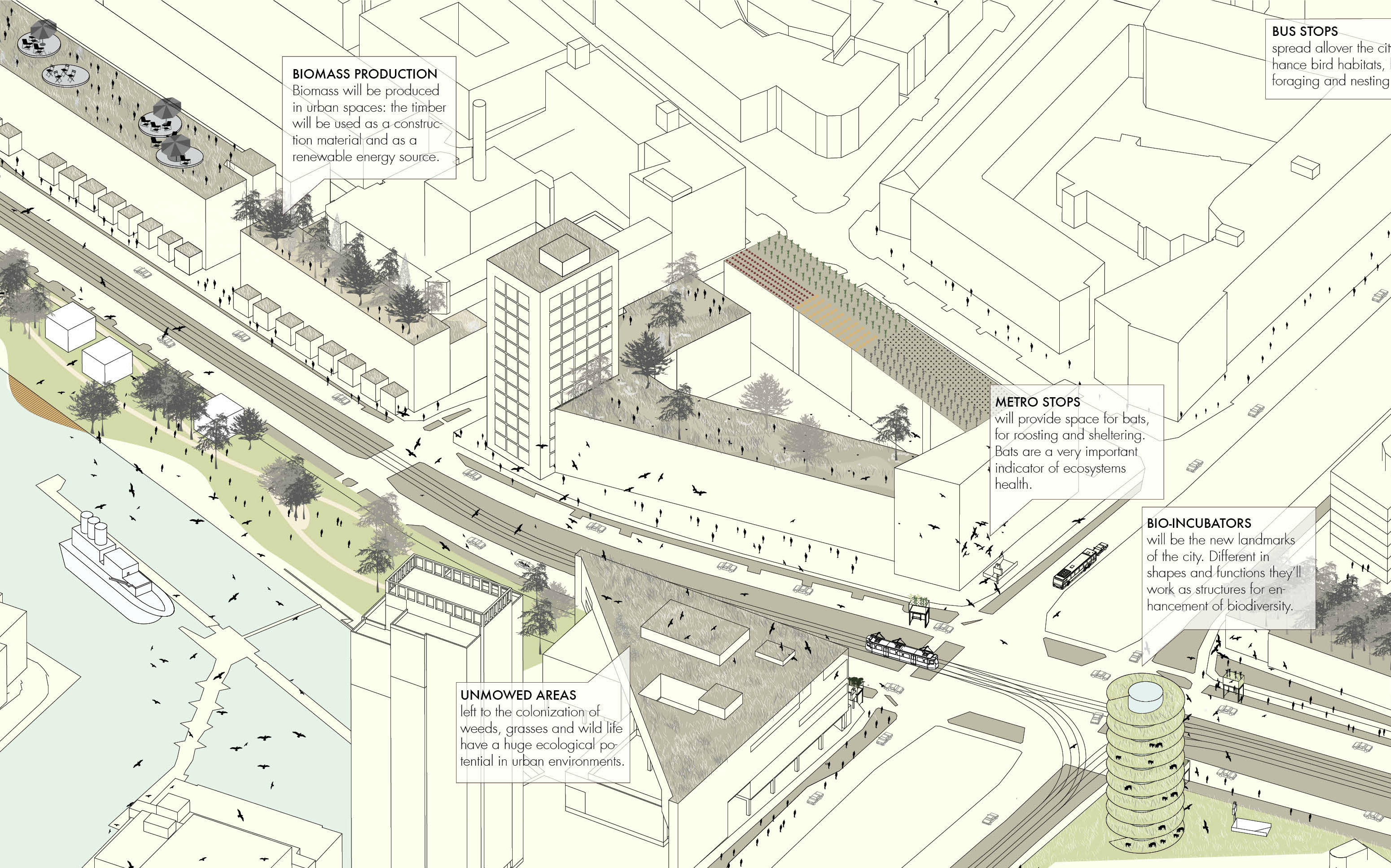 The concept "Diverse Networks" is still a proposal.
OPENFABRIC

A sustainable city is one that looks after not only its human population, but also its wildlife, plants and insects.

That's why Rotterdam's landscape architecture firm Openfabric has proposed a way to utilize the city's public transport network to "make them suitable for both humans and the biodiversity". Dubbed "Diverse Networks", the initiative would allow them to link up some of the hotspots for the city's wildlife.

Rotterdam's public transportation could be transformed into green corridors that could bring butterflies, dragonflies, crickets and grasshoppers into the city center.

If implemented, bus stops and metro stations could provide shelter for the people and foraging for the birds and insects.

As part of CNN's "The City," mayors from Johannesburg to Seoul reveal one bold change they're making in their city.
Seoul's green revolution
updated 7:11 AM EDT, Thu August 29, 2013

CNN talks with Seoul Mayor Won-soon Park about his vision for the South Korean city's future.
Behind the scenes of CNN's 'The City'
updated 12:31 PM EDT, Tue August 27, 2013

Rotterdam is home to Europe's largest international port. Now the Mayor is aiming to make it the world's most sustainable port city in the world.
How cities fight climate change
updated 9:28 AM EDT, Wed August 21, 2013

New York City Mayor Michael Bloomberg on how C40 is helping cities take action against climate change.
What you'd change in your city

What would you change about your city? CNN invited you to send in your one sustainable wish. Check out the crowdsourced responses.
'Get outta ze cab!'
updated 10:06 AM EDT, Wed August 21, 2013

Who hasn't left a strange airport wondering not just whether you should be in this taxi but whether it even is one -- only to be charmed or edified by the person behind the wheel.
Johannesburg mayor's vision
updated 5:26 AM EDT, Tue August 20, 2013

CNN talks with Johannesburg Mayor Parks Tau about his vision for the South African city's future.
How would you make your city better?
updated 9:32 AM EDT, Tue August 20, 2013

With more than half of the world's population expected to live in a city by 2050, there's never been a better time for urban dwellers to shape a sustainable urban future.
Rotterdam: most sustainable port city?
updated 7:53 AM EDT, Tue August 20, 2013

Rooftop gardens to floating homes, CNN looks at how Rotterdam plans to become the world's most sustainable port city.