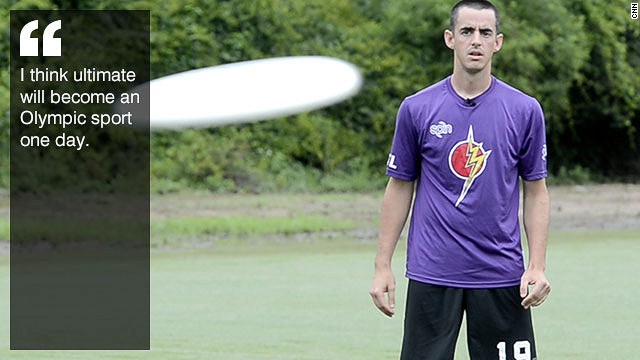 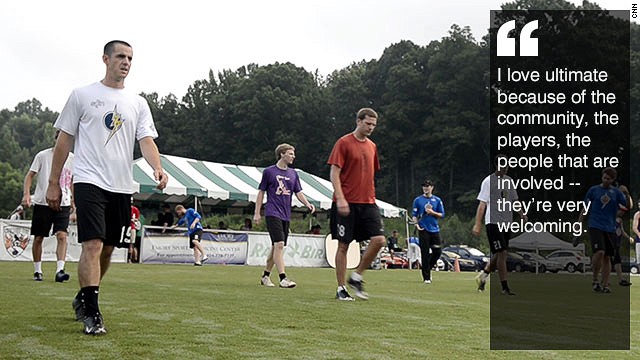 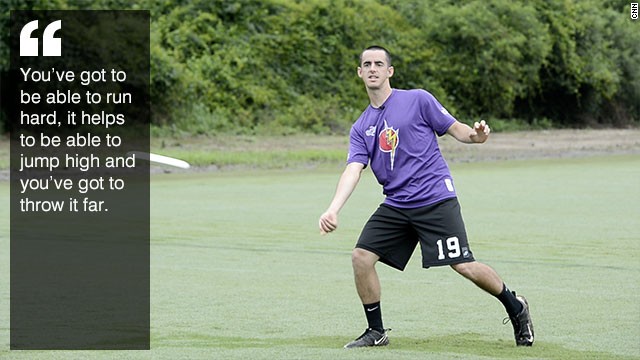 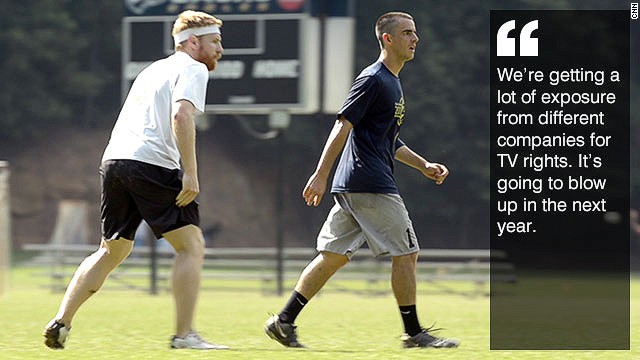 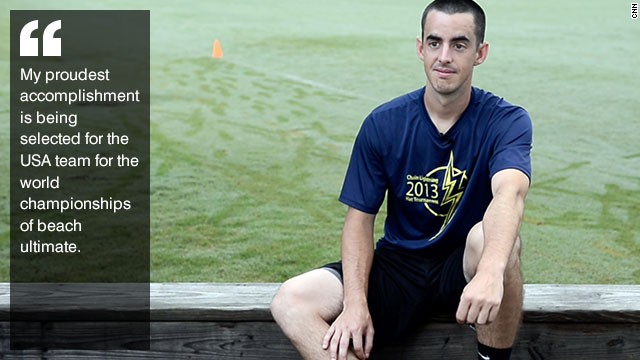 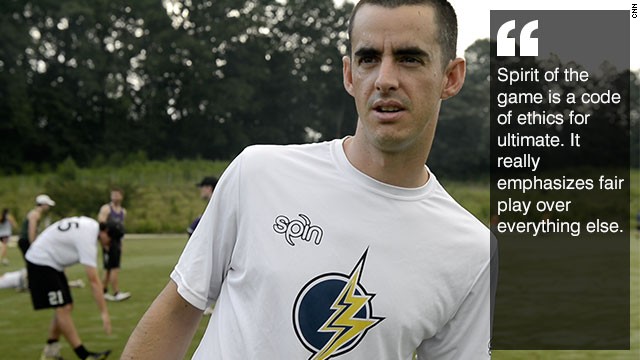 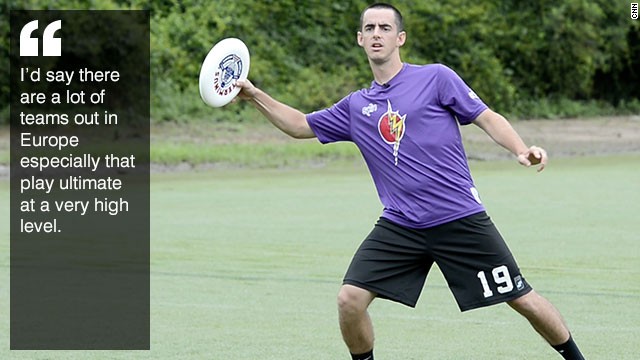 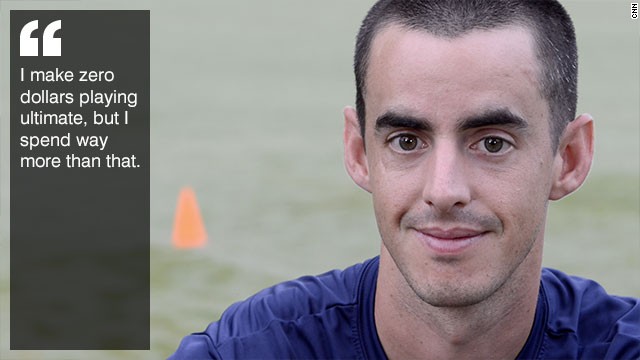 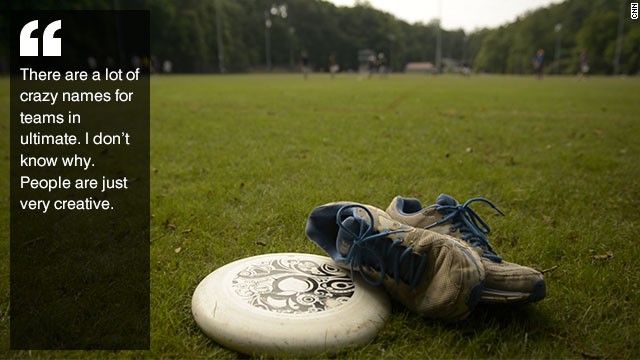 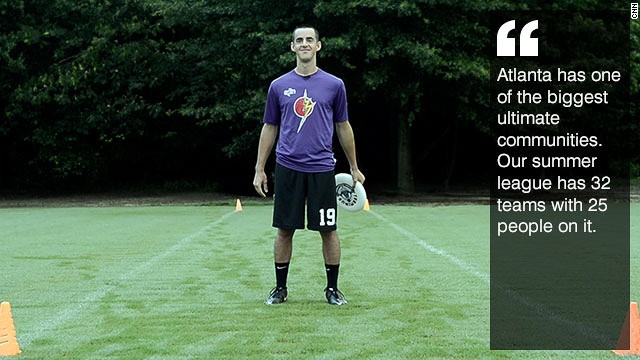 (CNN) -- Scoobers, hammers and laying out - it's the "ultimate" flying saucer attack. And if Mark Poole is right, his sport could soon be coming to an Olympics near you.

Poole is one of an estimated five million people who are taking to green spaces across the United States to play a game that is particularly booming at college level.

But forget outdated notions of dogs scurrying after flying discs in the park, ultimate is a frenetic pursuit that blends aspects of football and rugby into a dynamic "frisbee" package.

And Poole firmly believes a movement that began with the idle toss of a cake pan lid on a Santa Monica beach some 76 years ago is destined for a slot at the greatest sporting show on earth.

"I think that ultimate will become an Olympic sport," Poole, who plays for Atlanta-based team Chain Lightning, told CNN's Human to Hero series.

"The sport has got better on the whole. There are more players that are picking it up in high school and in middle school, and the level of talent is continuing to get younger.

"So we have young kids who are coming out and being stars at the highest level because they're starting so early.

"There's a bunch of amateurs already doing it, and I think it's an international sport, so we can easily play against other teams and we're already doing it -- it's just being part of the Olympics."

According to the USA Ultimate website, membership of college clubs has doubled in the past 10 years, while participation internationally is also growing.

But how do you play it?

Ultimate is contested between two teams, each consisting of seven players.

The aim is to pass your way into the opposition's end zone, just like in American Football, but once in possession players aren't allowed to run with the disc.

The concept was born in California back in the late 1930s when a teenage Fred Morrison and his girlfriend started throwing a popcorn lid back and forth on the beach.

Read: The most brutal water sport?

Through various incarnations this led to Morrison manufacturing his own plastic discs, which were then bought in the 1950s and patented as "Frisbees" by the Wham-O company.

Millions were sold worldwide and by the 1970s the origins of Ultimate had been born.

Poole and his Chain Lightning gang are chief exponents of the sport, winning the USA national championships in 2009. The 29-year-old was also selected in the U.S. ultimate beach team back in 2011, his proudest achievement in the game to date.

Players are constantly harrying round the field of play creating space, executing a variety of throws -- including the "hammer" and the "scoober" -- and flinging themselves around attempting to catch the disc.

Poole says any budding players must be equipped with the three pillars of ultimate: to run hard, jump high and throw far.

We have young kids who are coming out and being stars at the highest level because they're starting so early
Mark Poole, Chain Lightning

But while the game moves at a fast pace, respect is a key component, because ultimate is ultimately self-policed.

"Competition is great, but you want to have good spirit," Poole explained. "I am a proponent of it. I think it's great.

"We don't have any referees in the game, and so people have to make calls against each other and they have to be respectful. We do have observers, though, and they've been very helpful I think.

"They help speed up the game, they keep the clock between points, they keep discussions between two players to a minimum. They let you discuss what you saw, what the other player saw, but then they'll try to come to an agreement or a decision quicker than if they weren't there.

"I think there are still bad calls made -- sometimes observers miss calls just like referees, and they're human. I mean, we're all human, we're going to make the wrong call sometimes, but I think on the whole they have a very positive effect on the game."

If the sport can be classified as quirky, so can some of the names of the teams who compete in the Triple Crown tour alongside Poole's Lightning.

Poole has friends from various teams and says that even though they are spread far and wide, the overriding theme of the league is community.

"I love ultimate because of the players, the people that are involved with it -- they're just very inviting, very welcoming," he said. "I think that's the best part of ultimate.

"It's a situation where you can play competitively and then go out for a drink, go out for food afterwards, even though you're playing against those players you can still be friends off the field."

It might only be a small disc weighing just 175 grams but there are many ways to manipulate it around the playing field.

As Poole explains, the two most common throws are backhand and forehand, just like in tennis, and the best players complete pinpoint passes with a simple flick of the wrist.

The more complicated maneuvers include the hammer, an overhead throw that travels far faster than either the forehand or backhand, used to quickly switch play from one side of the field to the other.

Then there's the scoober, a short flick used to loop the disc over a defender, typically no more than 15 or 20 yards.

But despite the variations of throw, Poole's favorite aspect of the game is attempting to catch.

"My favorite thing to do is lay out," he said. "I dive for the disc, leave my feet and catch the disc as it's going to the ground.

"It means that I can't run it out, I need to extend as far as possible to catch the disc. The disc is the most important thing in ultimate.

"You have to maintain possession, so laying out if you have to do it, you've got to do it."

Ultimate now has two pro leagues in the United States and interest is growing, but for now the Chain and their players are doing it purely for the love of the game.

As Poole says with a smile: "I make zero dollars playing ultimate, but I spend way more than that."