In the middle of a natural disaster? These designs will help you survive 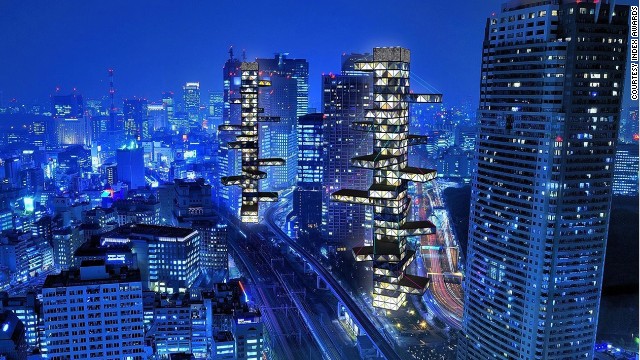 The Thin Scraper is a concept for sleek building that covers just 40 foot-squared, providing a safe and space-efficient housing alternative for victims of natural disasters in built-up areas. 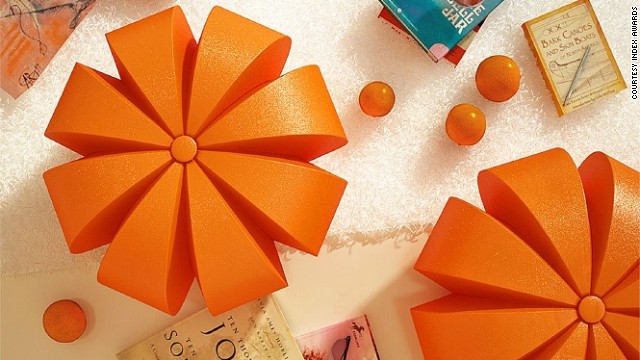 In normal circumstances, the Orange Saver prototype looks like a piece of designer furniture, but in the event of flooding it can be quickly and easily transformed into a life raft ... 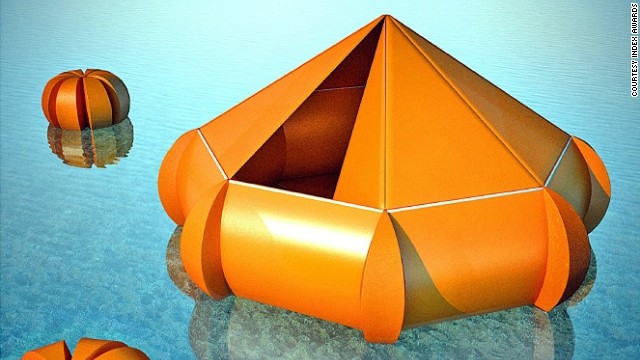 Each inflatable segment around the edge of the raft is independent, so one or two can be damaged and the raft will stay afloat 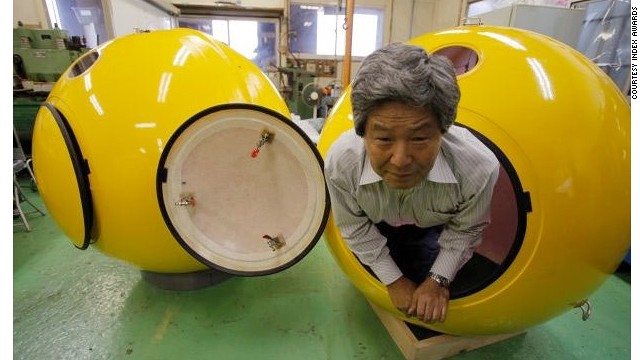 The Noah escape pod was designed in response to the Japanese earthquake and tsunami of March 2011. Not for the claustrophobic, it is designed to accommodate four adults 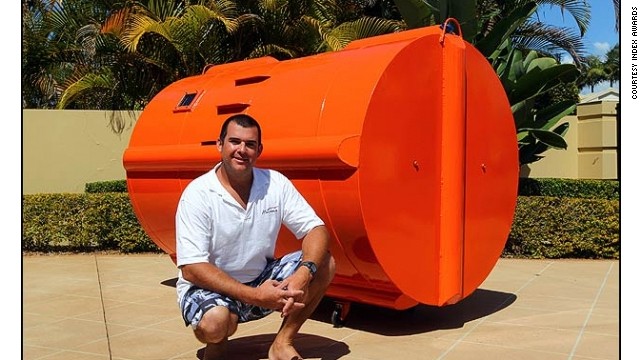 The Tsunami Survival Pod provides a little more space and strength — it will withstand a crushing force of 13,000 pounds 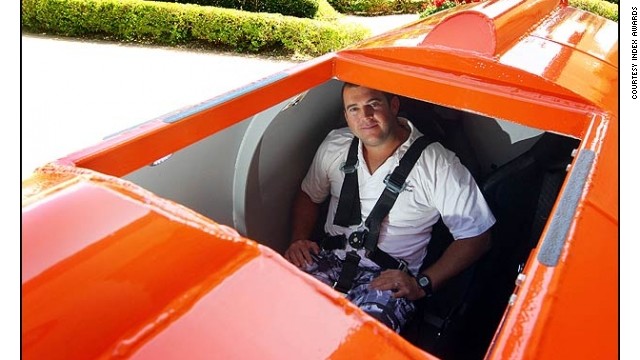 It also carries four adults, who are strapped into bucket seats with five-point safety harnesses 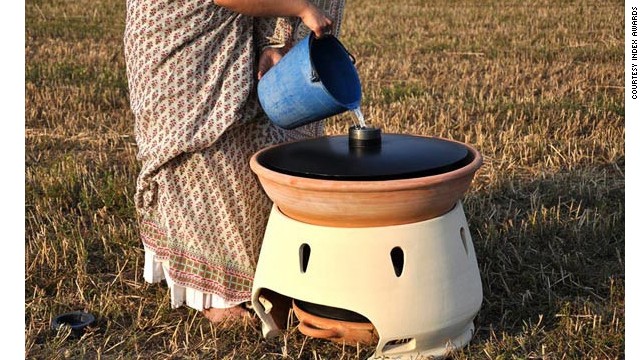 Clean water can be hard to find in the days after a disaster. The Eliodomestico gathers the energy of the sun to distill drinking water from the sea 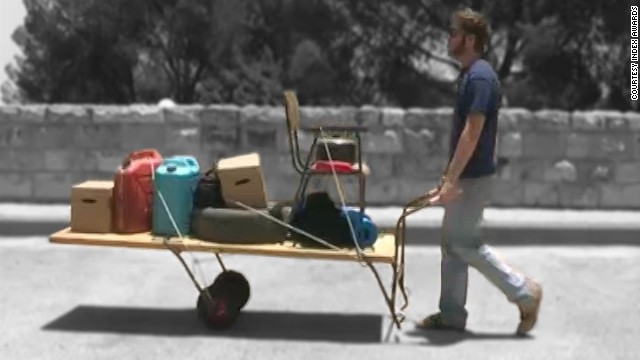 Editor's note: Every two years, the prestigious INDEX: Award seeks out designers working on innovative solutions to global challenges. In this special CNN series, we profile a selection of the nominees.

(CNN) -- When disaster strikes, survival can depend on a few basic needs. Access to clean water, shelter, warmth and sanitation is a matter of life of death in the days and weeks after an earthquake, tsunami, flood or tornado.

With climate scientists predicting that natural disasters will increase in both frequency and intensity in the coming decades, many designers have turned their attention to how they can help to alleviate their impact. Their work includes a broad range of devices designed to save lives by helping rescue workers or giving people caught up in the aftermath of a natural disaster a way to help themselves.

Mikal Hallstrup, chairman of the INDEX: Award jury, said he and his fellow jury members were looking for ideas that could deliver real change. "We're not a design award for designer chairs or more white teacups," he told CNN. "The world simply doesn't need more stuff, so our focus is on meaningfulness. ... No matter how well designed a solution, we're not after great design solving the wrong problems."

He said that successful nominees would address a problem and present an affordable and scalable remedy. "New takes on old problems always get the jury excited," he added. "So do simple solutions to complex problems." And they don't come much more complex or big than a natural disaster.

The Indian Ocean tsunami of 2004 was among the most devastating events of recent years. It led not only to increased interest and investment in early warning systems, but also to the development of personal survival devices for those in the path of an incoming tidal wave. Three of them are up for an INDEX: Award this year, including the Orange Saver, a stylish piece of furniture that unfurls into a life raft if the need arises. It's kept afloat by eight separate inflatable segments so that it will still be buoyant even if one is damaged.

The Noah miniature ark takes up a little more room than the Orange Saver but its designers intend it for the "average Japanese home". The bright yellow ball, four feet across, is made from fiber-reinforced plastic and will accommodate four adults. Once the hatch is sealed the pod is waterproof, buoyant and tough enough to fend of debris in the water. Vents in the roof allow in fresh air. The Noah is already in production and sells for about $5,500.

More robust still is the Tsunami Survival Pod built by Havana Houseboats in Australia, which is crush-resistant to a weight of more than 13,000 pounds. It can accommodate four adults strapped into racecar-style seats and with the door closed it's completely sealed — it contains enough air for about two and a half hours before the occupants would have to open the doors.

Shelter from the storm

Finding safe, warm shelter is a priority for the victims of earthquakes and flooding. In these extreme circumstances, functionality normally outweighs aesthetics, but Marco di Piaggi's Thin Skyscraper unites both. The Italian architect envisages a multi-storey building made from prefabricated sections of glass and steel, providing high-quality accommodation for hundreds of people while sitting on a site just 40 feet square. That's a much more efficient use of space than conventional emergency housing and, unlike many other temporary shelters, it can be dismantled and reused over and over again.

A more down-to-earth solution comes in the form of the Next Generation Compressed Earth Brick which would provide the materials for solid, semi-permanent housing in the wake of a disaster. Compressed-earth buildings are already widely used, but the team behind this prototype propose to scale up the process to produce blocks four feet long, two feet deep and six inches wide. Mobile hydraulic presses could pump out the super-sized bricks at a rate of three per minute, the designers say — enough for two small houses every day.

Sometimes the simplest ideas are the smartest, and they don't come much smarter than the Paklaot. Consisting of four metal parts, the kit converts a door or any other suitably shaped surface into a sturdy trolley for moving personal possessions out of the disaster zone or clearing away debris.

Let there be light . . . and water and power

Natural disasters often disrupt basic utilities such as gas, electricity and mains water, forcing people to live off the grid, sometimes for months. Drinking water is often the most acute need, and two INDEX nominees find it in very different places. The Moses gun punches a hole in domestic water tanks so that people can drink the water inside. Its Israeli designer says the solar heating systems used in homes in many parts of the world contain enough clean water to ensure a family's survival for several days.

For longer-term use, or for those without access to solar tanks, the Eliodomestico distiller converts seawater into fresh drinking water. Intended for use in hot climates, the simple design works purely from the energy of the sun. A matte black boiler at the top of the terracotta urn absorbs heat, transferring it to the seawater and causing it to evaporate. Fresh water then condenses at the cool base of the unit, where it remains until it is needed. The Italian designer has built a prototype that delivered five liters of water per day in test conditions.

The sun is also the energy source behind the NOMAD solar lamp, whose 12 LED lights provide equivalent illumination to a 40-watt bulb. At maximum power, a six-hour charge provides six hours' light, but the light can be dimmed to prolong battery life — at 15% power, a single charge will provide 35 hours of light. As well as providing emergency lighting, the NOMAD is designed to replace oil lamps in developing countries, where kerosene fires and fumes cause many injuries and deaths each year

The winners of the world's largest design prize have been revealed -- including a miniature computer and a birthing simulator.
A day in the city of the future
updated 11:39 AM EDT, Thu August 29, 2013

Self-assembly homes and underground parks: see how futuristic designs from this year's INDEX: Award could soon be improving your life.
Skate park and green roofing
updated 7:01 AM EDT, Wed August 28, 2013

Innovator Daan Roosegaarde describes how "intelligent roads" could revolutionize the future of transportation.
Designs for when disaster strikes
updated 5:49 AM EST, Tue November 26, 2013

Imagine designing your home on a computer, after which building blocks are printed and snapped together.
Beijing's aerial environment
updated 11:44 AM EDT, Wed August 14, 2013

A plastic bottle, filled with water, bleach and dropped into a hole of a tin roof, brings light to the slums of Mumbai.
Reducing bacteria with Fresh Paper
updated 11:45 AM EDT, Wed August 14, 2013

This five-inch square paper is made out of edible organic extracts that prevents bacterial and fungal growth.