London (CNN) -- Never mind the traffic, car owners in London have a new hazard to worry about: A skyscraper whose reflected rays have the power to melt cars.

It may sound like science fiction, but it was no joke for Jaguar XJ owner Martin Lindsay, who parked his pricey ride near the under-construction building, officially called 20 Fenchurch Street, but known by many Londoners as the "Walkie Talkie" for its distinctive shape.

When he returned to the car, he found some panels warped beyond repair by the beam of light reflected down from the curved side of the landmark glass tower.

The developers of the 37-floor building, Canary Wharf and Land Securities, have said they'll pay for the high-spec vehicle to be fixed. 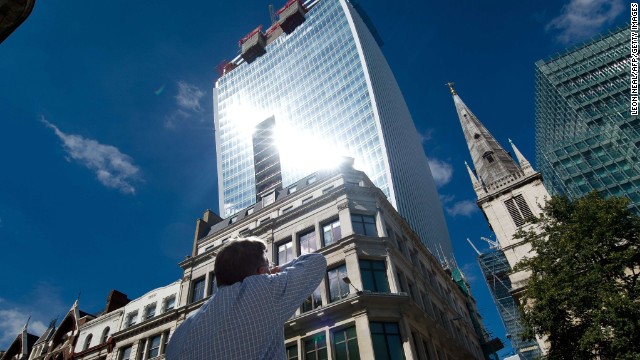 Intense light beams down from the new "Walkie Talkie" tower in central London on Friday, August 30. The curved side of the glass tower reflects such a strong beam of light that it has melted parts of cars. 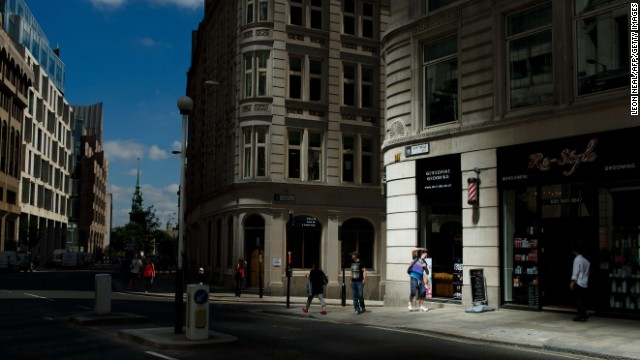 A man shades his eyes in a shaft of intense sunlight reflected from the glass windows of the building on August 30. 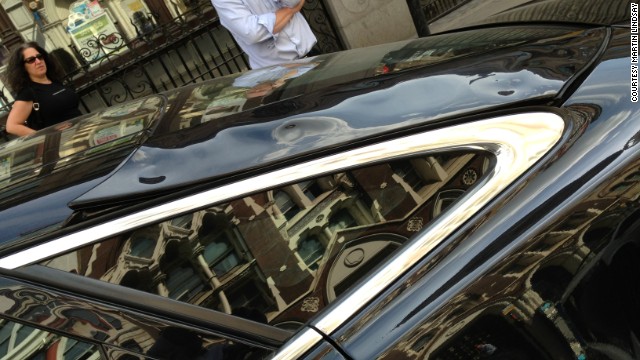 Martin Lindsay's Jaguar XJ was damaged by the bright light reflected by the skyscraper. 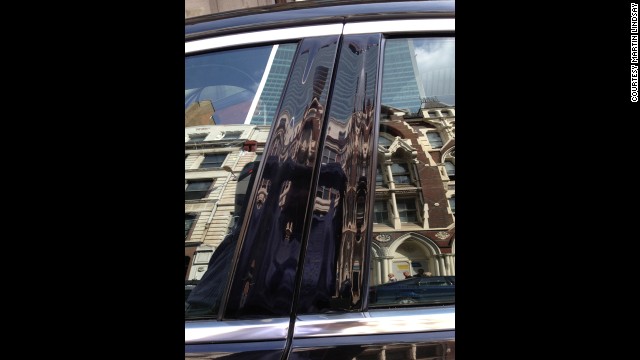 Lindsay parked near the under-construction building. When he returned to the car, he found some panels warped beyond repair by the beam of light. 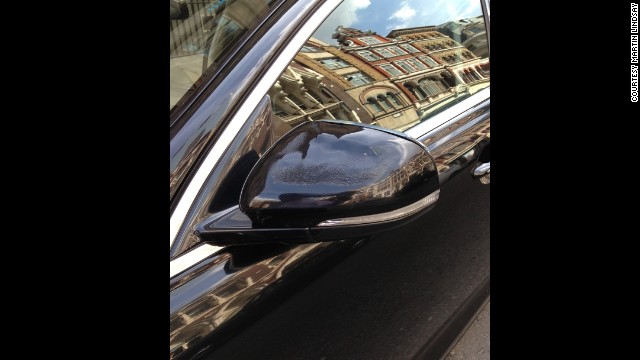 The side mirror was warped by the extreme heat. 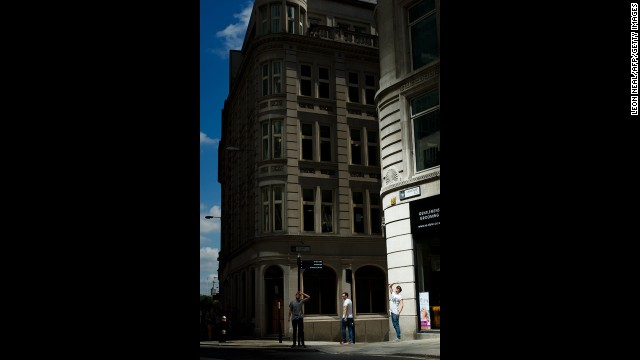 "The phenomenon is caused by the current elevation of the sun in the sky. It currently lasts for approximately 2 hours per day, with initial modeling suggesting that it will be present for approximately 2-3 weeks," the building developers, Land Securities and Canary Wharf, said in a joint statement. 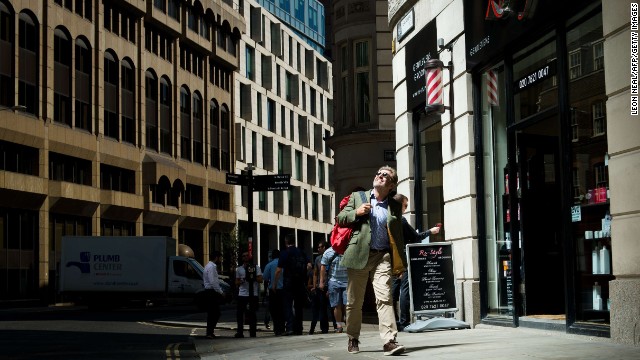 Three parking spaces around the building have been blocked off in order to avoid any more vehicles being damaged. 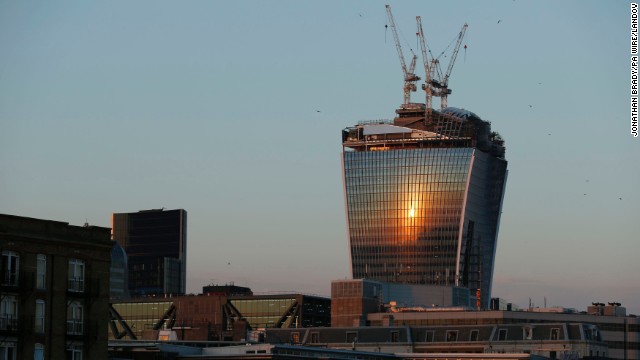 "Canary Wharf Construction and Land Securities have been very good and agreed to pay for the damage, and accept that there is an issue which they will resolve," Lindsay told CNN.

"I am in construction and sometimes things go wrong which nobody would have envisaged, and this is one of them."

The City A.M. newspaper said light reflected from the building had also previously damaged a van parked on the same street, Eastcheap.

A joint statement from Land Securities and Canary Wharf said they were taking the issue of light reflecting from the building seriously.

The developers have been in touch with local businesses and have arranged with local authorities for three parking spaces which may be affected to be suspended, it said.

"In addition, we are consulting with local businesses and the City to address the issue in the short-term, while also evaluating longer-term solutions to ensure the issue cannot recur in future."

20 Fenchurch Street, designed by architect Rafael Viñoly, will feature about 33,000 square meters of glass -- an area equivalent to more than 4.5 soccer pitches -- once complete.

It's not the only building reportedly to have directed scorching light onto the ground below.

The Las Vegas Review-Journal said in 2010 that the glass-sided Vdara Hotel in Las Vegas was reflecting a ray of light so intense that it scorched the hair of a visitor using the hotel's pool, as well as melting a hole in a plastic bag he had by his sun lounger.

Hotel pool employees called the phenomenon the "Vdara death ray," the newspaper reported. A spokesman for the hotel's owner told the paper it was working on design solutions.