Swedish curling sensation Niklas Edin: 'I used to be like John McEnroe' 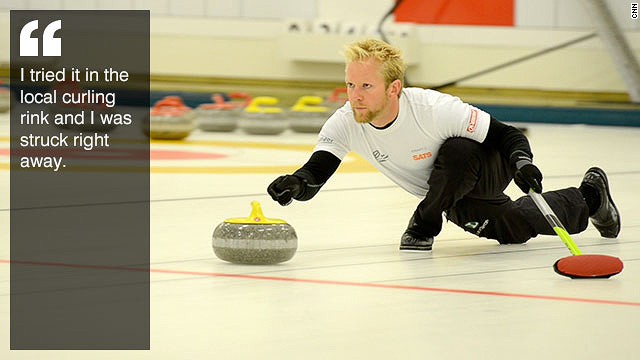 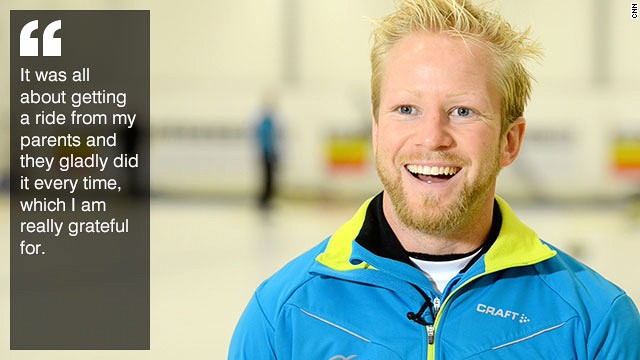 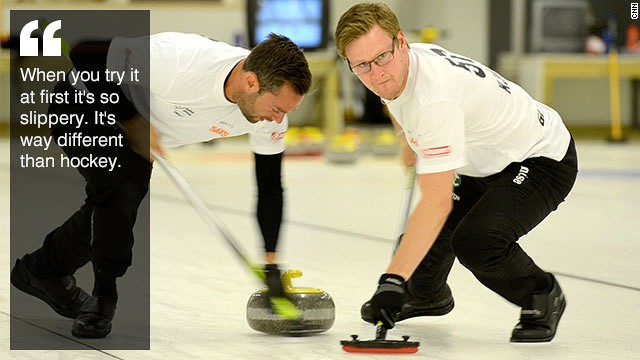 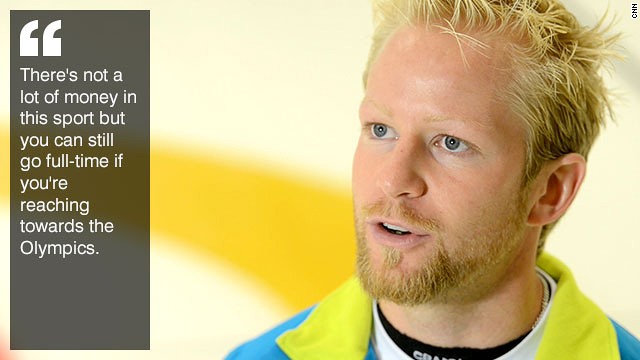 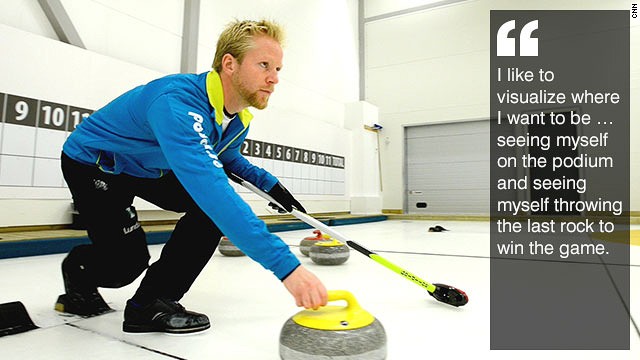 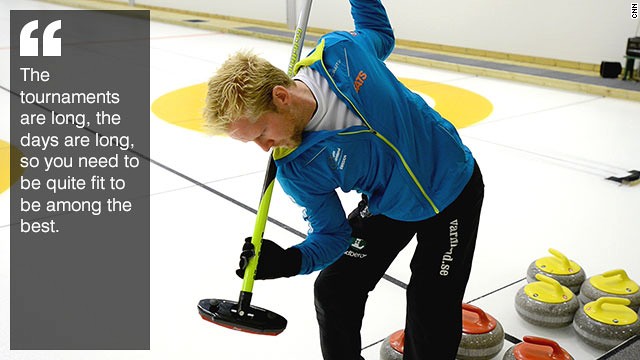 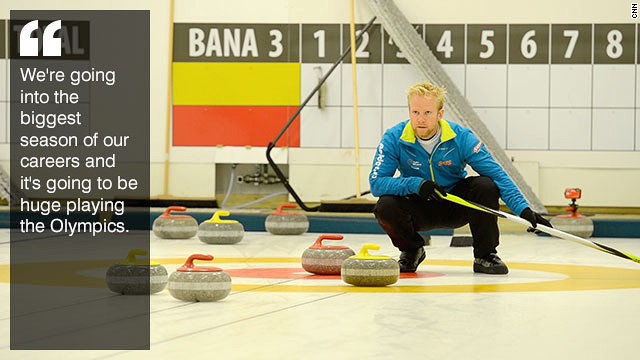 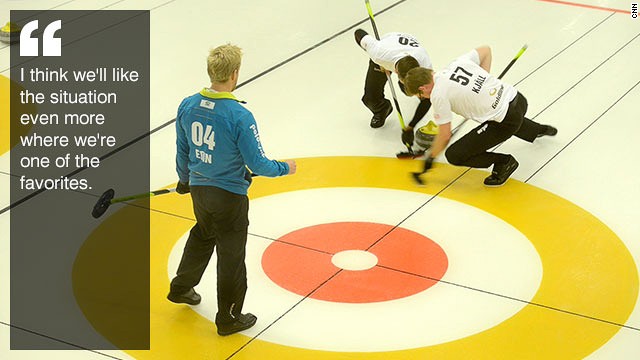 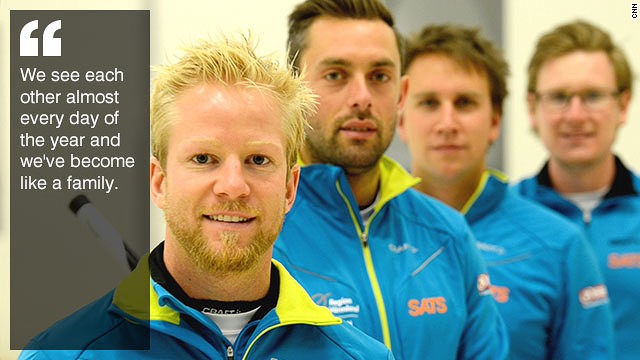 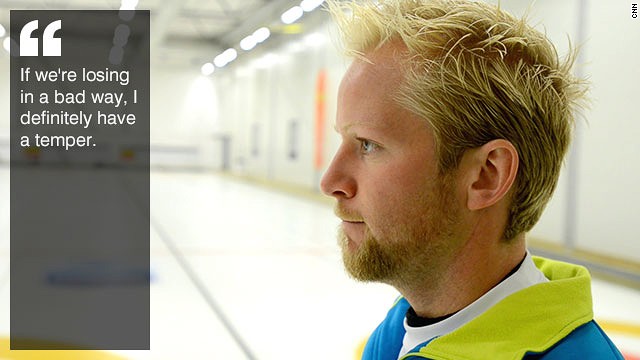 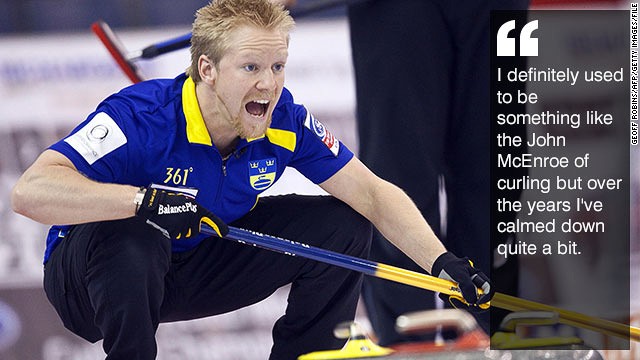 (CNN) -- Winters can be depressingly long in Sweden but when it comes to sports played in those chillier months, curling usually isn't the first choice for youngsters in the Scandinavian nation.

They would rather put on skates and dabble in ice hockey or go skiing, with the likes of Nicklas Lidstrom and Ingemar Stenmark providing ample inspiration.

The country has also produced legendary tennis players, such as Bjorn Borg, and in Zlatan Ibrahimovic possesses one of football's biggest talents in recent decades.

Niklas Edin is glad, though, that he chose curling -- even if it is less glamorous and lucrative.

He has mostly overcome his fiery temper and a troubling back injury to make history and end Canada's dominance in a sport dubbed "chess on ice." And, at 28, he is part of a younger generation with big ambitions.

For Edin, his teammates and Sweden, the timing is good since the Sochi Winter Olympics are a mere five months away.

"We're going into the biggest season of our careers and it's going to be huge playing the Olympics," Edin told CNN's Human to Hero series. "We're one of the favorites to do good so it's definitely going to be a different season for us leading up towards that."

As the men's skip and team leader, Edin led Sweden to victory at the 2013 world championships in April.

He not only beat Canada's Brad Jacobs -- another 28-year-old -- in the gold-medal game but did so on Canadian soil in Victoria.

It snapped Canada's three-year stranglehold on men's gold at the world championships and gave Sweden its first men's title since 2004.

Read: Back to school for rally superstar

Having also triumphed at the European championships last December in his hometown of Karlstad -- a small city located about 160 miles west of the Swedish capital Stockholm -- Edin became the first skip to achieve that double in the same season.

No wonder Sweden is one of the favorites in Sochi.

Edin has already visualized capturing gold at the Olympics. Far from being a sign of cockiness, it provides him with motivation.

"It's always good to be the underdog and to not have anything to lose. It's easier that way. But now that we've come a bit further I think we'll like the situation even more where we're one of the favorites."

Edin decided to try curling after he watched the Swedish women win bronze at the 1998 Olympics in Nagano, Japan. Curling didn't run in the family, as his father is a farmer and his mother is a teacher who instead liked figure skating.

"I tried it in the local curling rink and I was struck right away," said Edin.

The sport combines power with touch and strategy.

Controlling the 20-kilogram stone while sliding isn't easy and placing it in a particular spot at the other end requires ample skill. Despite the indoor venues, the weather outside can affect conditions inside.

"You can go up to 90% of your maximum pulse when sweeping and during a game we have to do that multiple times throughout that three-hour game, so it can be really exhausting," said Edin. "Then the tournaments are long, the days are long, so you need to be quite fit to be among the best.

"When you try it at first it's so slippery, it's way different than hockey and those sports. It's so tough to find your balance at first but then when you do that it's more about tactics and more about the skills.

"To be amongst the top-10 teams in the world, you definitely need to be good at chess to have a good strategy."

Read: Why Sochi is a battleground for gay rights

Once it was apparent that he had a special talent, Edin focused solely on curling and devoted all of his time to his new passion.

A world junior title followed and at the 2010 Olympics in Vancouver, not far from Victoria in British Columbia, Sweden finished a respectable fourth under Edin.

The team now plays about 20 tournaments a season, enough to make a living.

And if Edin stands highest on the podium in Russia next February, his finances will likely improve further given the endorsement opportunities a gold medal brings.

Sweden is the two-time defending champion among the women, but its men are seeking a maiden Olympic triumph.

"There's not a lot of money in this sport but you can still go full time if you're reaching towards the Olympics and you get funding from the Olympic association and stuff like that," said Edin. "For us it's been full-time the last few years and building up to the Olympics."

Although Edin's rise has been quick, it hasn't been without struggles.

He had back surgery in 2010 after being diagnosed with multiple herniated discs, and needed another operation after the problem flared up on the eve of the 2012 world championships in Switzerland.

He shared skip duties with Sebastian Kraupp yet amid the turmoil Sweden grabbed bronze in a tense win over Scandinavian rival Norway.

"It's been a long struggle for the whole team and for (Edin) especially," Kraupp told reporters.

Edin now says of the back issues: "I'm feeling better."

His composure has gotten better, too, although it remains a work in progress.

He openly admits to having acted like tennis bad boy John McEnroe in the past, losing his cool when things weren't going his way.

"Over the years I've calmed down quite a bit and try to be as good as I can towards all the people around me on the curling sheet or curling rink because I think it's in the interest of the sport -- like golf, where you show respect to one another," said Edin.

"Even if you want to win you don't want to show that disrespect to the other people around you so I try to calm myself down. But if we're losing in a bad way I definitely (have a) temper."

However, Edin doesn't often lose in a bad way nowadays.